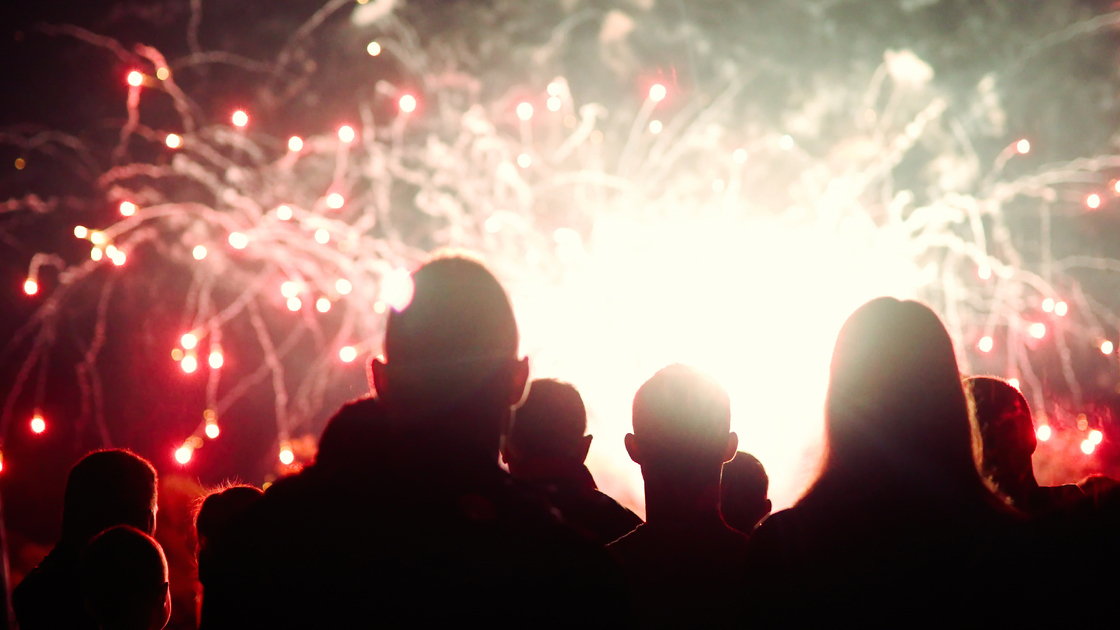 Anyone who plans to celebrate New Year’s Day really should first know where the practice came from.

New Year’s is the oldest of all holidays. The ancient Babylonians began keeping the festival nearly 4,000 years ago. Spiritual purification was the underlying reason for their New Year’s festival. People wanted to amend their old ways and find new beginnings. Held at the time of spring planting, New Year’s festivities were also an appeal to the gods to provide agricultural abundance. This is the ancient root of the New Year’s resolutions tradition.

As this pagan festival was passed down to succeeding generations, it changed in character and in customs. The Greeks held a not-so-religious New Year’s-type festival in late March. The early Romans imitated the Greeks, holding a similar festival at the same time.

In 46 b.c., Julius Caesar moved the new year to January 1. The Romans observed New Year’s by engaging in drunken orgies—a ritual they believed constituted a personal reenactment of the chaotic world that existed before the cosmos was ordered by the gods.

About 500 years later, Pope Gregory xiii abandoned the Julian calendar and established the calendar that has been followed by our Western world ever since. Most people don’t consider that the Roman Catholic Church established the beginning of our year in the middle of winter.

The origins of the New Year’s celebration are marked by confusion, paganism and perversion. Even today, New Year’s is generally celebrated with late-night partying, drunkenness and debauchery. God condemns drunkenness and other “works of the flesh” (Galatians 5:19-21).

A professing Christian might reason, I don’t get involved in the party spirit of New Year’s. I just like having a new beginning and fresh start. Even so, the Bible is clear that God is against observing this holiday.

There is disagreement in the world over when the new year actually begins. The Chinese and Vietnamese celebrate a new year sometime between January 20 and February 20. The Sinhalese new year falls between April 13 and 14. The Malayalam calendar places the new year in mid-August. The Ethiopian new year is in mid-September.

As Creator of times and seasons—and not the author of confusion (1 Corinthians 14:33)—God makes clear when the new year begins according to His sacred calendar as preserved by the Jews.

Notice: “And the Lord spake unto Moses and Aaron in the land of Egypt, saying, This month shall be unto you the beginning of months: it shall be the first month of the year to you” (Exodus 12:1-2). This month was named Abib (Exodus 13:4). You may be surprised to learn that it begins at the time of the spring equinox.

God expects Christians to come out of this world and the ways of this world (Revelation 18:4). That includes its annual celebrations that are steeped in paganism (including Easter, Christmas, New Year’s and others). He warned the ancient Israelites to avoid the practices of the pagans and to instead obey His commandments (Leviticus 18:2-4). This is still true for us today: God is “the same yesterday and today and for ever” (Hebrews 13:8; Revised Standard Version). If you profess to be a Christian and follow Christ, then God expects you to prove right from wrong, and to choose the right.

“Take heed that you be not ensnared to follow them [the pagans and their customs], … and that you do not inquire about their gods, saying, ‘How did these nations serve their gods?—that I also may do likewise.’ You shall not do so to the Lord your God; for every abominable thing which the Lord hates they have done for their gods …” (Deuteronomy 12:30-31; rsv).

With a detailed study of God’s Word, it becomes apparent that God condemns the celebration of any pagan festival—that includes New Year’s. Not simply because it is celebrated at the wrong time of year, or is often accompanied by drunkenness and sin, or is rooted in paganism—but also because it clouds the meaning of His holy days.

God has specific days He commands true Christians to observe. Those days are outlined in Leviticus 23. Observing the holidays of this world, mankind ignores the days God set apart for special observance.

Satan, the god of this world, has deceived mankind (2 Corinthians 4:4; Revelation 12:9). Dating back 4,000 years to the time of Babylon—and even before—the devil has used festivals such as New Year’s to obscure the true holy days of God. They are a Satan-inspired counterfeit to the God-ordained festivals.

The days God commands His people to observe lay out His master plan for mankind. They are filled with abundant hope. They represent a new beginning that eclipses any new year of this world. It will be a fresh start to a time of joy, peace and happiness for eternity.

For more information on this subject, read “God Wants You to Have a Happy New Year” and Herbert W. Armstrong’s booklet Pagan Holidays—or God’s Holy Days—Which?