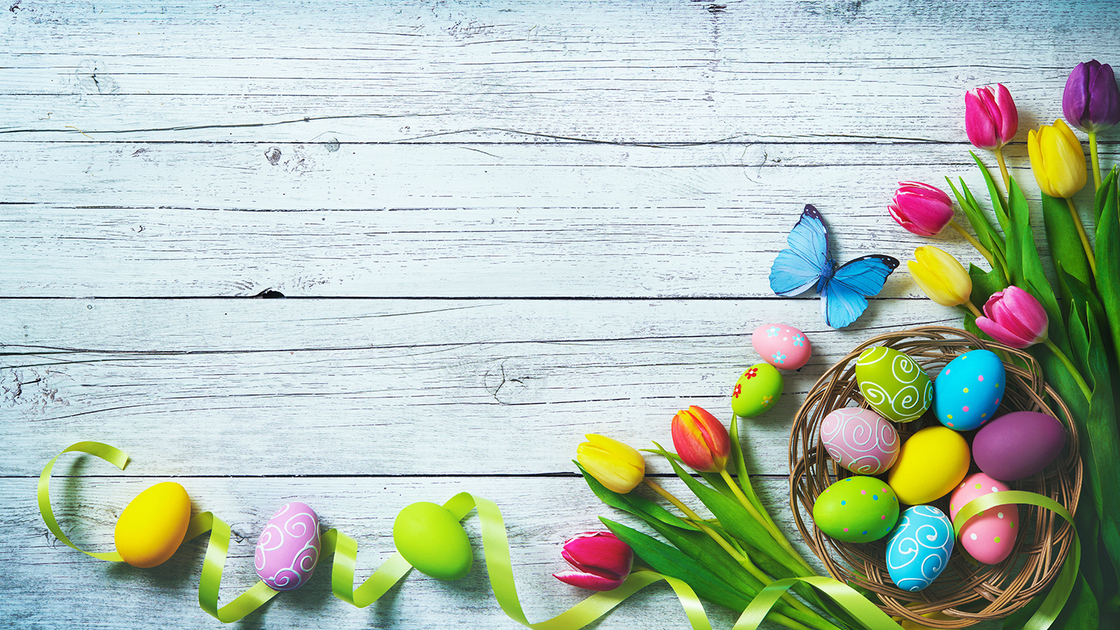 Most people assume it is part of the true Christian religion to observe Lent, “Holy Week,” “Good Friday”; to buy hot cross buns at the bakery; to have colored Easter eggs; to dress up and go to church Easter Sunday; perhaps to attend an Easter sunrise service.

What about you? Have you merely assumed these things to be true? God commands us to prove all things (1 Thessalonians 5:21). If we accept something without proving it, we are vulnerable to deception.

Where did Easter come from? How did it become part of the Christian religion? To understand why Christians observe an Easter sunrise service, we need to know its origins.

Here is how the Catholic Encyclopedia explains it: “The English term [Easter] relates to Estre, a Teutonic goddess of the rising light of day and spring ….” The Babylonian name for this goddess was Ishtar. The Phoenician name was Astarte, the wife of the sun god, Baal. These facts can be confirmed by many sources.

This goddess is actually ancient Semiramis, the mother and wife of Nimrod, the mighty warrior who rebelled against God (Genesis 10:8-9; before should be translated against—Strong’s Concordance). They were the founders of the pagan religion of ancient Babylon. Since she claimed to be the wife of the “sun god,” Semiramis became widely known as the “queen of heaven.”

This brings us to the Bible’s first reference to Easter observance: “Do you not see what they are doing in the cities of Judah and in the streets of Jerusalem? The children gather wood, the fathers kindle fire, and the women knead dough, to make cakes for the queen of heaven; and they pour out drink offerings to other gods, to provoke me to anger. Is it I whom they provoke? says the Lord. Is it not themselves, to their own confusion?” (Jeremiah 7:17-19; Revised Standard Version). Baal worship is similarly denounced throughout the Bible as abominable idolatry (1 Kings 22:53; Jeremiah 32:35).

Ezekiel 8:16-17 tell us God is also provoked to anger by another abomination: “worshipp[ing] the sun toward the east.” Though this scripture refers to a time centuries before Christ, this is exactly what millions of Christians do every Easter Sunday today: stand with their faces toward the East, as the sun is rising, in a service of worship. These practices that anger God have nothing to do with Christ; they have their roots in worship of the gods of Babylon.

How, then, did Easter become part of traditional Christianity?

Early true Christians observed Passover annually on the 14th day of the Hebrew calendar’s first month, Nisan. About 100 years after Christ’s death, Pope Sixtus of Rome began making the switch to Easter Sunday. However, Polycarp—appointed bishop of the Church of Smyrna by the apostles who had been personally instructed by Jesus Christ—continued to keep Passover just as the Apostle John had taught him.

A controversy calling for the annual Sunday observance of “Easter” continued for almost 200 years. Finally, Easter was officially adopted by the church at Rome at the time of Constantine in a.d. 325—nearly three centuries after Jesus’s crucifixion. The decision of the Council of Nicaea in that year was unanimous: Easter was to be kept on the same Sunday throughout the world, and “none hereafter should follow the blindness of the Jews” in keeping Passover. This decision was not based on Scripture, but on the personal preferences of church leaders at that time.

Those few who continued to keep the Passover on the 14th day, in keeping with the Bible’s command, were named “Quartodecimani” and were forced to separate themselves from the church backed by the Roman Emperor Constantine.

Adopting the popular Easter practice centered on Sunday worship helped the politically backed church at Rome grow to great size and power. Meanwhile, those who practiced the teachings and examples of Jesus Christ and the early apostles became persecuted outcasts.

The word Easter is never even mentioned in the Bible. Although “Easter” is found once in the King James translation, the Greek word translated “Easter” in Acts 12:4 is, in fact, pascha—the word for “Passover.”

Since we can see what God does not want us to observe, what does the Bible say we should commemorate at this time of year? Many focus on the birth of Jesus Christ; many focus on His resurrection. But God requires all true believers to commemorate His death by observing the Passover (1 Corinthians 11:23-26). Few follow this command. Instead, the masses observe festivals that are steeped in paganism. How about you?