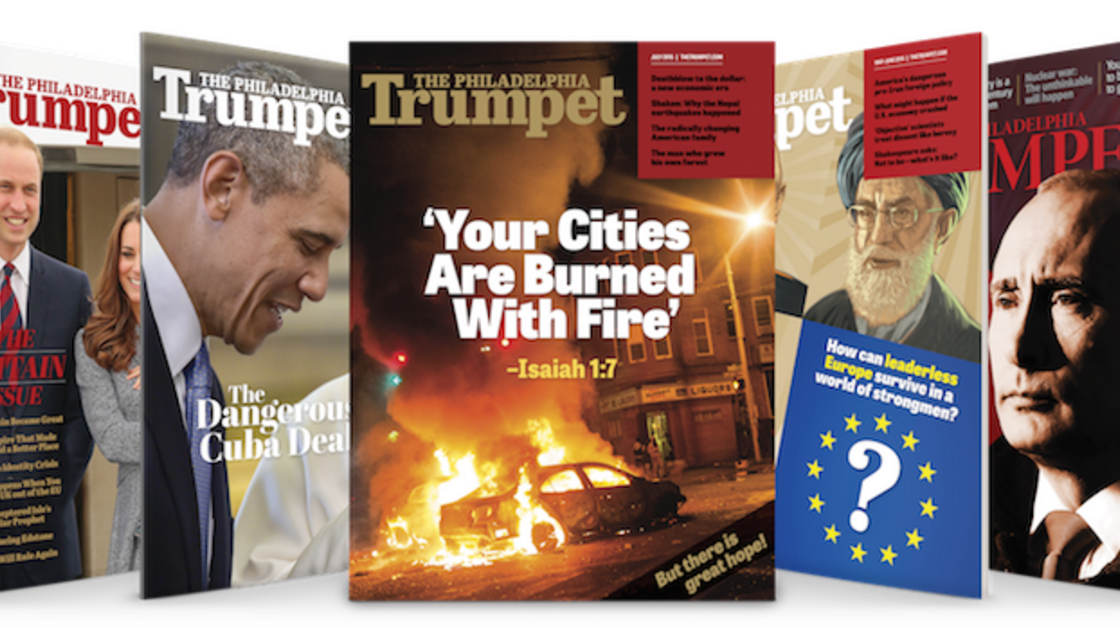 The Philadelphia Trumpet newsmagazine is read by more than 1 million people all over the world. Published in five languages—English, French, German, Italian and Spanish—the Trumpet is the pcg’s flagship magazine.

The Trumpet analyzes today’s world events through the scope of biblical prophecy. It takes a hard look at what the Bible says, and squares that with what we see in the tumultuous world around us. With the Trumpet’s unique perspective, the prophecies recorded in the Bible spring to life and bring a sense of meaning and a bright ray of hope to a world gasping for breath.

From its first issue in 1990 to its readership of over 1 million, the Trumpet has shown readers not only what is happening in the world and how it is important, but also why it is happening—and what to expect for the future.

The Trumpet features extensive coverage of the hottest spots of world news—both in today’s headlines and in biblical prophecies—including the Middle East conflict, state-sponsored terrorism, the European Union, Russia, China, and the decline of the United States, Britain and Israel. Hard-hitting, in-depth articles covering national and world economies, terrorism, health issues, geopolitics, morals, religion, science, security, energy, the media and a host of other topics appear 10 times a year in the print edition and multiple times per day on theTrumpet.com.

As the Trumpet’s home on the Internet, theTrumpet.com features electronic issues of the print edition magazine, but it also encompasses much more. It is updated, with current news items throughout the day, and features an abundance of original content not found in the print issue. The site also features original narrated video content, links to key newswire stories, issue archives, search capability, a literature library and more. As with all the church’s media, a subscription to theTrumpet.com is absolutely free.