The Man Who Couldn’t Afford to Tithe
Many today, reason in their own minds that they can’t afford to tithe, even though they know the Bible commands it.
By Gareth Fraser • February 2008 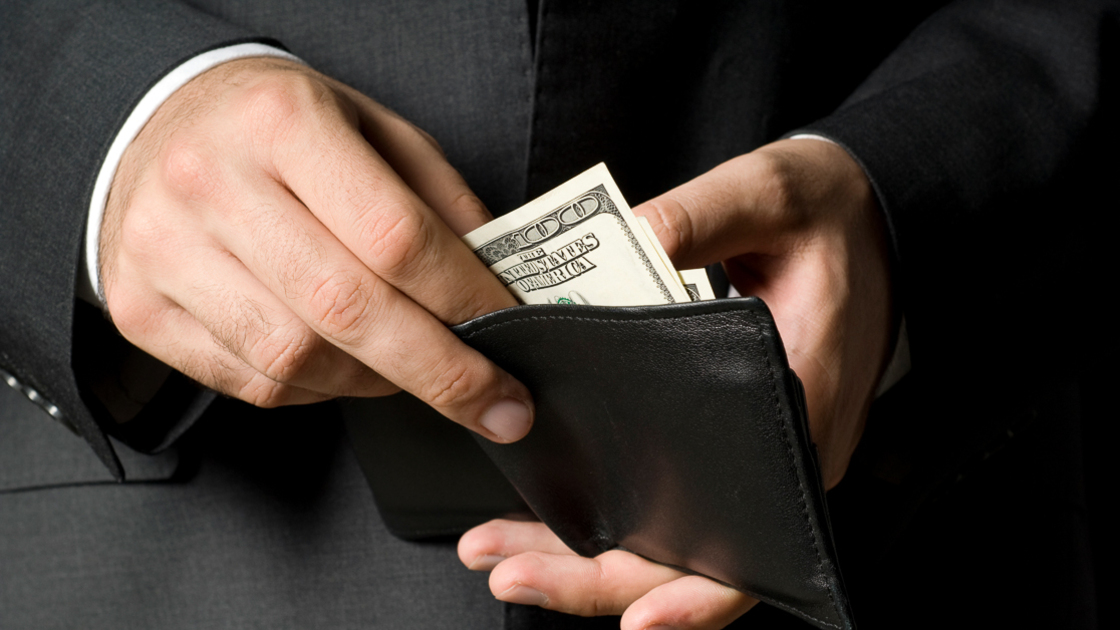 The Great Depression had struck! It was late in 1933, and work was hard to come by.

Herbert W. Armstrong was conducting Sabbath services in a one-room country schoolhouse just west of Eugene, Oregon. Ed Smith, who attended services with his wife, Emma, but made no vocation of Christianity at that point, was finding work hard to come by. Ed was a well-driller by trade, yet due to financial crisis, nobody could afford to drill wells.

Although Ed was not a Church member, at this point he managed to find the time to travel the local countryside participating in biblical discussions with his professing Christian neighbors.

“‘You’ve got to pay tithes and obey God,’ he insisted. ‘The Bible says so. It’s PLAIN!’ One of his neighbors became irritated. ‘Look here, Ed,’ the neighbor exploded, ‘why do you come around here trying to talk me into these things, when you don’t obey the Bible or pay tithes yourself?’ ‘Because,’ came Ed’s quick and ready answer, ‘I don’t profess to be a Christian, and you do. Besides,’ he added, ‘I can’t afford to tithe, anyway’” (Plain Truth, April 1973).

Many today, like Ed Smith, reason in their own minds that they can’t afford to tithe, even though they realize the Bible clearly commands it.

Mr. Armstrong later preached a sermon answering the question of whether the unconverted should obey the Ten Commandments and pay tithes or, as Ed Smith reasoned, that observance was only for the converted Christian. Mr. Armstrong proved that the law of God was set in motion for the good of mankind. Peace, prosperity, happiness and abundant joy in this life emanate from obeying God’s law, as well as eternal life through Jesus Christ for those begotten of God. Mr. Armstrong showed the small Oregon congregation that the law of tithing pays off and is the only real rational path for an abundant, successful life—completely apart from the issue of salvation.

God promises to prosper tithe payers. Malachi quotes God saying, “Bring ye all the tithes into the storehouse, that there may be meat in mine house, and prove me now herewith, saith the Lord of hosts, if I will not open you the windows of heaven, and pour you out a blessing, that there shall not be room enough to receive it” (Malachi 3:10). Tithing is a definite law that God has set in motion for us to obey for the benefit of humanity—whether those converted or unconverted.

“‘That’s Ed’s first tithe,’ she said triumphantly. ‘We are now down to $10, and Ed decided to start tithing with what we have on hand.’ The very next service she came to me with another happy smile. ‘Here’s a five-dollar bill,’ she said. ‘The very next day after Ed gave God’s work a tenth of all he had, a customer who had owed him $50 for a year came and paid up. So here’s the tithe of that $50. After paying the total of $6 tithe, we now have $54 on hand instead of the $10 we had the other day.’ It was beginning to pay—but only beginning. By the next service, as I remember it, Ed had received his first order in one or two years to drill a new well, for which he received cash payment. Before he finished that job, another one was contracted. Soon he had three or four jobs coming in at once and was forced to begin employing men to work for him. Ed Smith was only one of many I have known who learned by experience that one cannot afford not to pay God the tithe that belongs to Him!” (ibid).

Why Did God Ordain Tithing?

God’s law tells us that we should tithe the “increase” we receive (Deuteronomy 14:22). “Increase” means the gross income that comes to us as a result of our own productive efforts. In other words, it is income that we earn ourselves.

It isn’t that God really needs our first tenth. He could have established a different system of funding His work. To have done so, however, would have robbed us of the blessing that flows back to us if we are faithful in our tithes and offerings.

A tithe payer prospers. That doesn’t mean he will be wealthy. But his needs are always supplied. Those who tithe are not often in want (Psalm 37:25). The greater rewards for submission to the tithing law are eternal! “Not because I desire a gift: but I desire fruit that may abound to your account” (Philippians 4:17). God promises that His people will always have something to give to His work (Deuteronomy 16:16-17). It is only when we withhold and misappropriate tithes and offerings that God fails to prosper us. He doesn’t want us to suffer; He wants us to be happy, joyful people, blessed and prosperous (3 John 2).

“Honour the Lord with thy substance, and with the firstfruits of all thine increase: So shall thy barns be filled with plenty, and thy presses shall burst out with new wine” (Proverbs 3:9-10). Financial blessings!

Are you behind financially? In debt? Struggling to make ends meet? Unfaithfulness in your tithing could well be the reason! If you are withholding what is due to God, you are in sin! “[B]ehold, ye have sinned against the Lord: and be sure your sin will find you out” (Numbers 32:23). We cannot run from God’s binding law. In Galatians 6:7, the Apostle Paul reminds us that God is not mocked, and that which we sow we shall surely reap.

Tithing While in Debt

Concerning our material and financial needs, and even our debts, God admonishes us; “[S]eek ye first the kingdom of God, and his righteousness; and all these things shall be added unto you” (Matthew 6:33). Your tithe is the debt that you owe God. This payment is first in order of bills to pay! We need to be sure we are paying our debt to God, making Him our financial partner, and then we’ll receive the assured blessings of prosperity. Doing so will enable us to pay our debts, secure a job and have our needs met.

We must remember that all we have comes from God. It is His gift to us. “Behold, the heaven and the heaven of heavens is the Lord’s thy God, the earth also, with all that therein is” (Deuteronomy 10:14). We simply hold the responsibility of custodian, handling that which belongs to someone else—God. How seriously do we take this responsibility? It should be paramount in our lives—a top priority.

The first tenth, in addition to offerings, is His portion. The remainder He gives freely to us. However, if we take to ourselves that which is God’s, we are stealing and robbing God (Malachi 3:8). Ask yourself this question: Would you pay your personal debts with money another man has entrusted to you? If a banker does that, he’s labeled an embezzler! Rebellion in tithing leads to suffering and loss of prosperity.

The only sure way to know you have God as a partner and that He is taking care of your interests is to obey Him in tithing. When God receives His portion of all your income, He becomes your financial partner, sharing the profits. God causes those in financial partnership with Him to prosper. If you are in debt, take God into partnership first and watch as He prospers you, until finally you’re out of debt! Tithing correctly is the solution to ending your financial worries. Remember the debt you owe God comes first. God wants to know how committed you are to Him and His work.

God blesses us in accordance with how we are submitting to Him. We, in our individual lives, must walk in the light of God (John 12:35).

Make God your financial partner. If you are tithing incorrectly, revive proper tithing in your life starting today!

Remember the example of Ed Smith, who learned by personal experience that he couldn’t afford not to pay God the tithe that belongs to Him. Draw near to God by paying Him what is due, and He’ll draw near to you and prosper you, supplying all of your needs.