Lessons From History: Standing Up to Evil
What we can learn from Gen. Romeo Dallaire.
By Abraham Blondeau • Sep. 18, 2014 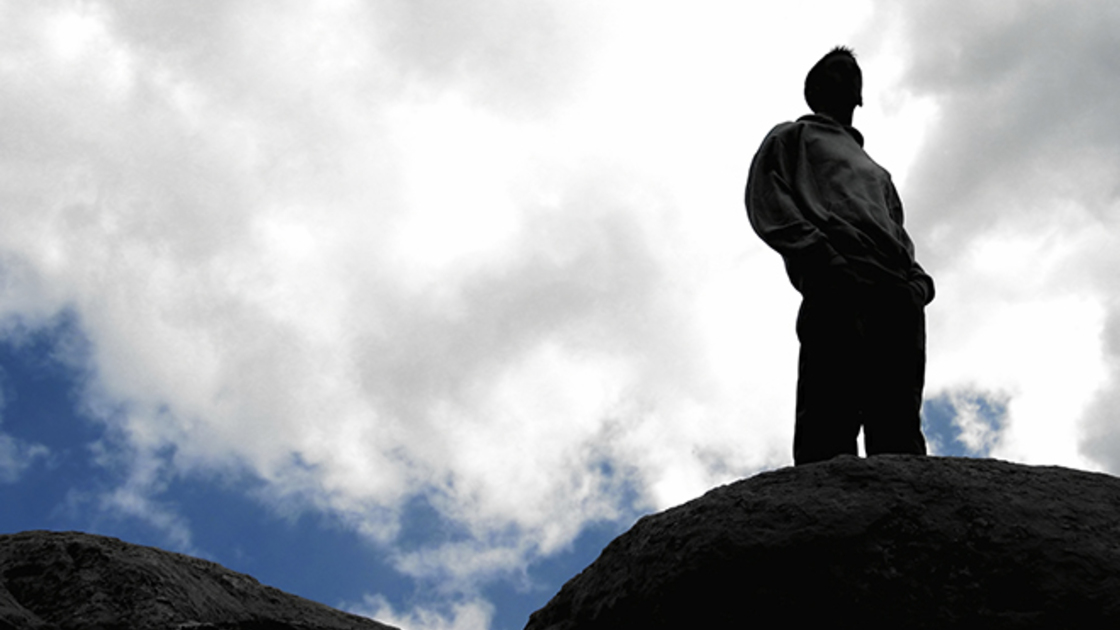 Machetes waved in his face. Dozens of young men screamed insults and threats at him. The world had abandoned Rwanda to the evil intents of these incensed youth. No one was willing to stand up to evil—except for one man and his small contingent of soldiers. This man stood in front of evil, refusing to move an inch. In front of him raged the murderous mob; behind him lay the sheltered innocents in a local hospital. With no weapon and no backup, he had only iron determination and courage.

Lt. Gen. Roméo Dallaire was the force commander of a United Nations peacekeeping mission in Rwanda in April 1994. Sent to promote peace, he found himself in the midst of genocide. Instead of helping to build a nation, he was witnessing its destruction. He had no ammunition, too few men, no funding, no resources and no mandate; no one was coming to intervene. But he knew that was no excuse to abandon the hopeless Rwandans.

The Rwandan genocide lasted about 100 days, with the effects of it lasting to this day. Dallaire’s story is one of extreme mental fortitude, endurance and moral valor. We need the same constitution in our face-off with evil, and we can draw inspiration from Dallaire’s journey.

On April 5, 1994, the Hutu government shot down a plane carrying the Rwandan President Juvénal Habyarimana returning home after signing a peace treaty to end a civil war between the majority Hutus and the minority Tutsis. This event renewed the conflict and sparked the Hutus’ genocide on the Tutsis.

General Dallaire was tasked with monitoring the demilitarized zone between the two sides, mainly focusing on the capital city of Kigali. He was suddenly forced into a complex situation. The Hutu extremists, who had been organizing for months in advance, immediately attacked the Tutsi leaders. The Hutus were so well prepared that they were able to kill around 1,000 Tutsis an hour.

Dallaire quickly mobilized his 2,500 men to protect as many leaders and citizens as possible. Many of these leaders died while speaking to Dallaire on the phone pleading for protection. He had no ammunition to fight back; his superiors at the UN told him he was forbidden to intervene.

In the confusion of the first night, 10 Belgian soldiers from the UN mission were captured and killed by the Hutus. Soon afterward, the Belgian government decided to withdraw all Belgian troops, removing the backbone of Dallaire’s force. Eventually, his force was cut down to only 330 volunteers.

The general felt utterly abandoned and betrayed by the world. The United States’ diplomat to Rwanda had run away to Nairobi, Kenya. But General Dallaire refused to leave. Oftentimes he risked his own life to stop the murdering mobs from finding more victims. When asked why he stayed, he said, “Even if I can save one Rwandan, it will all be worth it.”

The UN pulled all funding from the mission—his contingent had to find food, water and fuel on its own. Despite having its headquarters constantly shelled, and enduring many personal attacks, Dallaire’s contingent saved the lives of 32,000 Rwandans.

The civil war ended when General Kagame, the Tutsi leader, captured Kigali and ended the genocide. General Dallaire continued to provide what humanitarian and logistical support he could until the redeployment plan could be implemented. But the support came too late for him. The strain of witnessing one of the worst genocides of modern times, little sleep, little food, and overwhelming mental anguish began to eat away at the general. Dallaire developed Post Traumatic Stress Disorder (ptsd).

Even though Romeo Dallaire returned to his home in Canada, surrounded by his wife and children, his mind remained in Rwanda. Nothing could erase those memories and images. General Dallaire continues his own personal battle with ptsd and strives to stop the use of child soldiers in the world. He is still a living testament of perseverance and the relentless pursuit of justice, no matter how hard the struggle for its achievement becomes.

He did his best to stand up to evil, to what “was not human.” He refused to compromise with it. He could have just given up like his UN superiors did, like the U.S. diplomat did. But General Dallaire chose to fight because he knew that it was the right thing to do.

How easily do you withdraw or pull back in the face of difficulty? How readily do you give up in whatever struggles you are going through? Life can be difficult. We all face trials, but I doubt that many of us have had machetes waved in our faces. It is so easy to throw in the towel for ridiculously small, insignificant things. Have the resolve of Romeo Dallaire!

Each of us must face our own battle; it is personal, it is relentless, and it can be brutal. But it is a personal struggle that must be fought and overcome. Similarly, we also must fight with fortitude and tremendous determination. We must not accept excuses for defeat, but make the best out of what lies before us.

The life of a Christian is a struggle—it is meant to be. Hebrews 10:38-39 say, “Now the just shall live by faith: but if any man draw back, my soul shall have no pleasure in him. But we are not of them who draw back unto perdition; but of them that believe to the saving of the soul.” True Christians don’t draw back from doing what is right, no matter the consequences. Dallaire had his struggles, but he fought with the kind of resolve we should have in fighting our battles day by day. Have the mindset of Dallaire—that if, through your struggle, you can help at least one person, then it will be worth it.