Update: The Key of David and the Summer Months
EDMOND—Only twice in the past eight years has Pastor General Gerald Flurry taped more …
By Andrew Locher • Aug. 26, 2014 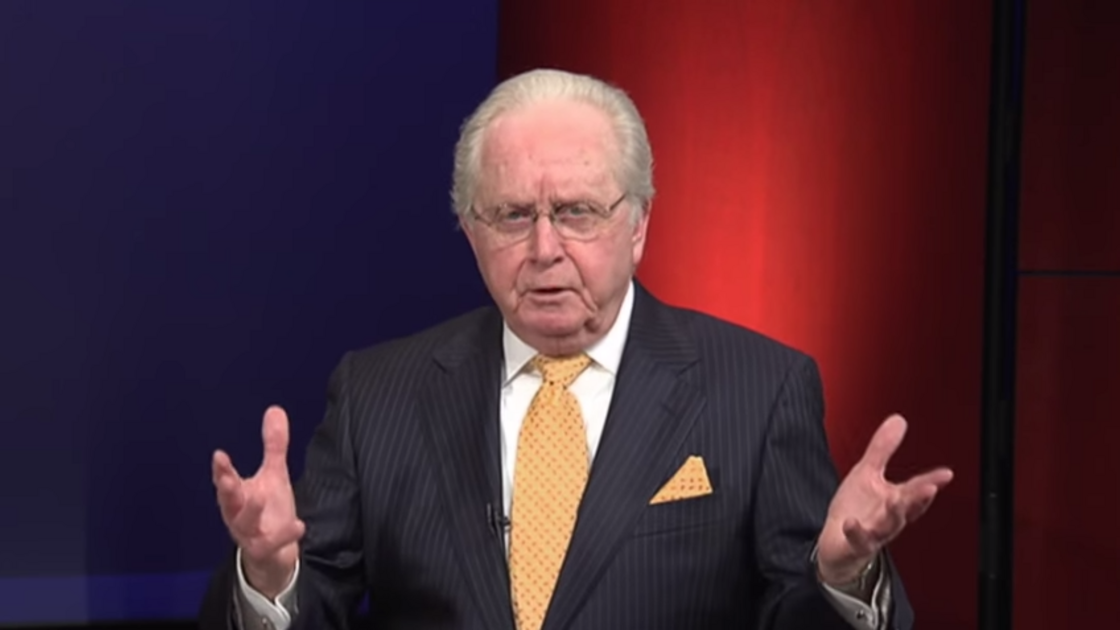 EDMOND—Only twice in the past eight years has Pastor General Gerald Flurry taped more “new” episodes of the Key of David than what he has this season. We are still going strong and have between mid-July and the end of September to record additional episodes. Depending on how many Mr. Flurry decides to record, this season might break the record set in 1994, when he taped 41 episodes. This summer, with so many dramatic events happening around the world, Mr. Flurry has broken from recent tradition where he uses summer time to catch up on writing and other necessary projects, and he has taped fresh programs rather than airing repeats.

In the United States and Canada, viewership is typically much lower during the summer than in the fall and winter. Industry experts attribute this to the fact that people spend more time outdoors and away from home. TheKey of David has not been immune to this trend. During this time, we pick some of the most responded-to programs of the previous year(s) and re-air them. During the past three summers, even with viewership down and repeat programs airing, we have logged extraordinary response, which has massively boosted our annual total response to the program.

In fact, many repeat airings of The Key of David generate more response than the previous airings. For instance, the first time the program “Mystery of the Ages” aired, it received about 1,100 responses. We have repeated this same program 12 times over the past 10 years, and the average response is now more than 4,000 per broadcast—and “Mystery of the Ages is our most responsive program ever.

Almost every single other repeat program garners the same response, exceeding its previous airing! Sometimes, the unpopular-but-necessary subjects God inspires Mr. Flurry to present result in fewer responses. The nice thing about airing repeats is that we can anticipate response and really “load” the summer with programs that get people’s attention. We are on pace this year to surpass last year’s total response by 4 to 6 percent. With the exception of 2000 and 2003, each year we have surpassed previous years in total response.

As I discussed during the ministerial conference, 1999 was a special year for the program. We paid more for airtime than any other year (just over $4 million). Over 50 percent of the total income was devoted to purchasing airtime for the program. We nearly doubled response from 1998. This proved to be a real turning point for Key of David response.

As world conditions worsen, proving Bible prophecy to be accurate, we anticipate greater and greater response figures. While ours is not a popular message, God’s warning is the only sensible explanation for what is happening all over the world. The program content has clearly gotten stronger, and God continues to open mighty doors for us. Clearly, Christ loves the focus of the Key of David program and is inspiring its growth.

In mid-July, we received approval to begin airing in Britain. The Key of David will debut on cbs Reality a few weeks before the Feast of Trumpets. This station is available for free over the air to more than 90 percent of the British population. It also broadcasts into other nations in the United Kingdom and Europe through cable and satellite. We have the 8 a.m. slot on Sunday mornings, a time that has proven to be our most effective. We anticipate that this will be the best station ever available to the pcgin Britain. Our first broadcast will be September 7.

With mounting tension in Britain and Europe, it looks like God’s timing is perfect for launching The Key of David to the general population. Pair with that the possibility of expanding Herbert W. Armstrong College into Britain, and we could muster a labor force ready to take calls, process requests and do other support work for the program.

We have never had such a high average number of responses to the program as we have so far in 2014. Our cost per response has never been lower. God is giving us the capacity to reach more people for less money. World events truly support God’s warning message through Mr. Flurry, and it is clear we are nearing the return of Jesus Christ.

Please pray for success in Britain. The government in the UK has strong restrictions on programming content. Mr. Flurry and the television department have been able to meet these guidelines and still get across a powerful message to the viewer. Pray that this will continue. Now with the increased potential audience in Britain and Europe, we can build Trumpet circulation and watch the Work gain momentum in this most prophetically active region.

The Key of David is available all over the world through the Internet. Those responses and views are also on the increase. There is little reason to wonder why Mr. Flurry is taping more programs now; the time has come to capitalize on this powerful tool to reach this world. People are watching—and more are responding—and the message is only getting stronger and more inspiring as we head toward the end of God’s Work in this last hour.