PCG members: In addition to PCG Signposts, sign-up for the members-only Friday Philadelphian weekly email newsletter! Click here or email news@pcog.org ✖
What Is Leaven?
Which foods and products should we discontinue using during the Days Unleavened Bread?
By Wayne Turgeon • March 2007 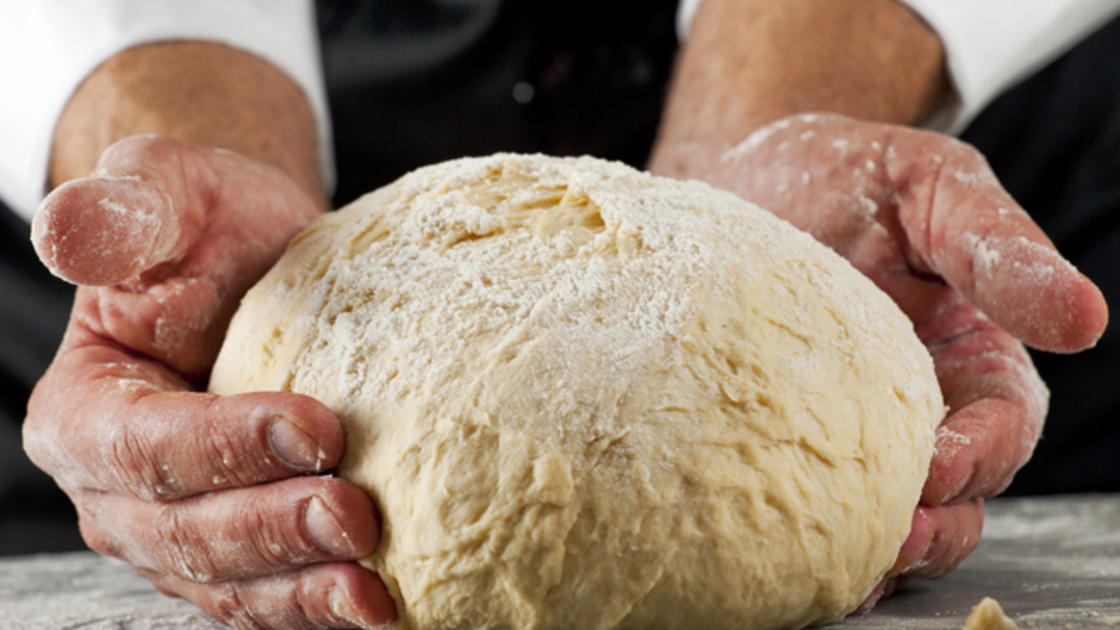 Leaven is an ingredient that puffs food up. God uses it to represent sin, because sin has the same effect (1 Corinthians 5:1-8). Each year, we are to rid our homes of all leavening agents prior to the seven Days of Unleavened Bread. This pictures how we need to become unleavened spiritually.

Leaven is described in the Hebrew by the word mechametz—a substance used to puff up or produce fermentation, causing dough to rise. The most common leavening agents are yeast, bicarbonate of soda (baking soda) and baking powder. Seh-ohd or “sourdough” was the most popular leaven in ancient Israel as it caused baked goods to rise and become light in texture. These leavening agents led to food becoming chametz, or leavened (Exodus 12:19).

Look for leavening in baked goods, such as bread, cake, certain crackers and cookies, cereals and pies. Even some candies and other foods are leavened, so careful label-reading is a must.

Inevitably, questions come up about whether various items are leavening agents. Egg whites, for example, shouldn’t be used as a leaven substitute to purposely skirt the spirit of the law; yet they may be used in meringue for pies and in other desserts when their use is not as a leavening agent to puff up any baked product composed of flour or meal.

Products with “yeast extracts” are acceptable if they do not contain any actual leavening agent. Brewer’s yeast is totally inactive and is not considered leaven. Cream of tartar, by itself, is not a leavening agent.

Questions come up about beer, wine and other fermented beverages, but there is nothing in the Bible that restricts the kind of drinks allowed during this festival. After all, they are the Days of Unleavened Bread—not beverages! Leaven in the Israelites’ dough is always mentioned (Exodus 12:39, for example), but never the invisible yeast or its effect in either beer, wine or other libation. Wine, naturally fermented, was a customary staple at God’s ancient festivals. If God would have banned wine and other fermented beverages, the Bible would certainly have recorded this admonition for us.

From time to time we get asked what should be done with “non-food” leavening agents that are used strictly for cleaning purposes, such as a box of baking soda used as a cleaning product or to trap odors. If a so-called non-food product is a leavening agent by itself, it should be discarded, regardless of its purpose. Remember, Exodus 13:7 instructs us to not let any leaven be seen in all your quarters.

Members also question whether other non-food products containing leavening, such as antacids, some medicines, bath powders, toothpastes, cat and dog foods and even fire extinguishers should be discarded. If a leavening agent is one of multiple ingredients in a non-food item, it would not need to be discarded. However, if having any of these or similar products in your home during the Days of Unleavened Bread defiles your conscience, it would be best to get rid of them during the festival (Romans 14:23).

Obeying both the letter and full intent of the law, we should avoid all appearance of evil and not just evil itself (1 Thessalonians 5:22). The human mind is quick to deceive us and find reasons to justify our decisions. The simple fact is that a container of leavening agent is just that—a leavening agent—and should be discarded.

If you are in doubt about any leaven, be sure to ask your local minister.

God gives us a positive command that whenever bread is eaten during the spring holy days, it must be unleavened bread. Eating this “bread of affliction” reminds us that we were in bondage to sin before being delivered from such abject slavery (Deuteronomy 16:3). It is also permissible to eat unleavened pies and cereals, etc., in addition to our regular diet. Unleavened products available on the market include matzos, Rye Krisp, some Wheat Thins and Triscuits, though you should carefully check the labels to be sure. If you have any doubts about a particular food and cannot determine whether it is safe to eat, it’s best to avoid it for “whatsoever is not of faith is sin” (Romans 14:23).

To picture our deliverance from sin, earnest effort should be made to put leavening out of our homes, as much as we would put sin out of our lives. Despite our best attempts, some leavened products may be discovered, or accidentally enter our premises. This is not surprising, as it types the hidden sins that were not immediately revealed upon conversion. We should get rid of them immediately, lest we also become comfortable with our sins. Putting out leaven, or sin, is not a one-time event, but rather something we must keep doing until the process is complete. This explains why there are seven Days of Unleavened Bread—seven signifying the number of completeness.

We must remember that God planned the Days of Unleavened Bread to remind us to deleaven ourselves spiritually. This is typed physically, but our prime concern should be the complete putting out of the spiritual leaven of sin, not just for seven days, as explicitly commanded, but every day of our lives.