PCG members: In addition to PCG Signposts, sign-up for the members-only Friday Philadelphian weekly email newsletter! Click here or email news@pcog.org ✖
The Truth About Lying
Learn how to become a person who always keeps his word.
By Andrew Hessong • Aug. 12, 2014 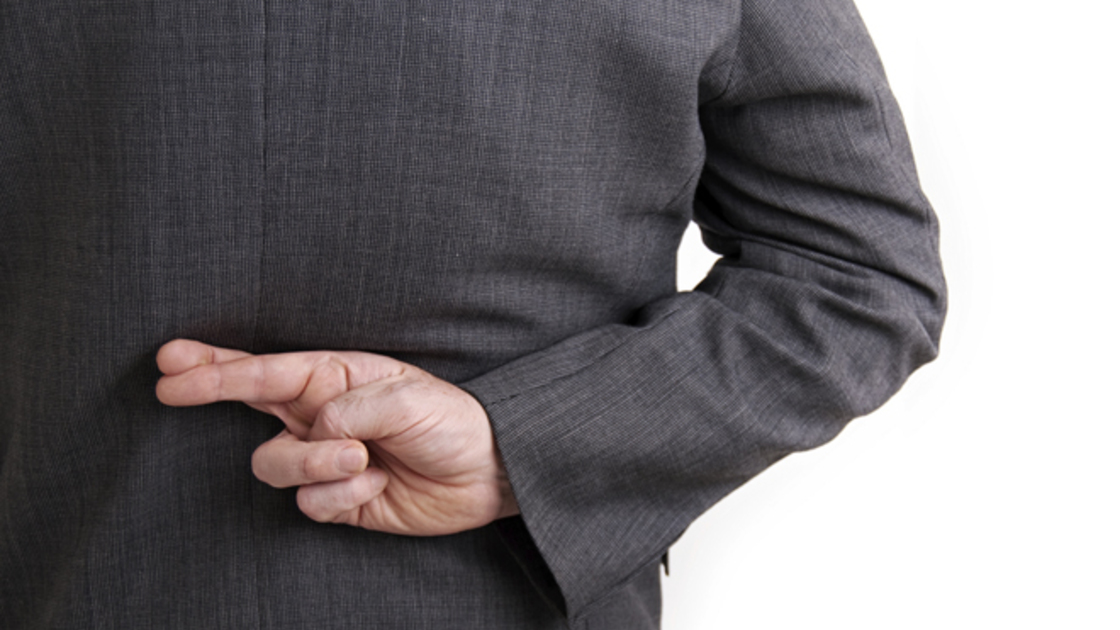 Lying is common in our society. From day-to-day dealings in schools, in businesses, on sports fields, in courtrooms—even in the highest offices in governments—it has become accepted. Lying is tolerated by most; some even admire it as a “talent.” Underhanded dealings and white lies are considered the norm in almost every facet of life—from misleading advertisements to politicians who make promises they know they cannot keep.

How about you? Do you believe it’s okay to tell a half-truth once in a while if the situation calls for it? Do you agree with mainstream society’s view that the practice of lying, deceiving or misleading people isn’t really all that bad?

The articles we publish on this website are always based on truth—not lies. Browse through any article, and you will find that the main theme running through each one is truth—and truth only comes from God’s Word, the Holy Bible (John 17:17).

In this Bible study, let’s examine the truth about lying. Grab a pen, some notebook paper and your Bible. Read each scripture or passage we refer to, and then write out the verses that answer each question. By doing so, you will more effectively learn and remember the important principles regarding this subject.

1. What are some of God’s characteristics and qualities? Deuteronomy 32:4; Revelation 15:3. What is one thing God will never do under any circumstance? Titus 1:2; Hebrews 6:18.

God is a God of truth. He will never lie. It is impossible because God has set His will never to lie. Think for a moment about what this means for you: You can always trust what God says. When He makes a promise, you can have absolute confidence that He will keep it. The Bible is full of promises—all of them as rock-solid as God Himself. That is why we can stake our lives on God’s Word! When God says He’ll do something, it is as good as done. There is no other so perfectly reliable and truthful—but imagine how much more we would be able to trust people if they strived to live up to God’s own example!

Jesus Christ, before coming to Earth in human form, was known as the Word, or Spokesman, of the God Family (John 1:1-3, 14). He exemplified the character of His Father while on Earth.

The Bible is God’s Word in written form. It is truth. It is inspired by God and reveals the way of life lived by God—the way that produces the peace, happiness and overflowing joy that God and Christ have enjoyed for eternity!

God explains His perfect, happy lifestyle in His spiritual law, which He broke down into 10 basic principles in the Ten Commandments. Consider it: Scripture says that God is love (1 John 4:16); it also says that keeping God’s law is love (Romans 13:10; 1 John 5:3; 2 John 6). In other words, keeping God’s law makes us more like God! Keeping the commandments shows us how to love God as well as those around us. It develops His perfect, godly character in us.

To “bear false witness” essentially means lying. In one of His Ten Commandments, God directs us to make sure that what we say is true!

Notice: Of seven things that are named in Proverbs 6:16-19, two of them refer directly to lying. The word abomination means that God looks upon lying with disgust and hatred. Misleading someone by using falsehood or misrepresentation is exactly the opposite of God’s character.

6. What did the Apostle Paul teach concerning lying? Ephesians 4:25; Colossians 3:9.

7. What about little white lies or half-truths? Are those acceptable to God? Read Acts 5:1-5. Did Ananias and his wife tell only part of the truth?

Acts 5:5 shows how God views white lies. Misleading and deceiving others by intentionally telling only part of the truth violates the true intent of the Ninth Commandment.

8. Often, there is a temptation to mislead others. Though it may seem successful at first, what do these lies become to those who speak them? Proverbs 20:17.

The Father of Lies

Why is the world so full of lies? Why is it so easy for people to abuse each other by using lies and misrepresentation to get their own way? Let’s look at the origins of lying.

Satan the devil is the father of lies. The Revised Standard Version translates John 8:44 this way: “[Satan] has nothing to do with the truth, because there is no truth in him. When he lies, he speaks according to his own nature ….” Lying is at the core of Satan’s very being! He is a liar through and through!

2. What has the “father of lies” accomplished through his devious practices? Revelation 12:9.

According to the Bible, Satan has deceived the entire world! Their minds are blinded to God’s truth, and they don’t even realize it. In fact, most people refuse to believe that the devil actually exists—let alone the fact that he has an invisible, yet powerful sway over humanity. The devil has deceived them into completely ignoring his presence. Of course, that makes them easier to deceive further down the road.

From the garden of Eden until now, the devil has worked fiercely to deceive mankind about the truth of God. Satan hates God’s truth. Day in and day out, he labors to make men think that what God says in His Word is a lie. The greatest lie of all is that Satan is God—and that God is a liar! Because of Satan, this world is full of lies.

You can gather from these scriptures, as you can see in the world around you, that sometimes liars do prosper—for a moment. People may get a more glamorous job or get wealth for themselves in an underhanded manner. But in every case, such “benefits” prove to be illusory and temporary. Rather than helping, lying hurts others! Not only must liars then watch their backs for the dangerous boomerang effect—for example, if their lies are found out, or the people they took advantage of take revenge—but they pay the price in discontent, unhappiness and guilt. Lying might seem convenient at the moment, but, in the long run, it will always work ruin for the liar.

2. What happens to the trust between individuals when it is violated by lies? Jeremiah 9:3-6. How is God affected when He sees these results? Verse 1.

One translation of verse 4 reads, “Beware of your friends; do not trust your brothers. For every brother is a deceiver, and every friend a slanderer.” Has one of your brothers or friends ever lied to you? How did it make you feel? Can you see the damaging effects of lies? Does it make you as sad as it makes God?

Don’t be fooled about lying. Just because others lie habitually doesn’t mean that it is right. God delights in truth, not lies (Proverbs 12:22). Only those who tell the truth will receive lasting blessings. Others may lie and feel they are getting away with it for a short while, but they are paying for it in many ways, and unless they change and commit themselves to being truthful, they will have no future with God. Telling the truth gives you peace of mind, improves your reputation with others, and gains God’s approval as well.

Work to become a person who always keeps his word and never lies or gossips about others. Jesus had this sort of character—even while He lived as a human being, just like you and me. He lived a life of truth in the middle of a world of lies. His example will stand forever. Think about how precious it is to have a God who always speaks the truth—you can stake your very life on His words of truth!