See Beyond The Cave
We must always keep the right perspective in the midst of our trials.
By Steve Hercus • July 2011 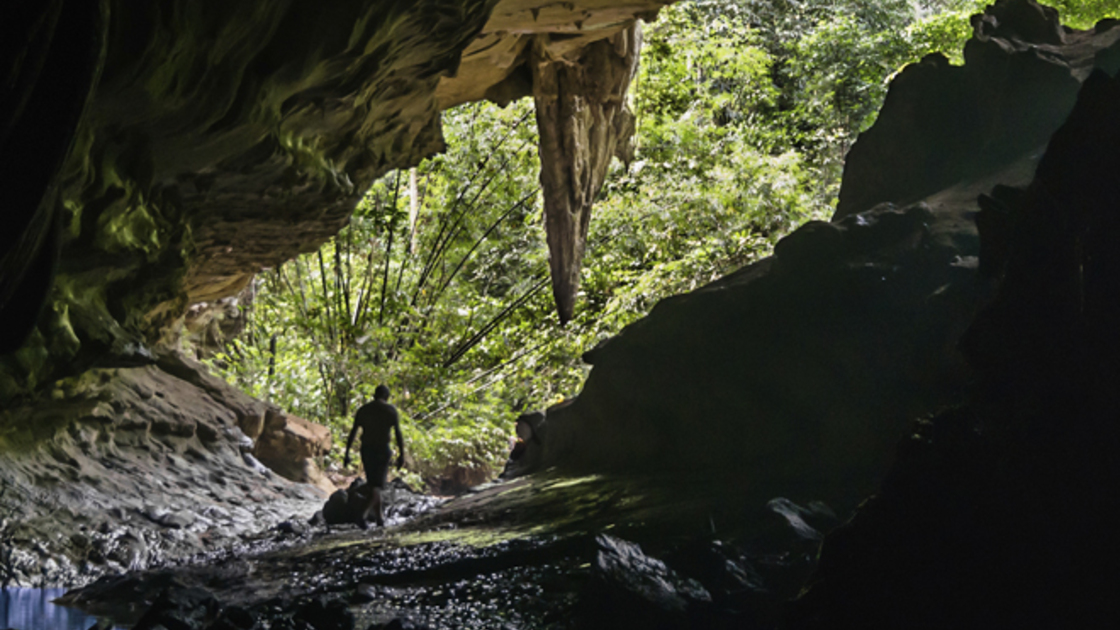 Sometimes it feels like the world is caving in on us. Sometimes it actually is. Often we feel like we are the only ones who are aware of our plight and our desperate situation. Humanly, that can be true. Whatever our situation is, the isolation we can experience in inevitable trial can be a tough circumstance to deal with aside from the trial itself.

Consider King David. As the anointed sovereign over the nation of Israel, he experienced ongoing trial and isolation before actually taking the throne after the death of King Saul. Saul, in his jealous rage against the young David, sought after the life of the heir apparent and drove him into the seclusion of the wilderness with only a few loyal supporters. David’s attitude in these circumstances can be a great source of encouragement as we endure a lonely trial.

In Psalm 142, David records a prayer from a cave. It is most likely set during one of the occasions when he was on the run from Saul described in the first book of Samuel (1 Samuel 22:1; 24:1-4). What makes this psalm unique is it is the only psalm where the location of origin is recorded. The heading of the psalm reads: “Maschil of David; A Prayer when he was in the cave.” The fact the location is recorded is important, as it gives us significant context in which to study the entire psalm.

David was running for his life. The opportunity to rest and use the safety of the cave would have been a welcome retreat—but it was hardly a warm, hospitable home. The cave was somewhat symbolic of his entire trial. Picture a cold, lonely, dark cave. The sound of your breath echoing against the frigid walls. Light beams through one opening—there is only one way in, and one way out. Likewise, there is only one way to power through and overcome in our trials.

As hostile as the environment was for David, this was right where God wanted him. This was a place where David could be protected from his enemies and focus solely on God. When we are in trial, God has us right where He wants us, where He can effect incredible miracles in our lives (2 Corinthians 12:10). We have to see beyond our circumstances and try to see God working something special in our lives. As we will see in this prayer, David had that view—he had the ability to see beyond the trial and fix his attention on his Maker. David could see beyond the cave.

The solitude of the cave must have resounded more in David’s mind as his voice echoed through the hollow chamber when he cried out to God. “I cried unto the Lord/span> with my voice; with my voice unto the Lord/span> did I make my supplication” (Psalm 142:1). Praying out loud to God can dramatically increase the fervency and effectiveness of our prayers, and here David takes full advantage of this method.

David is upfront with God about his circumstances. “I poured out my complaint before him; I shewed before him my trouble” (verse 2). The word complaint is a poor translation; it actually means meditation, or musing. David had time to think about his trial, and he shared those meditations with God. Of course, God was already well aware of David’s difficulty, but He wanted David to acknowledge the trying circumstances he was in. David had a grip on reality, and that is needed when we are beseeching God’s intervention. How else would we know what God has brought us through if we don’t acknowledge the circumstances we face?

God could see David’s entire situation. God understood the trying circumstances, the anxiety, the loneliness that David experienced. Importantly, David acknowledges God’s vantage point. “When my spirit was overwhelmed within me, then thou knewest my path. In the way wherein I walked have they privily laid a snare for me” (verse 3). God knew David’s path, and He knew the difficulties he was going to suffer. David could derive great confidence from the fact that God had guided his path and would continue to (Philippians 1:6).

In contrast to the warmth of God’s friendship, David also was experiencing the coldness from friends. “I looked on my right hand, and beheld, but there was no man that would know me: refuge failed me; no man cared for my soul” (Psalm 142:4). David found more safety and consistency in the rock of the cave than in his friends. David was used to being alone. His years as a lone young shepherd put him a long way from home for long periods of time. The circumstances in the cave were different though. He was now being hunted. What a contrast this situation was after the upward path of his younger life. Starting out as a shepherd, his reputation grew as a musician, a warrior and the one anointed to lead his nation. He would have met a lot of people and developed a lot of friends—but this trial helped to ensure God was his greatest Friend.

“I cried unto thee, O Lord/span>: I said, Thou art my refuge and my portion in the land of the living” (verse 5). As welcome as the cave may have been, David understood its limitations. Here he acknowledges God as his true refuge. David was able to see beyond the cave.

David was a mighty man, a proven warrior, with a reputation that preceded him. Humbly, he acknowledged his own weakness, the strength of his enemies, and the need for God to hear his fervent cry. “Attend unto my cry; for I am brought very low: deliver me from my persecutors; for they are stronger than I” (verse 6).

In this trial, David felt captive. He wanted out—he desired to be released. When under burdensome trial, we too want it to be over. But David’s example here teaches us a wonderful lesson as to why we should want a trial to be over. “Bring my soul out of prison, that I may praise thy name: the righteous shall compass me about; for thou shalt deal bountifully with me” (verse 7). The cave was helping David focus on what was most important: the opportunity to declare God’s name. He didn’t want popularity, he just saw the need for righteousness to abound.

He then boldly proclaims his confidence that God would deal bountifully with him. What a positive attitude, and what a wonderful perspective David had of his trial, his circumstances and his Deliverer. David was able to see outside of his troubles, and see beyond the cave!

From the Archives: Royal Vision, July-August 2011