Mephibosheth: A ‘Dead Dog’
Lessons from the life of a boy with HEAVY trials
By Jeremiah Jacques • Jan. 12, 2023 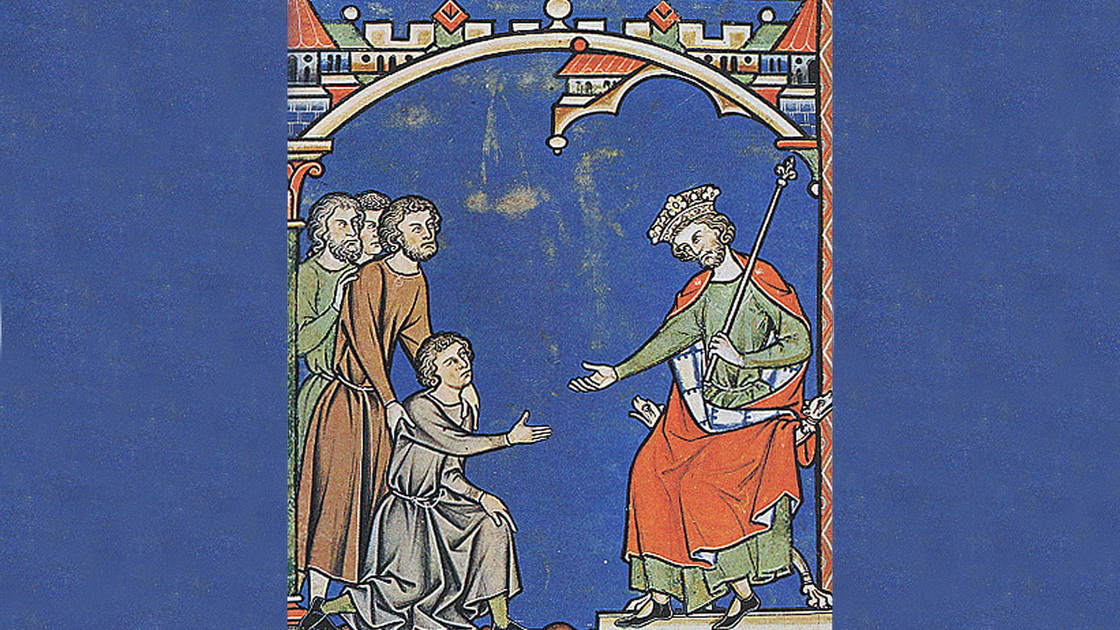 One day, when a boy named Mephibosheth was only 5 years old, his world fell apart. His father, Jonathan, was killed in battle against the fierce Philistine army. His grandfather King Saul was also killed in the same battle (1 Samuel 31:1-6). And as if all of that were not enough, later that same day, Mephibosheth’s nurse was trying to help him flee to safety and something went wrong. The boy fell and hurt both of his feet. He hurt them so badly that they never healed. He was permanently crippled (2 Samuel 4:4).

These are serious trials that this boy suffered. And there was more. In the years before his grandfather King Saul died, Saul had tried several times to kill the man who would succeed him: King David.

So Mephibosheth not only grew up crippled and without a father and grandfather, he also feared that David would be angry about the fact that his grandfather had tried to kill him and that this might make King David want to punish Mephibosheth!

These are some of the heaviest trials a person can experience, and they would be especially difficult for a child to endure. But throughout all of this, God did not forget Mephibosheth.

After that terrible day, life continued slowly for Mephibosheth. His childhood was lonely and his teenage years too. Besides being fatherless, he also had no brothers or sisters to share life with. And because of his handicap, he couldn’t train for and look forward to joining the army as many young men his age did. He was also not able to do much work in Israel’s agrarian economy. And athletic activities were out of the question.

Even had he not been crippled, Mephibosheth may have still shied away from those kinds of things since he thought it best to keep a low profile so that King David wouldn’t set his sights on him.

So his teenage years were tough. After he became a young adult and father, he received word that King David wanted to see him.

Mephibosheth was panic stricken. I’ve kept a low profile and have never tried to undermine the king’s position. How did he find out I even existed? What if he wants to kill me to avenge my grandfather?

He was terrified but he knew that an order from the king could not be ignored. Trembling, Mephibosheth limped into King David’s court and threw himself down on his face in reverence and fear (2 Samuel 9:6).

This was the biggest day of his life since that tragic day 15 years earlier when his whole world had crumbled. He was terrified, wondering what would happen next. Would this be the end?

King David looked at Mephibosheth laying on the ground and trembling, and he was moved with great compassion. “Fear not!” the king said. “I’m not going to do you any harm. In fact, the reason I summoned you here is so that I can help you, Mephibosheth. Your dad was the best friend I ever had. He was closer to me than all my brothers or anyone else in my life. I loved your father deeply, and now that I know who you are—that you are his son—I want to show you kindness.”

Mephibosheth looked up at the king with wide eyes.

David continued: “Here is what I plan to do: You know all of the lands that were under your grandfather’s control? I’ve been ruling over those areas for the last several years, but from now on, Mephibosheth, they’re yours!”

“And there’s more,” the king said. “I don’t want you to live a lonely life out there, just hiding yourself away and living in a fearful way. I want you to eat at my table from now on! You have a standing invitation to come to my palace and eat at my table—the king’s table—for the rest of your life” (2 Samuel 9:7).

Mephibosheth could hardly believe his ears. He felt that with all of this, David was basically saying: I know that your dad died a tragic death, and it has been very hard for you, but now you will be my son.

It was a momentous relief for Mephibosheth to learn that David didn’t plan to do him any harm. But this was going way beyond that! He was being shown more kindness and love than he could imagine. His life had been difficult and lonely for as long as he could remember—from age 5 to age 20. And he had gotten used to things being hard. But now he was being shown so much mercy that he felt he didn’t really deserve.

It was a time of great emotion for Mephibosheth, and the Bible tells us exactly what he said: “What is thy servant, that thou shouldest look upon such a dead dog as I am?” (verse 8).

A dead dog! That’s how Mephibosheth saw himself. Since he was crippled and grew up without a dad or even grandfather, he thought of himself as a worthless person—a dead dog.

That gives us insight into just how hard Mephibosheth’s life had been. And it shows why he could barely believe that King David was reaching out to him and taking him under his wing, almost like a father to a son.

He could hardly believe he would be financially comfortable owning all the lands his grandfather had owned. And since he was a cripple, David also instructed a man named Ziba and his family to work the land in Mephibosheth’s stead (verses 9-10). Mephibosheth was also overjoyed that he wouldn’t have to be isolated and lonely anymore. Those days were over! He now had a permanent chair at the king’s table.

This was an incredible, life-changing turn of events for Mephibosheth.

King David was a man after God’s own heart (Acts 13:22). David was becoming more like God. He was learning to see people the way God sees them. God has pity on the downtrodden, the crippled and the fatherless. And He wants to help people with those kinds of trials. So God helped Mephibosheth through King David.

David even says in 2 Samuel 9:3 that the kindness he was showing to Mephibosheth was not his own but “the kindness of God.”

Each of us can learn to behave as David did toward the Mephiboshethes in our own lives. In Ephesians 4:32, God instructs us: “[B]e ye kind one to another, tenderhearted, forgiving one another, even as God for Christ’s sake hath forgiven you.”

If we see someone who is crippled, or suffering health problems, or who has lost a parent or another loved one, or who is struggling with any other tough trial, we can be like King David. We can go out of our way to love that person and to help him. We can let God help him through us. Even if you don’t know the person all that well, at first, you can bring so much joy and sunshine into someone’s life by simply showing him kindness.

Another lesson in this beautiful story is that sometimes things go badly for each of us. And we can sometimes feel low down and even worthless. We sometimes feel alone in the world. We might feel like a “dead dog,” as Mephibosheth did.

He wants to be our Father and be with us forever.

Mephibosheth’s life shows us the power of God’s love and it shows us how wonderful it is to have God as our Father, despite whatever troubles we may endure. How comforting it is to know that there is a great God who is the “father of the fatherless” (Psalm 68:5) and who longs for all mankind to be part of His Family.