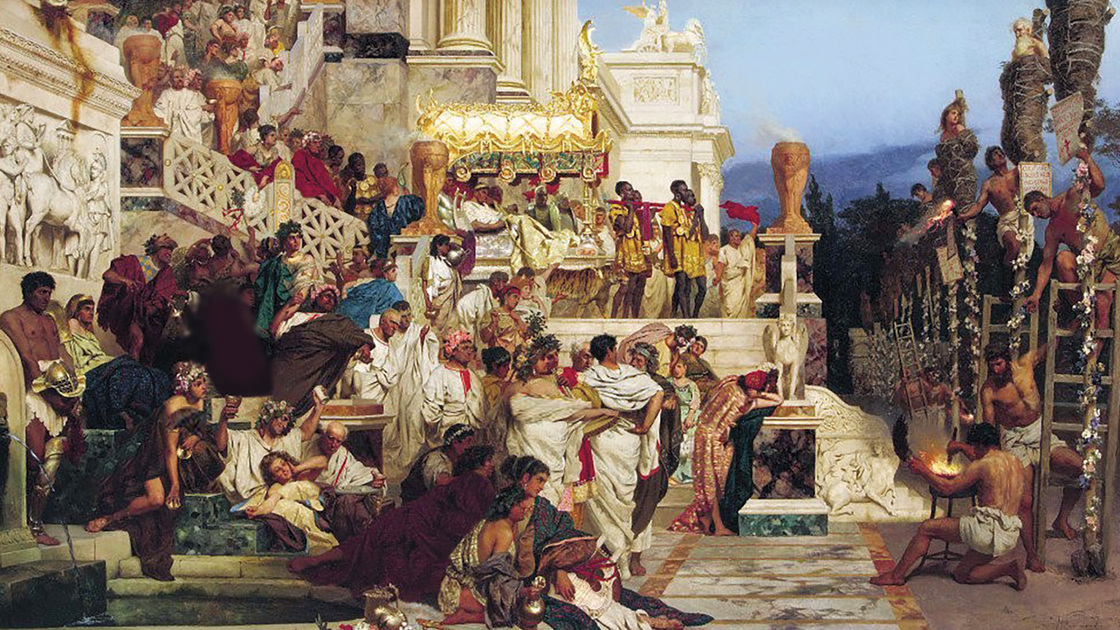 “New” Year’s is actually one of the oldest and most universal of all pagan traditions. Nearly every culture has its own tradition, and the custom of celebrating it has remained essentially unchanged for 4,000 years.

The institution of New Year’s began in ancient Babylonia, in Mesopotamia, 2,000 years before the birth of Jesus Christ. It was a pagan custom of ancient sun worship closely bound to the pagan feast called “Christmas” today (Earl W. Count, 4,000 Years of Christmas).

Deuteronomy 12:30-31 describe how much God hates these pagan customs and rites, which are an abomination to Him. These very things were practiced in ancient Canaan and Syria, from whom the Greeks learned them. The cute little “New Year’s babe” actually pictures the rebirth of the Greek god Dionysus as the spirit of fertility. “Father Time,” the white-haired man carrying a scythe, represents the ancient Greek god Cronos. This “silent reaper” anciently “reaped” little children in horrible episodes of mythical cannibalism!

These New Year’s festivities originated in Babylon, found their way to Greece, and finally made it to Rome. The Romans called it Saturnalia, in honor of the god Saturn. These festivities were extremely popular among the Romans. It was a time of revelings, drinking bouts, orgies—finally ending in human sacrifice. (This almost sounds like today with the increased suicide, murder rates, unwanted pregnancies and abortions at this time of year.) It was Julius Caesar, Rome’s emperor, who established January 1 as New Year’s Day. In 46 b.c., he adopted the Julian calendar, transferring to it all of the licentious customs surrounding the Roman Saturnalia.

About a.d. 375, Emperor Constantine imposed “Christianity” on the Roman world. Rather than resist the influence of pagan customs, the Roman Catholic fathers compromised. During the ensuing Middle Ages, many of the ancient Roman customs were incorporated and then embellished with the incoming heathen rites of the Teutonic peoples. As this was happening, the date of the New Year’s celebration was temporarily changed to March 25 to coincide with the Germanic spring rites of fertility.

Eventually, Pope Gregory re-instituted the ancient Roman date of January 1. In 1582, he imposed it on the whole Western world when his Gregorian calendar reforms were accepted. All Roman Catholic countries accepted this change at once. Sweden, Germany, Denmark and England—strongholds of Druid customs (mistletoe, for example, a parasite symbolic of sex-worship)—finally conceded to the Gregorian calendar sometime during the 1700s.

Only the great Creator God of the universe has the authority to set the date of the beginning of the new year, not a man such as the pope. God’s calendar begins in the spring, not in the dead of winter (Exodus 12:1-2; 13:4). These verses tell us that Abib is the name of the first month of the year, not January.

After the Jews endured captivity in Babylon, the name Abib was changed to Nisan, which means “green ears.” This Hebrew month occurs during the months of March and April on the pagan Roman calendar in use today. God specifically placed the beginning of the sacred year in the early spring to mark the beginning of the seasonal harvests. These two annual harvests in Palestine foreshadowed God’s plan for the twofold spiritual harvest of people to be born into His Kingdom.

2 Kings 17:18, 20, 23; Hosea 2:11 and other scriptures show what punishment awaits any nation today that forsakes God’s law as revealed in His holy Bible and turns to the custom of pagan nations—observing pagan days of worship.

Does it make any difference if we continue observing pagan customs—like New Year’s? It certainly does! Why? Because God says so! May He help us all to heed His warning to forsake the pagan practices of this world.