Three Little Words
Asking yourself this one question can make you a man or woman after God’s own heart.
By Brad Macdonald • Aug. 23, 2022 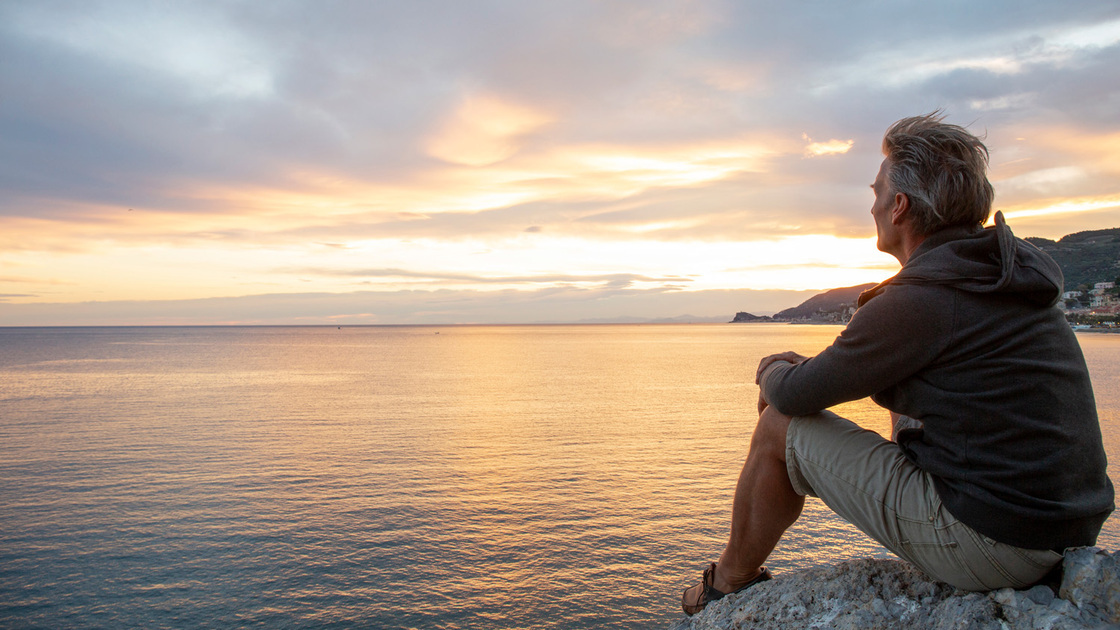 Three important words can change your life. These words come in the form of a question—a question that will help you deal with discouragement, process disappointment and overcome difficulties. It will help you deal with not getting the job you hoped for or someone else getting an opportunity you wanted. But not only will this question encourage you, it will keep you grounded in humility through triumphs. In highs and lows, these three words will provide much-needed perspective.

King David asked this question as a youth, as an adult and as an old man, and it was a vital factor in making him a man after God’s own heart (Acts 13:22).

The first recorded instance of David asking this question is in 1 Samuel 18. After defeating Goliath and the Philistines, David was praised and exalted by Israel and by King Saul himself. In verse 17, Saul offered David his daughter Merab as a reward for his bravery. This was the highest moment of David’s life thus far—he was invited to be a part of the royal household! Notice how he responded: “And David said unto Saul, Who am I? and what is my life, or my father’s family in Israel, that I should be son in law to the king?” (verse 18).

Who am I? David asked. Who am I to be invited into Israel’s royal family, to live where King Saul lives, to marry the monarch’s daughter? David didn’t become vain about this opportunity; he was humbled by it.

Later in life, Saul’s attitude toward David soured, yet David’s humility never wavered. Gerald Flurry writes in The Former Prophets, “Even when Saul was chasing him down and trying to kill him, David thought, Who am I to be the son-in-law to the king? He knew about the house of David and the future of that throne of David. He realized what God was doing with his name. And he said, What is my house that you would exalt my house that way? Why would you do that for me, a lowly rebel who sinned mightily in Israel?”

Can you imagine being on the run from someone trying to kill you and thinking, Who am I to be given this opportunity? When you have difficulties, always come back to this fundamental question. Ask things like: Who am I to even be here? Who am I to be a student at Imperial Academy, to live where I do, to attend God’s youth camps—to know the truth?

David kept that attitude as king. In 2 Samuel 7, he had the idea to build a house for God. God saw David’s excitement and it inspired Him to bless David in return. In verse 12, He made an epic promise to David: “And when thy days be fulfilled and thou shalt sleep with thy fathers, I will set up thy seed after thee, which shall proceed out of thy bowels, and I will establish his kingdom. He shall build an house for my name, and I will stablish the throne of his kingdom for ever. … And thine house and thy kingdom shall be established for ever before thee: thy throne shall be established for ever” (verses 12-13, 16).

God made an eternal covenant with David. And how did David’s respond? “Then went king David in, and sat before the Lord, and he said, Who am I, O Lord God? and what is my house, that thou hast brought me hitherto?” (verse 18). This was another time in his life, just like when Saul offered his daughter, where David could have become vain and entitled. But when God invited David to be part of His royal household, David once again was humbled. Who am I to be a part of God’s house?

Mr. Flurry writes: “David was dazzled by God. We all need to develop that same mindset. Consider who God is and the opportunities He is extending to you, and ask yourself, Who am I? Who am I to be in God’s Church? Who am I to be doing a Work for God? Who am I to represent the livingGod? Why should we be so privileged and honored? With billions of people out there, why us? See beyond the present problems—see this indescribable blessing God has given you! As long as we have that attitude, God is going to bless us day after day after day!” (ibid).

Instead of getting bitter, frustrated or discouraged, David always reminded himself, Who am I? When trials almost overwhelmed him, he took time to sit down and count his blessings.

You too can live with this attitude. One of the fastest ways to unhappiness is to dwell on what you don’t have. Spend more time thinking about what you do have—this opportunity, this understanding—and it will produce happiness. This is what motivated David throughout his life. In Psalm 22:6, David wrote, “I am a worm, and no man.” Psalm 8:4 records a meditation of David’s: “What is man, that thou art mindful of him? and the son of man, that thou visitest him?” David looked at his life and realized he was merely a worm compared to God! David continuously displayed beautiful humility.

As an older man, David was told that he wouldn’t be allowed to physically build the temple because of his bloody past. Try to put yourself in David’s shoes for a moment: Here was an idea you had, that you brought to God, and God was thrilled by it! Yet you weren’t allowed to actually see your idea come to fruition. You could get disappointed and even bitter if you didn’t have the right attitude. But that’s not how David took this news.

“Now therefore, our God, we thank thee, and praise thy glorious name. But who am I, and what is my people, that we should be able to offer so willingly after this sort? for all things come of thee, and of thine own have we given thee” (1 Chronicles 29:13-14). Instead of throwing a fit about what he couldn’t do, he focused on what he could contribute to the temple project. He poured all his energy into preparing for the construction. He was overjoyed just to be a part of it! If he couldn’t build it, he would do all he could to design it, organize the staff, and rally the whole nation behind this project. That is godly humility!

Humility is an attribute God loves. “For all those things hath mine hand made, and all those things have been, saith the Lord: but to this man will I look, even to him that is poor and of a contrite spirit, and trembleth at my word” (Isaiah 66:2). David had this kind of humility—the kind we also need in order to build strong relationships with God and man.

This is one of the greatest verses in the Bible. How much do you value humility? Conversion, salvation, having faith, maintaining a positive mental attitude, receiving opportunities—they all stem from being humble. We must remember that we are but worms, even during our greatest triumphs.

In an article titled “The Ultimate Humility,” Mr. Flurry wrote: “This rare character trait would solve all world problems and revolutionize every human life” (Dec. 16, 2019). Humility will solve your problems too and revolutionize your life! We all need this humility, and thinking who am I? daily will produce it.

We can’t waste time dwelling on all the things we miss out on. A million years from now, you won’t think about how you weren’t selected to be on the All-Star team, or that someone else got to travel somewhere you really wanted to go, or you didn’t get the job you were hoping for. Instead, a million years from now you’ll be sitting next to Jesus Christ on His throne, still thinking, who am I?

Mr. Flurry writes in The New Throne of David: “If you really know God, you will be thanking Him for just being called! Yes, we are tried and tested, but thank God for that, too! Those trials are more precious than gold! It is easy to carnally reason that we shouldn’t have to suffer in that way. But if we are deeply spiritual like David, we will be praising and thanking God always—even for our fiery trials! This is how you become a man or woman after God’s own heart.”

Young people, “Who am I?” is a wonderful question. It is only three words, but those three words will change your life.