George Lucas’s Vision
May the Bogan be with you.
By Micah Turgeon • June 9, 2022 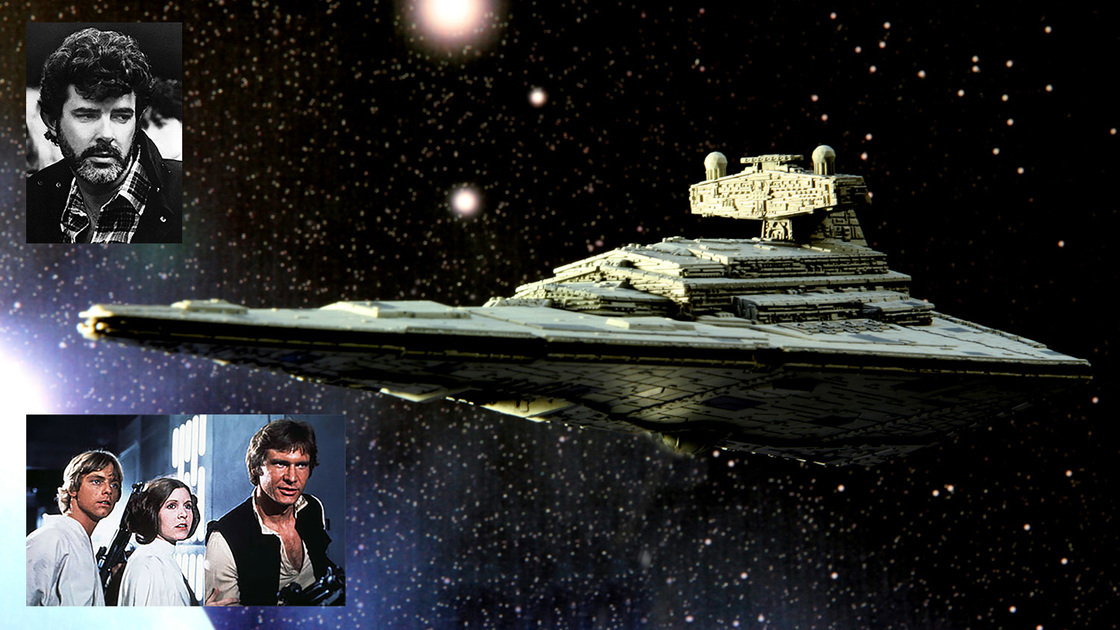 Regardless of whether you grew up watching Star Wars or are still holding out on seeing those movies, there is no question the franchise is influential. In the 1970s, it became a worldwide sensation, and 50 years later, it is still a prospering enterprise, with numerous spin-offs, sequels, books, and communities based on the original story of a rural orphan farm boy destroying the menacing Death Star. Whether we like it or not, Star Wars is culturally inescapable—especially that soundtrack.

But 50 years ago, it was questionable whether Star Wars would be filmed at all. Only one man had the vision to complete the project: George Lucas. He created one of the most prosperous franchises in history because he had a vision that helped him conquer many obstacles and setbacks.

How did he build such a vision, and how can young people in God’s Church do the same?

Find Your “Why” You Must

Before Star Wars came out in theaters in 1977, George Lucas was interviewed by the New York Times. He said, “The reason I’m making Star Wars is that I want to give young people some sort of faraway exotic environment for their imaginations to run around in. I have a strong feeling about interesting kids in space exploration. I want them to want it. I want them to get beyond the basic stupidities of the moment and think about colonizing Venus and Mars […] It’s our only hope in a way.”

At the core of George Lucas’s motivation was his fundamental why. Before starting anything, you must clearly perceive why you want to do it. Lucas wanted to make Star Wars so kids would think beyond their earthly problems and think about expanding into the cosmos. That is big thinking! Star Wars evolved into a fantasy story about helpful droids, weapon-toting Wookies and space mobsters—but at the core of it all was Lucas’s why. Problems arose during the project, but his inner desire to lift up the minds of the youth drove him.

As a teenager in God’s Church, your why is infinitely greater than just getting kids interested in space. You’ll help them inhabit space in a much grander way. That is a tremendous reason to submit to God’s law today, and it will keep you going when Satan tries to throw obstacles in your way. Lucas knew he was involved in something far more important than just making a sci-fi movie, and we are involved in something much greater than just our day-to-day routines.

Lesson 31 of the Armstrong College Bible Correspondence Course says, “Those now called into God’s Church are part of God’s spiritual firstfruits—the first group to be offered salvation. They have been called first—for a special purpose preparatory to the Kingdom of God, and in order to aid in bringing salvation to all mankind once that Kingdom is established on Earth!” What a wonderful purpose to base your life around!

Make the Vision Plain in Your Mind

Lucas had to learn how to make the story of Star Wars plain in his own mind before he could effectively convey it to others. It underwent several rewrites and revisions before he adopted a final form that everyone could grasp.

But the first few drafts of the movie were laughable. Luke Starkiller was an old, pessimistic general. There was a mysterious character named Kane Starkiller. Han Solo was not a quick-speaking rebel, but rather a green tetrapod alien.

And the Force was called the Bogan.

Without years of workshopping and perfecting the script, we’d be stuck with the much less reassuring catchphrase of, “May the Bogan be with you.”

After a few more drafts and correction from his coworkers, The Adventures of Luke Starkiller finally transformed into Star Wars.

Habakkuk 2:2 says, “And the Lord answered me, and said, Write the vision, and make it plain upon tables, that he may run that readeth it.” If you have a vision to do something, you must make sure that it is clear in your own mind before others will be able to capture it. If it’s fuzzy, then it will take hours of work and focus to clarify it. It took Lucas years before he knew which direction he wanted to go. You should put in the time to understand the vision God has for you while you are young.

In a Feb. 2021 True Education article titled “David’s Lesson in Vision,” Mr. Gerald Flurry wrote, “We all must battle to have vision!” You may have found your why, but the next battle is sharpening that vision.

Power Through the Obstacles

Once you find your why, and you’ve made the vision plain in your mind, you must keep it in your mind. This requires powering through the obstacles that will inevitably come up.

When 20th Century Fox agreed to produce the movie, they gave Lucas a small budget of $11 million. Adjusting for inflation, this is just 17 percent of The Rise of Skywalker’s budget in 2019! Another obstacle was that there were no special effects companies that could produce what Lucas had in mind, so he had to create his own company—Industrial Light and Magic—and use new cinematography techniques to achieve his vision. In addition to these difficulties, Lucas suffered from hypertension and exhaustion from all the stress. But George Lucas’s vision was too strong to be destroyed by whatever obstacles stood in his way. His vision drove him to keep going when he was exhausted.

Nobody understood Star Wars at first, but now we can’t imagine our galaxy without it. Lucas’s goal was to inspire people to colonize the solar system, and in many ways, our vision is the same. We will be bringing humans into the God Family for eternity, and we will literally expand God’s Family across the cosmos!

That future is not too far away, but in order to be there, we have to have vision. No matter what obstacles come our way, we will be able to conquer them if we have the God Family Vision burning like a fire within us. So find your why, make the vision plain, and power through the obstacles—and we will build a reality that even George Lucas could never envision.