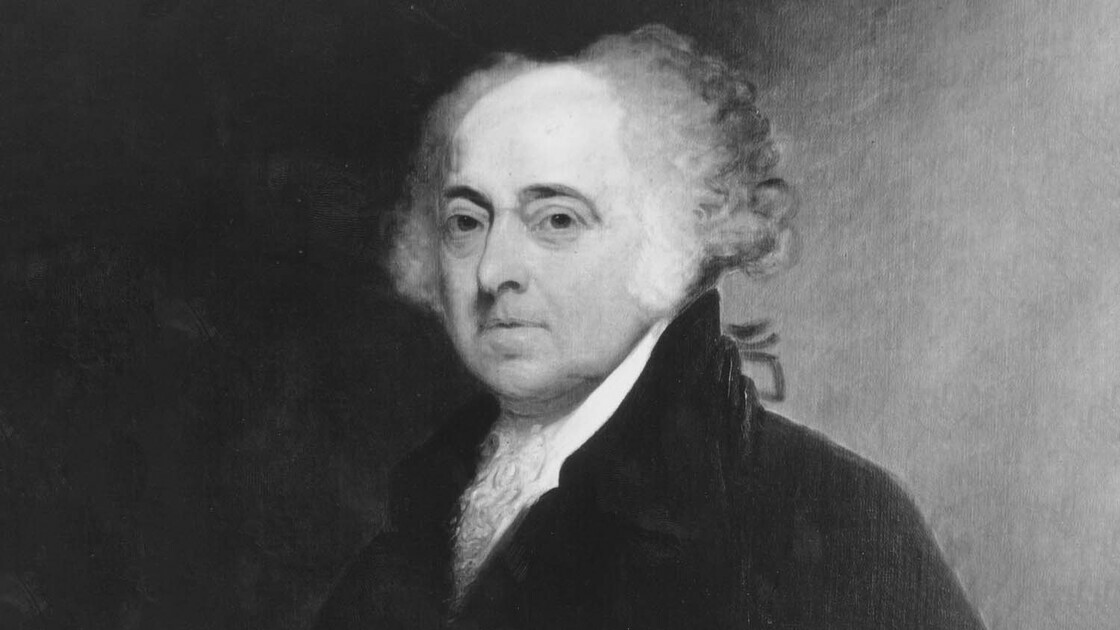 Time and again, John Adams always seemed to find himself in the most unpopular situations. When other men were too afraid to take a stand, Adams rose to the occasion. When everyone else was in the wrong, Adams staked his reputation, career, even his own life on what he knew to be right. Adams was truly convicted with the cause of American independence. “I have a zeal at my heart for my country and her friends which I cannot smother or conceal,” he once wrote to his wife, Abigail. This zeal made it possible for Adams to push through onerous trials, cementing his legacy as one of exceptional sacrifice for his country.

John Adams always wanted to be a soldier. From a young age, he daydreamed about putting his life on the line for his country. Although he never fulfilled these dreams, he would later have ample opportunities to risk everything to serve America. In fact, he probably sacrificed more as one of our Founding Fathers than he ever would have as a soldier.

The first example of this came in 1770, when the Boston Massacre turned Adams’ life upside down. Adams was the only lawyer who would take the case to defend the British soldiers who opened fire on a mob of rioters. Almost everyone in the city besides Adams and the eight British soldiers had the same opinion: The soldiers were entirely to blame and should be charged with murder. Adams had incredible courage to defend these men, especially because he was no fan of the British either. He risked his reputation, future career, and even the safety of his family!

Other men fled from this job assignment, but Adams had a firm commitment to the idea that all men had the right to a free trial. Five years before this case, in a political essay, he wrote, “Be it remembered … that liberty must at all hazards be supported.” He was certainly facing many hazards in this case. Had Adams refused to defend these soldiers, “innocent until proven guilty” might not be one of America’s mantras today. Despite the backlash against him, Adams stood up for these men’s rights, and was even able to win their exoneration in court. Adams later recalled that defending this case was “one of the most gallant, generous, manly and disinterested actions of my whole life, and one of the best pieces of service I ever rendered my country.”

Several years after this case, the first shots at Lexington and Concord were shot, and the British superpower opposed the 13 colonies in the Revolutionary War. After war broke out, Adams was chosen to represent his home state of Massachusetts in the Second Continental Congress. Even though the colonies had already lost men in battle, many in the congress still held the belief that America could still reconcile with Britain.

Adams’ opponents were fearful of the great human and financial cost of waging war against the most powerful military in the world. Many believed that America would have zero chance of winning and would only waste American lives in the process. Once again, Adams found himself in the minority. He vehemently opposed any efforts to make peace with the same empire who had repeatedly abused their rights. As with the Boston Massacre trial, Adams stayed true to his convictions. As one of the lone voices in the congress, Adams again faced backlash and censure for voicing his unpopular opinion in favor of total independence from Britain. Benjamin Rush, one of Adams’ associates and friends, described him as “an object of nearly universal scorn and detestation” during this period.

Out of fear, the majority in Congress decided to create the Olive Branch Petition, despite Adams’ remarks against it. This petition was intended to keep peace with Britain without independence. The petition was passed and given to George iii of England, who immediately disregarded it and labeled all the colonists as rebels. In the end, Adams was proved right, again.

It is evident that John Adams cared far more about the United States than his own reputation or comfort. But soon Adams would put his life on the line for the nation. A year after the failure of the Olive Branch Petition, Adams became one of the leading voices promoting the passage of the Declaration of Independence. Not only would the Declaration extend the war for years, but it would also be an open act of treason against the British. Since they were technically still under British rule, all the signers of the Declaration were officially traitors.

With a huge target now on his back after signing the Declaration, Adams was asked to visit France and win French support for the war. A vacation in France doesn’t sound like the hardest task in the world, but it turned out to be one of the biggest sacrifices Adams ever made. At this time, passengers who crossed the Atlantic often died because of the filthy conditions, let alone the fact that the nation was now in a war. The British frequently sank American ships, especially those carrying the likes of men like John Adams, if they found them. Had he been captured, Adams would have met a traitor’s end—hanging. In addition to all of this, Adams would receive less money than if he had stayed in Boston as a lawyer.

Despite these threats and difficulties, Adams and his 10-year-old son John Quincy traveled to France anyway. In accepting the mission, Adams wrote, “I should have wanted no motives or arguments to induce me to accept of this momentous trust, if I could be sure that the public would be benefited by it.” In other words, if it benefited America, he would do it without hesitation.

This was the start of perhaps the toughest stretch of John Adams’ life. If Adams survived the months-long voyage on the trip, he would have to spend years away from the rest of his family. Letters to and from his wife took months to be delivered, and were sometimes never delivered, having been intercepted by British ships. From the day he and his son left, Adams would not see his family for five whole years! He never saw his eldest daughter from age 14 to 19. Adams’ other two children were nine and seven. Imagine what you were like five years ago and imagine not seeing one of your parents or siblings since then. You would probably be unrecognizable to them!

John Adams set an outstanding example of servant leadership. In every situation, he was ready to sacrifice anything in order to serve. Like Adams, a leader must always be willing to put the needs of his people over his own desires. Being a servant leader is seldom ever convenient; after all, a sacrifice isn’t a sacrifice unless it’s an actual sacrifice.

Sacrifice is not an activity you fit into your free time. Adams epitomized the fact that sacrifice is a way of life. When you study his life, you find that he was one of the most respected and dependable men in the Congress because he could always be counted on to perform what others were too apprehensive to undertake. His noble actions took a toll on him and his family. His wife Abigail once wrote him, “’Tis almost 14 years since we were united, but not more than half that time we had the happiness of living together. … The unfeeling world may consider it in what light they please, I consider it a sacrifice to my country and one of my greatest misfortunes.” They spent half their marriage apart from one another!

John 15:13 says, “Greater love hath no man than this, that a man lay down his life for his friends.” John Adams was able to suffer so many hardships because his great love for his fellow Americans and future generations exceeded his love for himself. What would have happened if he and other Founding Fathers didn’t love America enough to risk everything they had for it? America wouldn’t exist! Their love for us enabled them to persevere through the most formidable trials. Likewise, we in God’s Church must have a vision of the future to sacrifice anything for God—friends, sports, jobs, entertainment, whatever!

In a letter to his wife in the middle of the war, Adams admonished you and me to remember the sacrifices they made for us. He wrote: “Posterity! You will never know, how much it cost the present generation, to preserve your freedom! I hope you will make a good use of it. If you do not, I shall repent in heaven that I ever took half the pains to preserve it.”

To Adams, it was worth giving up anything to found a physical nation. Is establishing God’s Kingdom worth sacrifice on our part? “For I reckon that the sufferings of this present time are not worthy to be compared with the glory which shall be revealed in us,” (Romans 8:18).

Adams didn’t die in battle for his country, but he still gave his life to America. Because of his sacrifice, he is remembered to this day. Give your life to God, and you will receive something far greater than merely being remembered—you will be glorified!