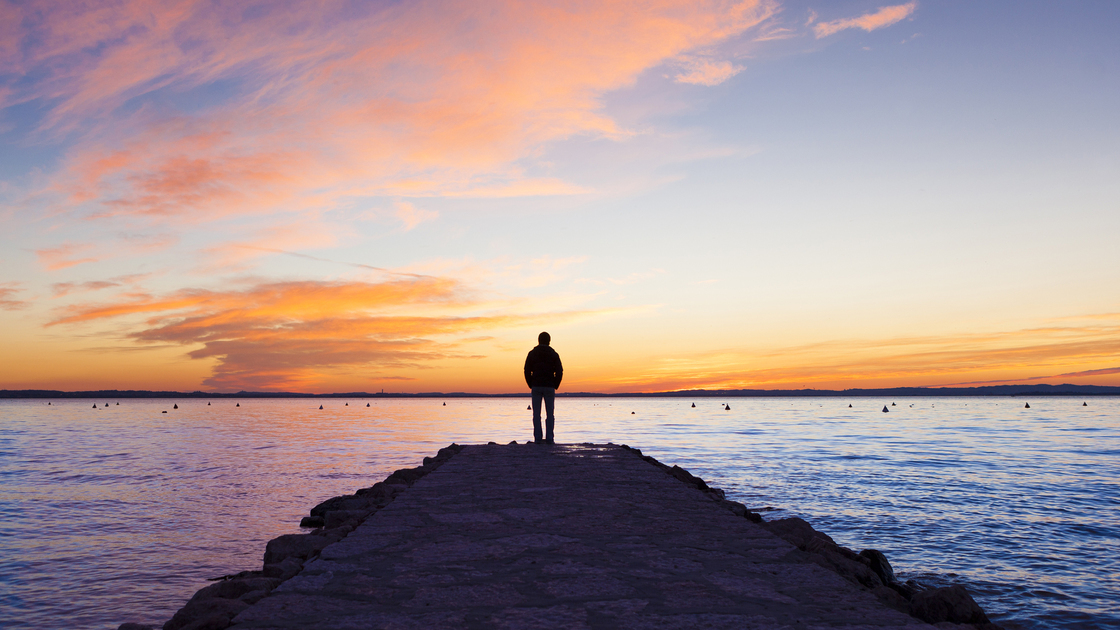 A recent study from usafacts.org revealed that “48 percent of Americans are feeling down, depressed, or hopeless during the covid-19 pandemic.” The Los Angeles Times reported that “signs of depression have tripled in the U.S. since the covid-19 pandemic got underway.” How about you? Do you have hope?

We can learn a lot about how to have hope from the Apostle Peter.

Peter wailed violently after he betrayed Jesus Christ, according to one translation. He was in the depths of hopelessness.

He had told Christ that he would never forsake Him. Christ’s response was that Peter would betray Him three times before the rooster crowed. When the soldiers came to take Christ, Peter followed at a safe distance. Then Peter warmed himself in a courtyard and people recognized him. They accused him of being a disciple of Christ. He denied it, even cursing them. After he denied Christ the third time, the rooster crowed. At that point, Peter remembered Christ’s words and wept bitterly! (Luke 22:54-62).

When this happened, Peter and the disciples had God’s Holy Spirit with them, but not in them. They would receive God’s Spirit in them on the day of Pentecost. It was at that point that the disciples became converted.

Before the day of Pentecost, Christ said to Peter, “[W]hen thou art converted, strengthen thy brethren” (verse 32). (This is Christ’s plea to the ministry in any era.) Peter followed Christ’s instructions as few men ever have. During Peter’s life, none of Christ’s disciples strengthened the brethren more than he did!

Peter was about to be martyred when he wrote his epistles. Then he was the epitome of hope. What a turnaround! Few—if any—of Christ’s disciples have ever had more hope.

His message is needed more today than at any time in the history of man!

Peter’s betrayal brought terrible shame on him! Think you will ever make it without God’s Holy Spirit in you? Look at Peter!

There is an important lesson here. No matter how hopeless you may think it is, wait on Christ and He will turn it around!

God’s hope never dies—it’s always there for us if we want it. But we must be patient to find that hope.

There is no such thing as hopelessness with God. In the depths of Peter’s despair, he found “a living hope”! And so can you.

We need what Peter had. In his epistles, he shows how to get it and make it part of our lives. What God is offering is not phony—it is reality: the greatest, most exciting hope our minds could possibly grasp!

To understand how Peter had this hope—and how you can have it also—read my free booklet The Epistles of Peter—A Living Hope.