Reverse
A real shift in thinking
By Christina Dattolo • Dec. 9, 2021 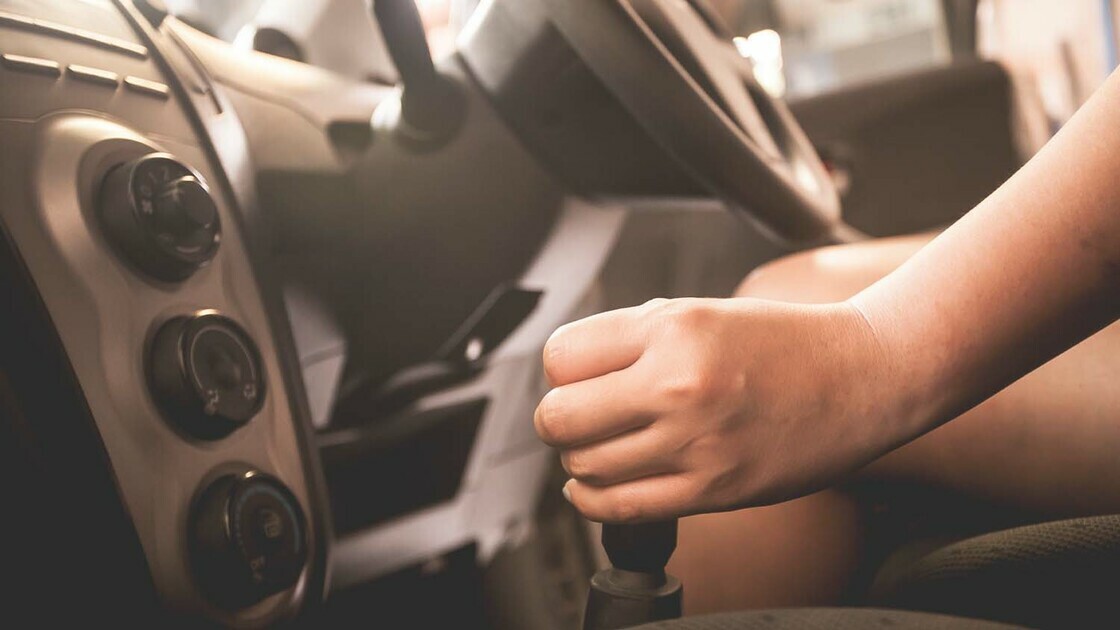 “Wuv roo choo Mahm!” I stuffed the last bite of sandwich into my mouth as I delivered this eloquent response to my mother while I ran down the steps to the car, yanking the keys out of my pocket. That’s pretty much how every “goodbye” went as I headed to work after school—the typical “drive safe” and the muffled reply through a late lunch as I hastened to get to the music studio before my first student.

It was a beautiful, radiantly sunny afternoon in early 2017. A few months ago, I had qualified for my G2 license (the next level after a permit in Ontario, one step away from a full license), freeing me up to drive myself to work three nights a week without Mom needing to come with me. I waved back at her reflection in the rearview mirror as I pulled out of the garage and turned around. Right on time.

As I reached the end of our long driveway, the steady hum of the freeway traffic floated in through the cracked windows. Though our house was situated on 14 beautiful acres, the freeway was only 400 feet away, visible through the line of trees that hadn’t yet budded with leaves this spring.

Because the freeway off-ramp was the next turnoff after our house, there was always a lot of traffic on the main road. Thankfully, though, it was pretty light today. I pulled out, drove past the off-ramp, and stopped at the solitary light at the edge of our little town of 1,000 people. To the right were the back roads leading farther into our town, and to the left were the main roads leading to downtown Milton and Main Street, as well as the on-ramp to the freeway.

As I pulled up to the stoplight, I noticed that there were two eighteen-wheeler semi-trucks in front of me—one in the left-turn lane and one in the right-turn lane. That’s odd, I thought. They’re both from the same company—I wonder why they’re not both going to the freeway.

Shrugging it off, I flipped my left-turn blinker on and cranked the radio, waiting impatiently for the green arrow to flip on. Come on … there’s no one even coming.

Finally, the arrow turned green. I kept my distance while the semi in front of me slowly turned, snaking toward the freeway on-ramp. Finally, he was out of the intersection and I was free to turn before our freakishly quick light turned yellow again. I started turning left before I knew what was happening. Then I glanced in my right side-view mirror and became filled with dread.

The semi-truck in the right-turn-only lane was going to the freeway. For whatever reason, he had gotten in the wrong lane. He started turning left, and in a horrid split-second realization, it occurred to me that he probably hadn’t seen me pull up behind the other semi, and thought he was turning into an empty intersection. He’s going to hit me. I’m going to be crushed.

These thoughts raced through my head in mere moments as the semi-truck bore down on me. In a fraction of an instant, he was going to squash my little Honda like a bug. I took my foot off the gas, my shaking hand darting to the gear-shift to throw it in reverse, but somehow I knew I wouldn’t be fast enough to get out of the way. It was like moving in slow motion through a nightmare. I finally understood the expression “my life flashed before my eyes.”

And then it happened: In that moment, I realized with amazement that I was already backing up. The car was already in reverse and shooting backward. I looked down at my foot—still in the air, hovering between the brake and gas pedals.

I was jerked back to reality as the truck driver blared his horn, finally seeing me. Coming to my senses, I yanked the wheel to the side and stopped when I was out of harm’s way, my car now straddling the left-turn lane and the opposite side driver’s lane as the semi shakily rattled its way through the intersection to the on-ramp.

I tried to regain my composure and slowly pulled the car back into the left-turn lane, robotically flipping on my left-turn blinker and waiting again for the arrow to turn green. As I waited, the stories from Mr. Armstrong’s autobiography about a night when he was driving and God supernaturally forced his car to go a certain direction came to mind: “At the next intersection, the steering wheel of the car automatically turned to the right. I felt the wheel turning. I resisted it. It kept turning right. Instantly I applied all my strength to counteract it, and keep steering straight ahead. My strength was of no avail. Some unseen force was turning that steering wheel against all my strength. … Could it possibly be that an angel FORCED the steering wheel to turn me in here?”

Similar thoughts now began to fill my mind as I finally made an uneventful left turn and headed to work. Did an angel put my car in reverse because I wouldn’t have been able to do it in time?

I took a few deep breaths and gave a prayer of thanks to God. The rest of the drive to work was, thankfully, mundane and ordinary. By the time I arrived, my heart had returned to its normal pace. But that story, and the fear mingled with the intense relief that followed it shortly after, has been etched into my memory for a long time.

My family and I have benefited from miraculous protection dozens of times over the years. Every teen in God’s Church can probably remember at least a handful of their own protection stories offhand. But this one instance stands out as the most breathtaking for me. I realized I had not been praying for God’s protection as regularly as I should have been, and that I had not appreciated and thanked God for it enough either. I don’t know what would have happened that afternoon had God not intervened to pull me out of harm’s way. What I do know is that ever since that day, I have never stepped foot in a car without first praying for God’s protection over the journey—whether it is for two hours or twenty minutes. And I try to never let a day go by without thanking God that, at a lonely little intersection in the middle of nowhere, an angel just might have thrown my car into reverse.