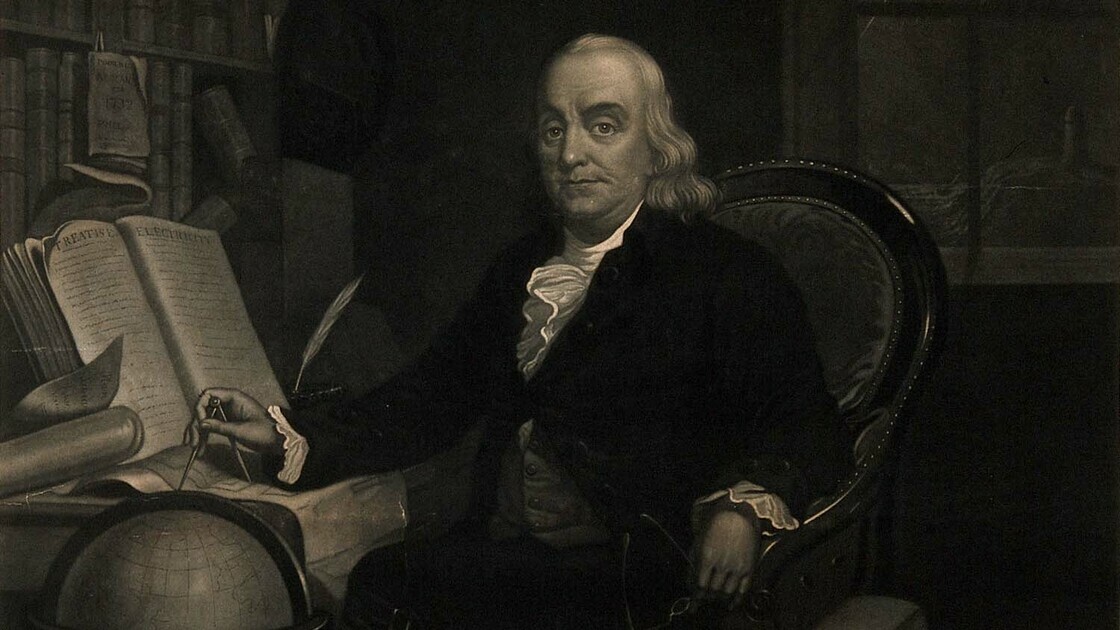 How many times have you wanted to improve at something? Maybe you were really motivated to make a change in your behavior, routine or ability. If you’re anything like me, this excitement probably only lasted for a week or two before it died off, and it was back to life as normal.

Benjamin Franklin was always curious. He was always looking for things he could improve or better ways of doing things. Yet the difference between Franklin and the average person was that Franklin was a master at self-improvement. Not only did he set goals, he developed strategies to reach those goals.

When Franklin was a teenager, he became friends with “a bookish lad” named John Collins. He and Franklin loved to debate with each other on many topics. On one occasion, they were debating whether or not women should be given formal education. Franklin argued that they should, but he realized quickly that even though he was probably right, he could not express his arguments as clearly and elegantly as Collins. “He was naturally more eloquent, had a ready plenty of words; and sometimes, as I thought, bore me down more by his fluency than by the strength of his reasons,” wrote Franklin in his autobiography. Franklin’s friend may not have had the better argument, but he often prevailed because he could express his thoughts far better than Franklin.

Realizing his weakness, young Benjamin decided to do something about it. “About this time I met with an odd volume of the Spectator. … I bought it, read it over and over, and was much delighted with it. I thought the writing excellent, and wished, if possible, to imitate it.” The first step in improving his writing was setting a goal: he wanted to write like the authors of the Spectator. But how was he going to accomplish this goal? Franklin thoroughly studied the essays and made “short hints of the sentiment in each sentence.” Basically, he summarized the entire work with one or two key words in place of each sentence. Then, he meditated on the notes he had made before setting them aside. After a few days, Franklin tried to reproduce the essay in his own words from memory. “Then I compared my Spectator with the original, discovered some of my faults, and corrected them.”

Franklin didn’t just read good pieces of writing to get better (which is still beneficial); he imitated it. He developed a strategy and evaluated his execution of that strategy. By identifying and systematically attacking his weakness, he was able to turn it into one of his strengths.

Years later, Franklin identified more weaknesses—this time in his character. “It was about this time I conceived the bold and arduous project of arriving at moral perfection. I wished to live without committing any fault at any time; I would conquer all that either natural inclination, custom, or company might lead me into. As I knew, or thought I knew, what was right and wrong, I did not see why I might not always do the one and avoid the other.” Franklin was not overtly religious, but he could tell there was value in practicing good morals. Like all of us, he could see facets of his character that fell short of moral perfection. So once again, he decided to do something about it.

Franklin chose 13 virtues to perfect: temperance, silence, order, resolution, frugality, industry, sincerity, justice, moderation, cleanliness, tranquility, chastity and humility. But Franklin knew that he would probably give these things up quickly if he didn’t set more specific, practical goals. For example, under industry he wrote, “Lose no time; be always employed in something useful; cut off all unnecessary actions.” For silence, he wrote, “Speak not but what may benefit others or yourself; avoid trifling conversation.” So not only did Franklin set goals, but he broke them down into specific instructions.

If your goals are too broad, then it’s harder to discern whether or not you have actually achieved them. If you have to meet specific requirements, it’s much easier to track your progress.

Focus all Your Attention

After setting a goal, Franklin devoted all his concentration on one of them. This is another important factor of improving at something.

“I judged it would be well not to distract my attention by attempting the whole at once, but to fix it on one of them at a time; and, when I should be master of that, then proceed to another, and so on, till I should have gone through the 13,” wrote Franklin. To accomplish this, he drew a table with every virtue corresponding to each day of the week. Before going to bed, he evaluated his day and marked whether or not he had succeeded in practicing that week’s virtue. This practice enabled Franklin to see how much he was either struggling or succeeding.

This is another crucial component of improving: document your progress. Put words on paper, and genuinely evaluate yourself. Doing this will help you think about your goal more throughout the day and hold yourself accountable.

Franklin famously said, “If you fail to plan, you are planning to fail.” If you struggle to reach your goals, consider using the Franklin technique. He never fully perfected his 13 virtues—many are spiritual in nature and require God’s power. But by aiming for perfection and making a plan, he was able to make considerable improvement. At the end of the day, what God is looking for is growth (2 Peter 3:18; Matthew 7:17-20). Benjamin Franklin was able to become successful physically, but with access to God, you can become successful physically and spiritually.