The Woman Who Saved the Man Who Saved the World
By selflessly serving a child, one woman had a profound impact on Western civilization.
By Jeremiah Jacques • Oct. 5, 2021 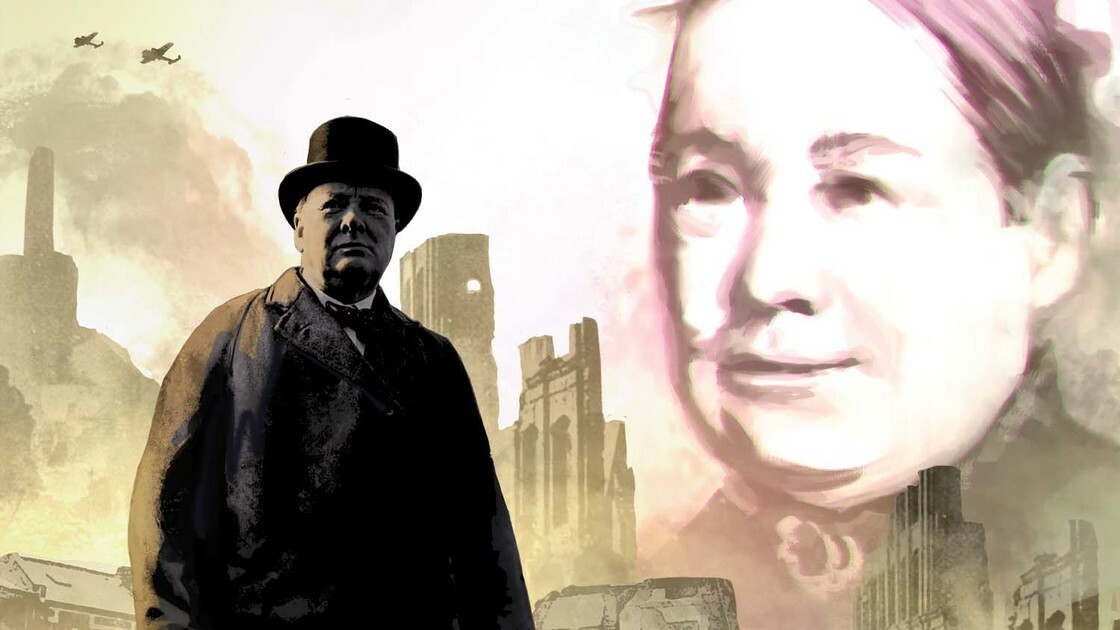 As a child, he had a large table for his thousands of toy soldiers and their momentous battles, wonderful collections of books and stamps—and even his own log cabin, accessed over a small moat by a functioning drawbridge. All a boy could ask for.

This boy was Winston S. Churchill. His parents provided his physical needs and luxuries, but deprived him of affection and even time together. In the Victorian era, high-society parents like his viewed their children at appointed times and received reports from those who actually spent time with them, their nannies. But Randolph and Jennie Churchill had no time for even these brief interactions.

The two saw very little of Winston during his earliest years. When he turned 7, they sent him off to his first of several boarding schools, where he suffered bullying from classmates and even teachers due to a sickly disposition and speech impediments.

Except on rare occasions, neither his mother nor his father took the short train ride to see him. In fact, they rarely replied to his letters. Nine-year-old Winston wrote his mother, “I have only had one letter from you this term.”

While father and mother tended to things they viewed as more important, who watched Winston? The live-in caretaker they hired when he was a few months old, a 42-year-old woman named Elizabeth Ann Everest.

‘The Fireside at Which He Dried His Tears’

Most biographies include little mention of nannies. But in biographies of Churchill, the situation is different. William Manchester’s The Last Lion, for example, discusses Everest in dozens of passages, many quite detailed. That’s because the early history of Winston Churchill is largely the history of Everest.

For Winston’s first seven years, she was his world entire. This world was largely one of learning: Reading, writing and basic mathematics were part of their daily routine in the nursery. But Everest also allowed time for, and even joined him in, acting out scenes from the books they read.

“Woom” was apparently the closest young Winston could get to saying “woman.” This became his name for her. “Woom” was more than educator and playmate. She saved him from emotional starvation. She shaped his personality. She taught him to navigate the vicissitudes of life. And Winston, neglected by parents, bullied and struck down by frequent and prolonged illnesses, experienced vicissitudes. But even as he grew and his world widened, he knew that whatever struggle he faced, he had someone to turn to.

In My Early Life, he wrote that she was his “confidante” and that “to her I poured out my many troubles.”

At age 11, Winston contracted double pneumonia and was violently ill for several days. His doctor wrote his parents: “Forgive my troubling you with these lines to impress upon you the absolute necessity of quiet and sleep for Winston and that Mrs. Everest should not be allowed in the sick room today—even the excitement of pleasure at seeing her might do harm!”

The next year, Winston was living at Harrow boarding school. His mother had not visited him there for nearly a year, and his father never had. But one day, after months of Winston beseeching his parents to send her, Mrs. Everest arrived. “Public-school boys then were ashamed of their nannies,” Manchester wrote. But Winston “paraded his old nurse, immensely fat and all smiles, down High Street, and then unashamedly kissed her in full view of his schoolmates.” One later said that kiss was “one of the bravest acts I have ever seen.”

Violet Asquith, a personal friend to Winston Churchill during his adult years, summarized all that Woom was to him: “In his solitary childhood and unhappy school days, Mrs. Everest was his comforter, his strength and stay, his one source of unfailing human understanding. She was the fireside at which he dried his tears and warmed his heart. She was the night light by his bed. She was security.”

Everest warned her charge of the dangers of debt, the perils of befriending bad influences, the importance of maintaining health, the virtue of practicing kindness toward animals. She helped him develop concern for the poor, which Manchester wrote would help make Churchill one of the two “most effective champions of the working class” in Britain’s political arena.

Everest also taught Winston, as best she could, about his Creator. He would see her praying silently and ask about the purpose. She would explain, and pray aloud for him to hear and learn. It was from her lips that Winston first heard passages of the King James Bible. She helped him memorize parts of it, and taught him about the lives of men and women recorded in it. The two took frequent walks together, during which she taught him to sing hymns.

In Never Give In: The Extraordinary Character of Winston Churchill, Stephen Mansfield describes Everest as a “low church” adherent averse to the “ritual” and “popish trappings” of the Anglican Church. “But she was … a passionate woman of prayer and she taught young Winston well.”

His belief that his country represented “Christian civilization” was central to his lifelong sense of mission. Growing inside him was his now historic, indomitable determination to stand and fight.

“[W]ho put such moral steel in Churchill’s heart and spine?” journalist Cal Thomas asked. “If his parents were not strong spiritual and ethical guides, who gave Churchill such principles?”

British Prime Minister Boris Johnson’s 2014 biography concludes that: “She it was, I reckon, who helped him to that vast and generous moral sense.”

The “moral sense” Everest helped build in young Winston is not incidental. It ultimately changed the course of history.

“There has probably never been a greater political watchman than Winston Churchill,” Trumpet editor in chief Gerald Flurry writes in his booklet Winston S. Churchill: The Watchman. “His foresight saved the Western world from demise in World War ii” (ibid).

The importance of Churchill’s uncompromising stand against Nazi evil, at a time when no one else was willing to confront it, cannot be overstated. It truly saved the world. Mr. Flurry makes clear that it was actually God who accomplished that, but He did so through Churchill. And Churchill would never have had the foresight, conviction and spine to be used in a mighty way without Everest.

‘My Dearest and Most Intimate Friend’

When Winston was 19, financial strain prompted his family to dismiss Everest, despite his adamant objections.

She moved in with her sisters who, along with more financial support from Winston than he could sensibly afford, kept her from utter destitution. But the following year, Winston received a letter saying she had contracted peritonitis, an inflammation of the abdominal tissue.

He dropped everything and rushed to see her.

Everest knew her own condition was serious, but her worry was over Winston, who had traveled through rain to visit her. She refused to be comforted until he dried himself off. Soon after, she slipped into a coma. The young man sat at her side, holding the hand that had dressed him, helped him walk, turned the pages of his storybooks, pointed to the Scriptures, dried his tears, picked him up, and built his life.

He held her hand until the end, at 2:15 the next morning. He later wrote, “Death came very easily to her. She had lived such an innocent and loving life of service to others and held such a simple faith that she had no fears at all, and did not seem to mind very much. She had been my dearest and most intimate friend during the whole of the 20 years I had lived.” He wrote to his mother, “… I shall never know such a friend again.”