My Unintentional Act of Kindness
A secret to being truly happy
By Micah Turgeon • Sep. 16, 2021 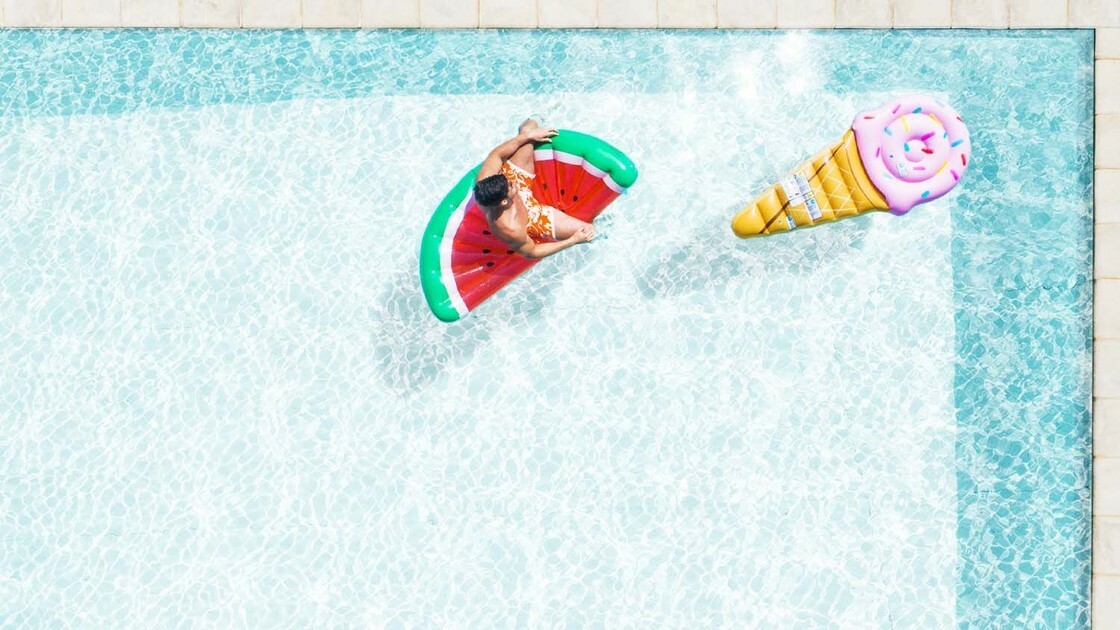 When I was 16, my family and I attended the Feast of Tabernacles in Huntsville, Ontario, Canada. Hailing from Oklahoma, I only knew about four or five other teens my age who would be attending the same site as me. When we reached the Feast site, I made it a goal to spend time with them and strengthen our already-established friendships.

When the family day picnic rolled around, I recognized that I was going to have an open night—perfect for a party with my friends. So, between playing tennis, soccer, basketball and volleyball, I started inviting my friends one by one to have a pool party with me. Pizza and swimming, that’s all I needed to sell the action-packed extravaganza I had planned for the evening. Before I knew it, the plans were set and all the teens I had invited had agreed to come. I was ecstatic—everyone I wanted to hang out with, plus pizza! What more could I have wanted?

As family day was ending and I was walking back to the hotel room, I heard a voice call me from behind. “Micah?” I turned around and saw a middle-aged woman, which was definitely not what I was expecting. I had to double-take to make sure she was talking to me.

“Um, yes?” I got that nervous feeling one gets when a random adult asks to speak with you, and you immediately think you’re in trouble for something.

As my mind raced through every possible bad thing I had ever done in life, she said, “I just wanted to thank you for inviting my son to your pool party tonight. It really means a lot to him and to me that you thought to invite him.”

“Oh sure, no problem,” I replied. But in my mind, I was thinking, Who? When did I invite that kid? He’s like 12 years old; there’s no way I would have invited him! I was correct. I never did invite that boy to my pool party. As it turned out, he was nearby when I was inviting other people to the party, but I never directly extended the invitation to him. But apparently, he thought I did.

I wasn’t upset that he was coming. Instead, I felt really bad. I had no intention of hanging out with him that day, yet there he was. Selfishly, I just wanted to hang out with people my age, people in my clique of friends. But when that woman told me how much it meant to her and her son that I (unintentionally) included him in something, I realized that my focus had been completely self-centered. I didn’t think about how I could serve people like him at the Feast site, but only about how they could serve me. And if I didn’t feel that I would have a fun time with them, I never even gave them a chance.

When the pool party came, so did that boy. He was younger than the rest of us, but he still fit in. After I had heard how much he just wanted to be included in the party, it helped me to get my focus off myself and try to help him and the others have a great time. And as much as I tried to give and share with them, I was having a great time too!

This experience was unique, but it showed a principle I have observed throughout my life. Any time I have approached something with a selfish mindset, it always ends up leaving much to be desired. Being selfish can make us start to daydream about how awesome a certain activity is going to make us feel. Then we start to think that the world revolves around us, and if everything doesn’t go exactly as we had hoped, it can ruin the entire event. But whenever we approach things with a giving mindset, we care more about how others feel. With that approach, not only do others have a better time, but you end up having more fun too. It doesn’t matter if everything doesn’t go the way you want it to or if you’re not with people you prefer, because you’re not concerned about what you want.

Approaching every friendship, conversation or party with the mindset of giving is one of the secrets to being truly happy. Philippians 2:3-4 admonish us not to do anything through selfishness. We shouldn’t be overly concerned about how everything will make us feel; we should make decisions based on how it can positively benefit those around us.

I didn’t originally want that boy at my party, but I believe God did and that He gave me this experience so I would learn to be more inclusive and broaden my perspective. That inadvertent invitation meant a lot to that boy and his mother. At the Feast or throughout the year, going out of our way to show others we care about them can go a long way. It might even change their entire Feast!

The next time you have the chance to include others, learn from my mistake: Invite those people you might not normally think of, and esteem them better than yourself. Invite those certain individuals before God has to do it for you.