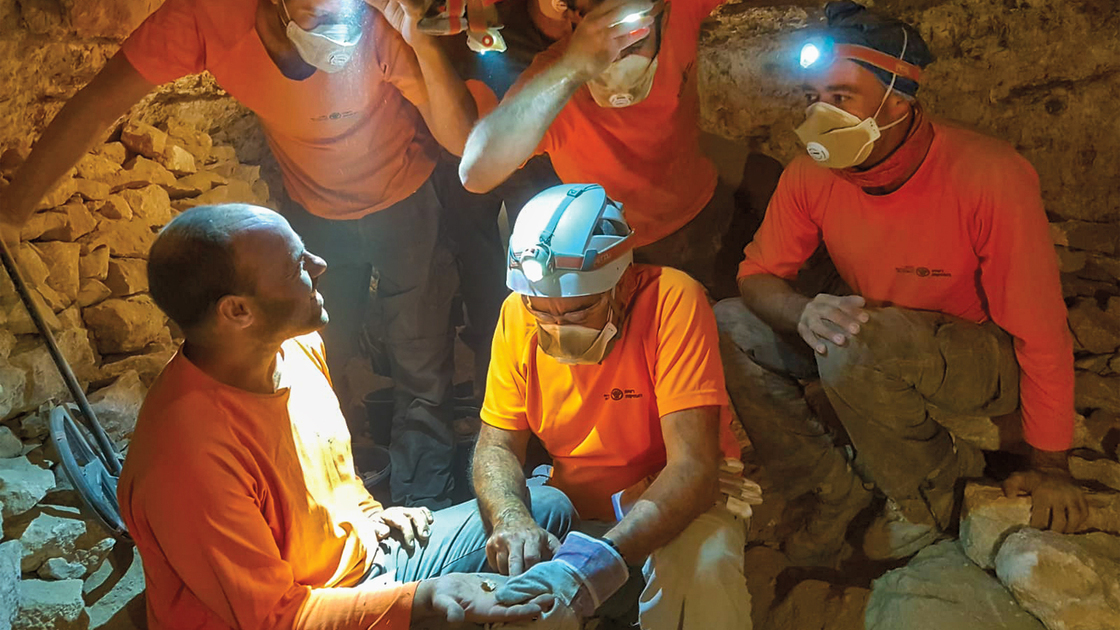 Since the revolutionary discovery of the Dead Sea Scrolls in the 1940s and ’50s, archaeologists have been scouring caves surrounding the Judean Desert for any remaining parchments. In March, the Israel Antiquities Authority announced a trove of discoveries, including some 80 fragments of a Bible scroll, the first found in 60 years.

Archaeologists rappelled more than 250 feet to reach the cavity inside a sheer cliff. The presence of human bones found within the cave led to its being named the “cave of horror.” The skeletons were of daring Jews who took refuge and died there at the time of the failed Bar Kochba Revolt of the early second century a.d.

The scroll fragments belong to a Greek copy of the 12 minor prophets and contain 11 lines of text from the books of Nahum and Zechariah. The passages are as follows:

“These are the things you are to do: Speak the truth to one another, render true and perfect justice in your gates. And do not contrive evil against one another, and do not love perjury, because all those are things that I hate—declares the Lord” (Zechariah 8:16-17).

“The mountains quake because of Him, and the hills melt. The earth heaves before Him, the world and all that dwell therein. Who can stand before His wrath? Who can resist His fury? His anger pours out like fire, and rocks are shattered because of Him” (Nahum 1:5-6).

The Israel Antiquities Authority has surveyed more than 50 miles of desert caves and have discovered coins, jars, arrowheads, spearheads, date pits, combs, a mat, a 2,000-year-old sandal and fabric. About 17 miles of desert and at least 20 caves remain to be excavated.