Walk With the Wise
How choosing the right friends saved a future president
By Micah Turgeon • June 10, 2021 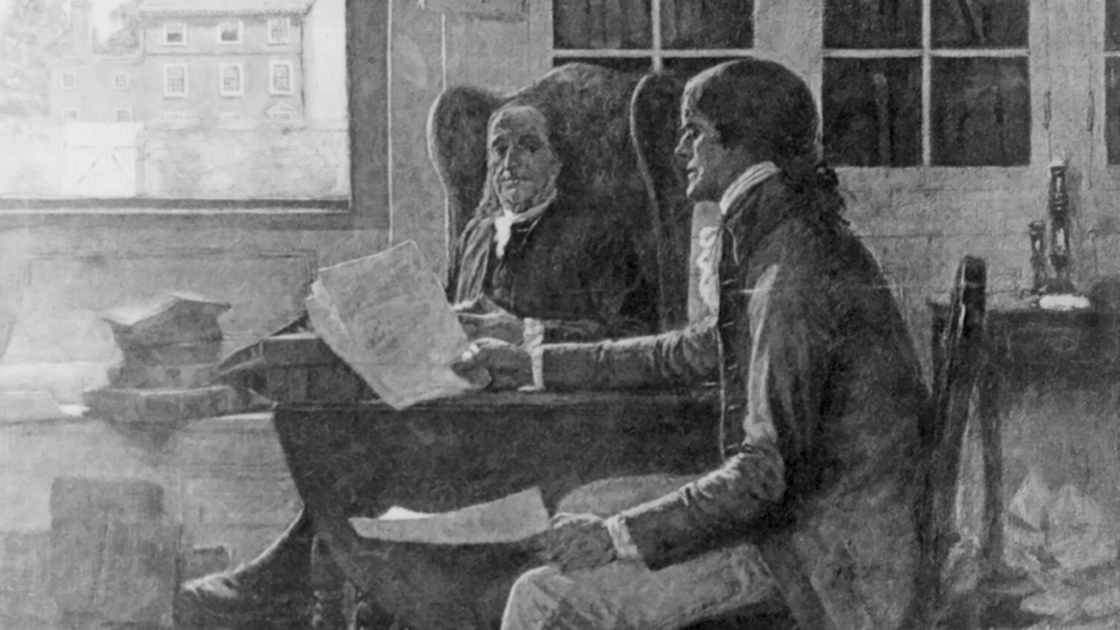 Thomas Jefferson’s father had just died, and young Thomas was left as the oldest male in his family. Just a teenager, Thomas had lost the most stabilizing force in his life, and he could see that he needed some wise guidance, lest he suffer from the naïveté of youth. Rather than try to find that guidance from his peers, he looked for successful men to serve as his mentors. He wrote, “When I recollect that at 14 years of age the whole care and direction of myself was thrown on myself entirely, without a relation or a friend qualified to advise or guide me, and recollect the various sorts of bad company with which I associated from time to time, I am astonished I did not turn off with some of them and become as worthless to society as they were.”

Not quite yet 17 years old, Jefferson was accepted to attend the College of William and Mary in Williamsburg, Virginia. This was a rough town, full of vices that ensnared many young men like Jefferson with taverns, brothels and other debaucheries. Jefferson referred to the town as “Devilsburg” because of its depravity.

Early in his stay at Williamsburg, Jefferson found his first mentor: Dr. William Small. Small was a Scottish physician and professor at William and Mary who instructed Jefferson in physical science. Small was not even 10 years older than Jefferson, but he had already accomplished a lot in his 26 years. “It was my great fortune, and what probably fixed the destinies of my life that Dr. William Small of Scotland was then professor of mathematics, a man profound in most of the useful branches of science, with a happy talent of communication, correct and gentlemanly manners and an enlarged and liberal mind,” Jefferson wrote (emphasis added). Spending time with a man of such intelligence played a large part in shaping the man Jefferson was to become.

William Small later introduced Thomas to two other upstanding individuals. The first was George Wythe, a judge who taught Jefferson while he studied law from 1762 to 1767. Wythe was nearly 20 years older than Jefferson, but the two became lifelong friends. After teaching Jefferson in college, Wythe would go on to become one of America’s Founding Fathers by signing the Declaration of Independence as a Virginia delegate.

Wythe had dropped out of college because he lacked the money to finish his degree. Despite this, he kept studying and was able to become a lawyer. While teaching at William and Mary, Wythe became America’s first professor of law. Besides Jefferson, Wythe also instructed James Monroe, who would become the fifth president of the United States, and John Marshall, who would become the fourth chief justice of the Supreme Court.

Jefferson probably learned more from George Wythe than from any of his other mentors. In his autobiography, Jefferson wrote: “Mr. Wythe continued to be my faithful and beloved mentor in youth, and my most affectionate friend through life.” In another one of his writings, Jefferson said that “his virtue was of the purest tint: his integrity inflexible, and his justice exact; … for a more disinterested person never lived. Temperance and regularity in all his habits gave him general good health, and his unaffected modesty and suavity of manners endeared him to every one.” This man had strong character, and this helped Jefferson strengthen his own virtues.

As Jefferson spent more time with these two extraordinary role models, he began to blossom as a student. Dr. Small and Mr. Wythe were good friends with Francis Fauquier, the governor of Virginia, and in the decade before the Revolutionary War, they invited Jefferson to dine with them at the governor’s house. At first, Jefferson was only there to play his violin—he practiced several hours a day. But soon they were inviting Jefferson more for his ability as a conversationalist than a violinist. Jefferson called Fauquier “the ablest man who ever filled the chair of government here” and that “at these dinners I have heard more good sense, more rational and philosophical conversations than in all my life besides.” Jefferson served in politics his entire adult life, yet he said those dinners were where he learned the most.

There are many lessons to take from this part of Jefferson’s life. Even though these mentors were only in his life for a few years, they helped shape the ideas, habits and decisions of a young man who would later become president. This shows how important it is to surround yourself with the right friends during your teen years. Find friends who make you a little uncomfortable—people you have to raise your standards around. Find friends who will challenge you to be better.

You can read the story of King Rehoboam in 1 Kings 12. After inheriting the throne from his father Solomon, the people approached him and asked him to reduce their heavy taxes. At first, Rehoboam made a wise decision: to counsel with the wise elder men in Israel about what to do. But then Rehoboam went to his childhood friends for advice. He foolishly decided to listen to his peers rather than to the wise counselors. Read the entire chapter to see how Rehoboam’s kingdom suffered because of this decision.

1 Corinthians 15:33 says, “Be not deceived: evil communications corrupt good manners.” A young person may have a lot of talent and potential, but these can be ruined by evil communications—harmful friendships. The answer to this problem is not to have zero friends, but to have the right ones. “He that walketh with wise men shall be wise: but a companion of fools shall be destroyed” (Proverbs 13:20). There is a famous adage that states, “You are what you eat.” What you put into your body will determine the health of your body. In the same way, the quality of what you put into your mind will affect the health of your mind. This includes whom you spend your time with. The formula is simple: You are whom you associate with!

When reflecting on his entire life, Thomas Jefferson recognized that his association with successful mentors was probably the biggest reason for his success. “I had the good fortune to become acquainted very early, with some characters of very high standing and to feel the incessant wish I could ever become what they were. Under temptations and difficulties, I would ask myself what would Dr. Small, Mr. Wythe, Peyton Randolph [president of the Continental Congress and Jefferson’s first cousin once removed] do in this situation? What course in it will ensure me their approbation? I am certain that this mode of deciding on my conduct tended more to its correctness than any reasoning powers I possessed. Knowing the even and dignified line they pursued, I could never doubt for a moment which of two courses would be in character for them whereas seeking the same object through a process of moral reasoning, and with the jaundiced eye of youth, I should often have erred.”

Finding the right mentors is not the only key to being successful. You must also do your part (Jefferson reportedly loved to study 15 hours a day), but finding the right mentors at a young age can save you from many bad decisions. Too many young people go through a lot of suffering because they fail to choose their friends wisely. But if you want to be as wise as Thomas Jefferson, then find mentors as wise as his were.