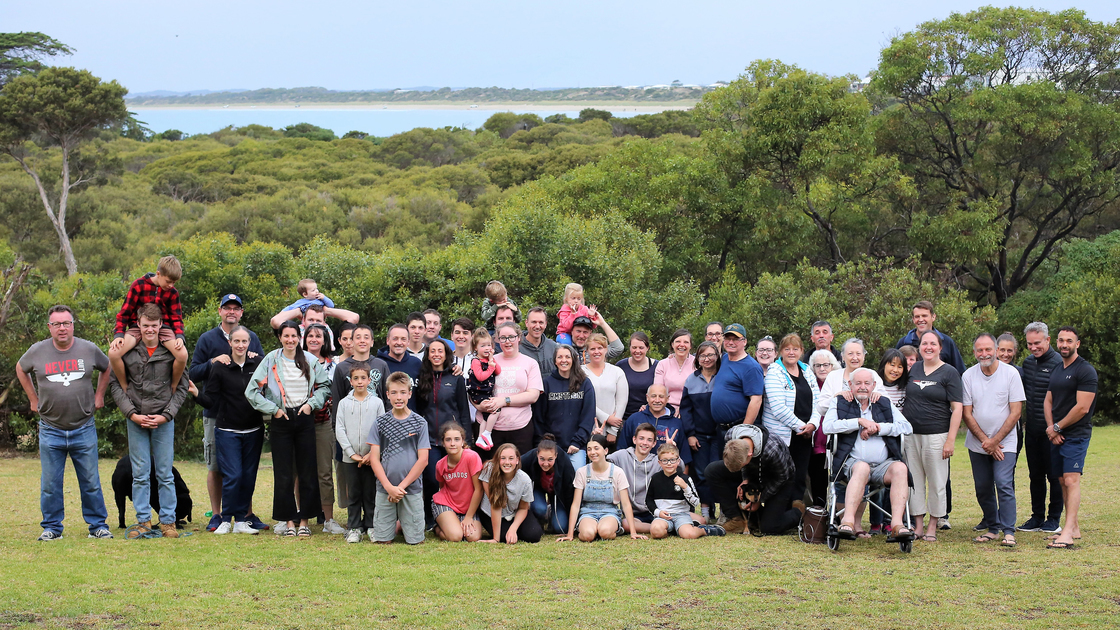 AUSTRALIA—On the weekend of March 5-8, about 60 members came together for the annual Robe campout on the picturesque southern coast. Members from South Australia and Victoria, who have held the event eight times since 2012, were joined by members New South Wales, Queensland and Western Australia.

Coronavirus restrictions in Australia differ from state to state, and lockdowns can be issues with only a few hours’ notice. Deacon John Makrai, who lives in Victoria, said this introduced uncertainties since Robe lies in South Australia, but he “had a great deal of help from Brian, Naomi and Jane Grellet on the South Australian end working out quantities and ordering of food, as well as kitchen organization.”

Members arrived on Friday to help set-up the cabins and kitchen. “Those that attend year after year, come with a greater attitude of service,” Makrai said, “which makes the camp run smoother and easier every year.”

After dinner, a Bible study by Regional Director Aaron Hudson and the first night’s rest, the Sabbath brought a relaxing morning with fellowship over brunch before the afternoon service, consisting of a sermonette by Local Elder Callum Wood and a recorded sermon from headquarters. The night ended with fellowship and dinner for the adults and interactive games for the children, organized by Melbourne member Isaac Melle.

Sunday brought grayer skies and light showers in the morning but that didn’t deter Melbourne Local Church Elder Andrew Kennedy from taking the eager kids down to the water to teach them how to fish. When they returned, the skies cleared in time for a barbecue lunch by the beach. Members then enjoyed fellowship or beach volleyball before dinner.

Local Elder Callum Wood, said his 3-year-old son, Henry, had been looking forward to his first campout, adding, “It was great to see all the kids playing together, going fishing, running around enjoying themselves.”

Brisbane member Danielle Underwood said that having so many young people at the camp made it “a blast getting to know their different personalities and watching them play and laugh together.”

“You can see everyone relax a little bit and the laughs and good conversation flow as soon as people start arriving,” said Hannah Barrett, from Melbourne. “Everyone chips in to help and it just works. Personally, I love the bonfire night, because we all sit around the big fire and roast marshmallows, playing with sparklers and chatting.”

Sunday night ended with the tradition of children roasting marshmallows over the bonfire.

“The most special thing about the Robe camp is being with our spiritual family for a few days away from the evils of this world,” Makrai said, “giving us a small taste of the world tomorrow.”