Derek Chauvin’s Trial and the Book of Joshua
Don’t be so sure you know a situation.
By Christopher Eames • April 22, 2021 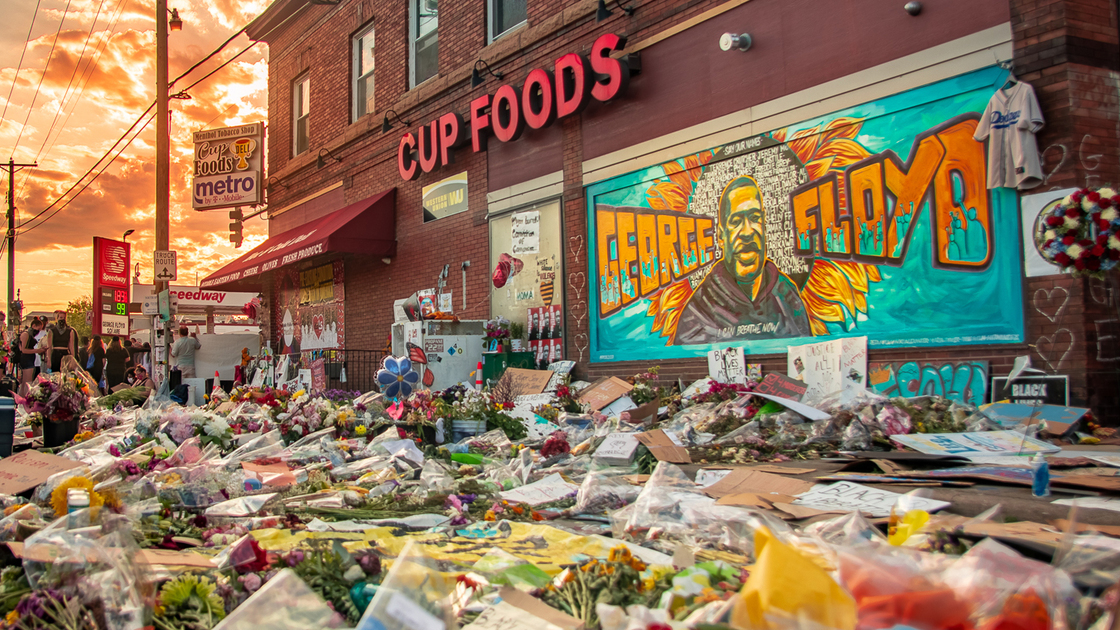 For 9 minutes and 29 seconds, police officer Derek Chauvin had his knee on the neck of a man who was repeatedly pleading, “I can’t breathe.”

George Floyd has since become a household name. The outrage from his death during the incident was widespread—utter condemnation of the officer from all sides of the political spectrum—from Maxine Waters on the far left to Dan Bongino on the right.

The video of the incident, taken and uploaded to social media by a passer-by, is infamous, and at best displays a criminally negligent police officer—at worst, a murderer.

At least, that’s what I first thought. I had heard the news. I had seen the video. There’s no two sides to this. Seeing is believing, right?

Then I watched the arguments in the trial. And what was explained brought to mind a peculiar incident in early Israel’s history, one contained in Joshua 22.

At this point in the biblical account, the tribes had settled in the newly conquered Promised Land. The majority of the tribes were located on the western side of the Jordan River; a smaller contingent (the tribes of Reuben, Gad and half of Manasseh) was situated on the east of the river.

Mercifully, the Israelites sent a forward-party of princes, led by Phinehas the priest, to warn the eastern tribes of their coming destruction and to query why they were making such a cataclysmic religious decision (verses 13-20). More than likely, this speech took place in full view of the offending structure.

When the representatives of the eastern tribes finally had a chance to cut in, however, everything changed. “The Lord God of gods, the Lord God of gods, he knoweth, and Israel he shall know; if it be in rebellion …. Therefore we said, Let us now prepare to build us an altar, not for burnt offering, nor for sacrifice: But that it may be a witness between us, and you, and our generations after us …” (verses 22, 26-27). They explained that this altar was not an operational one, but was built to serve as a “witness” for their descendants, a reminder of their joint covenant with their western brothers, given their geographical separation. “God forbid that we should rebel against the Lord, and turn this day from following the Lord, to build an altar for burnt offerings, for meat offerings, or for sacrifices, beside the altar of the Lord our God that is before his tabernacle” (verse 29).

The relieved priest and princes returned to their land, calling off the troops. What had been so obvious to them (to the point that they hadn’t even bothered to ask the purpose for such a construction), had turned out to be a colossal misunderstanding.

Back to the present day. The trial is in its concluding moments. And Derek Chauvin’s defense attorney says something profound. “Throughout the course of this trial, the state [prosecution] has focused your attention on 9 minutes and 29 seconds. The proper analysis is to take those 9 minutes and 29 seconds and put it into the context of the totality of the circumstances” (emphasis added).

A man pressing down on the neck of another man, prone, repeatedly pleading I can’t breathe—the words that have now become the slogan for social justice. There’s no two sides here, right?

But did you know that Floyd was repeatedly claiming I can’t breathe long before Chauvin even touched him? That he was protesting I can’t breathe while the struggling police officers tried to make him sit down in the police car? That the forcefully resisting Floyd finally reemerged from the car and then Chauvin intervened?

The constantly repeated claims of I can’t breathe, while the officers tried to make Floyd sit still in the car, clearly (and understandably) desensitized them. There is such a thing as the “cry wolf” syndrome. As the defense attorney brought out, these repeated claims of I can’t breathe were thus associated right from the outset by the officers at the scene with Floyd’s resisting them.

Of course, there are numerous other details to the story. There’s the fact that Floyd was high on fentanyl. There was his aggressive resistance to the officers in the lead-up to his pinning down on the ground. There was the very real distraction to the officers from a growing and potentially threatening crowd, distracting their combined attention away from the individual at hand. There’s even the debate about Chauvin’s knee on Floyd’s neck—that from the angle of the officer’s video camera, it appears the knee was on the shoulder.

On April 20, a jury found Chauvin guilty on all counts, up to second-degree murder. Was it the right decision? It’s hard to say—but that’s not the point of this article.

The lesson is, even the most seemingly obvious situations have two sides. Seeing is not believing. In this fragile age of social media, the court of public opinion is swayed all too hastily by select video footage. Those 9 minutes and 29 seconds of excruciating footage are brutal. But they are part of a much longer context, missed from the angle of the passer-by, that went on long before she arrived. Context that perhaps should still condemn Chauvin. Or context that should acquit him. And if there is still significant uncertainty, then the American judicial system works based on the presumption of innocence. As Chauvin’s defense pointed out: It is not the job of the accused to show that he is innocent—it is the job of the accuser to prove that he is guilty.

At least, that’s the way it used to work in America. Clearly, in the current political climate, with a summer of riotous destruction behind us (and a tinderbox ahead), the tables have been turned.

When it comes to humans, inherent bias, intense peer pressure and the tendency toward snap judgments are all too common. But there is another factor to consider.

And God always, in the end, brings justice—in this life or the next.