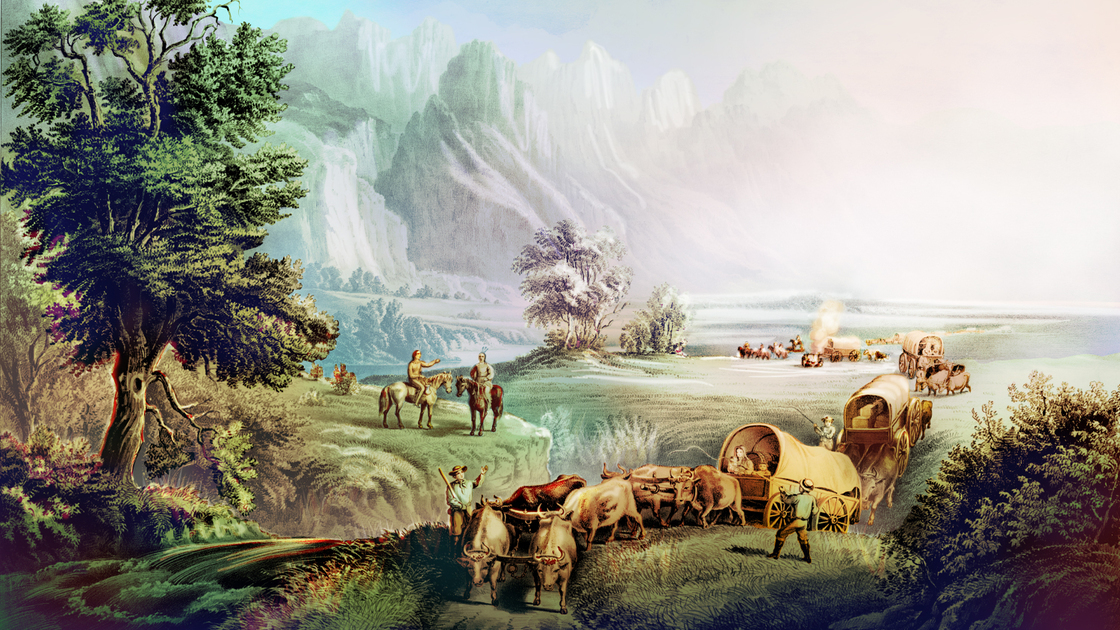 In 1803, the United States and France made a deal that would change history: the Louisiana Purchase. The newly acquired land doubled the size of the American nation and multiplied its power. Amazingly, this transaction was an absolute steal for the United States. France offered to sell the expansive area of resource-rich land to the U.S. for a meager $15 million—just 3 cents per acre. Many thought Napoleon Bonaparte was crazy for making such an offer (his brothers even tried to convince him to call it off). The 828,000-square-mile stretch of land would eventually become the home of 15 states.

You would think taking this deal was a no-brainer, right? Well, they didn’t have the benefit of hindsight like we do today. Before the Louisiana Purchase, there were many unknowns and dissenting opinions. Many politicians and citizens believed that the deal was not in the United States’s best interest. Rather than seeing the potential for more states, power and wealth, they saw the purchase as unnecessary debt for unnecessary land. They thought the American people already had plenty of living space.

Federalist senator Fisher Ames said: “We are to give money of which we have too little for land of which we already have too much.” To be fair, the purchase did add a lot to the national debt. In fact, the loan for the purchase wasn’t paid off until 20 years later. In Ames’s opinion, the Louisiana Purchase was “a great waste, a wilderness unpeopled with any beings except wolves and wandering Indians.”

Where men like Ames saw nothing but problems, Thomas Jefferson saw possibilities and opportunities. But even Jefferson himself was a little uncomfortable with making such a bold executive decision. In his second inaugural address in 1805, Jefferson addressed the criticism: “I know that the acquisition of Louisiana has been disapproved by some, from a candid apprehension that the enlargement of our territory would endanger its union ….” But he argued, “The larger our association, the less will it be shaken by local passions; and in any view, is it not better that the opposite bank of the Mississippi should be settled by our own brethren and children, than by strangers of another family? With which shall we be most likely to live in harmony and friendly intercourse?” Despite his concerns, Jefferson recognized that the pros of this opportunity far outweighed the cons.

Jefferson made the bold move because he could see beyond the here and now. Others were complacent. They were fine with enemies living alongside them on the Mississippi River, but Jefferson wanted America to be as powerful as possible, not to remain as it was. He knew that with control of the Mississippi, American businesses would be able to ship goods more rapidly, which would strengthen the economy. He also knew that with more land, the population would expand much faster and that it could also act as a buffer between America and its foes. He looked at the territory not for what it was, but for what it could be.

The Louisiana Purchase illustrates the importance of having vision. There will be moments in life where an opportunity will present itself, but we can let fear and doubt prevent us from taking advantage of it. If we don’t see beyond the temporary struggles or obstacles of the here and now, we can easily talk ourselves out of something spectacular.

God will open doors for you as a youth in His Church if you follow Him—but you must have the faith to walk through them. For example, God may open the door for a job, but the job may be outside your comfort zone. It may require you to do things you have never done before. If you focus on all the things you can’t do, you might talk yourself out of what God wants you to do. But God does not open doors to see us fail; He only gives us what we can handle (1 Corinthians 10:13). If God gives you an opportunity, He knows you can do it!

Opportunity seldom knocks twice. Had America turned down the incredibly low offer of Louisiana from France, it would have cost far more to buy later. When an awesome opportunity presents itself, it may not be clear how or even if it will all work out. But God often provides the means after we take the first step. Nobody knew what America would do with all the extra land or how they would be able to pay off the debt, but the decision Thomas Jefferson made to take that opportunity helped America become the single-greatest nation in world history.