PCG members: In addition to PCG Signposts, sign-up for the members-only Friday Philadelphian weekly email newsletter! Click here or email news@pcog.org ✖
The Vital Role of a Church Member
Excerpted from Mystery of the Ages, Chapter 6
By Herbert W. Armstrong • Feb. 2, 2021 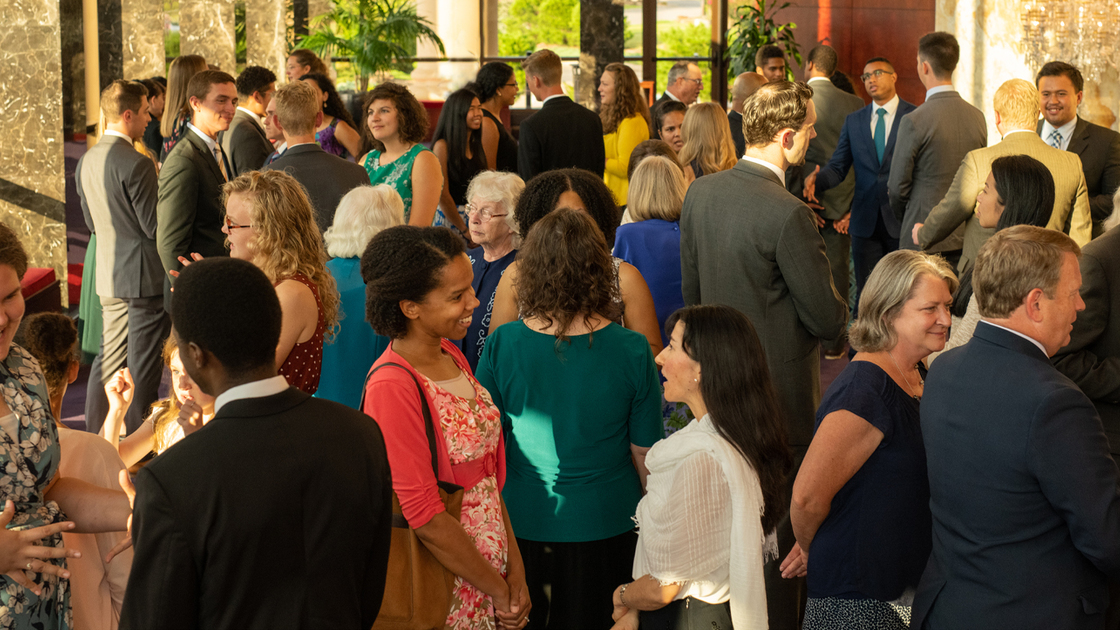 The individual lay member has his vital part in proclaiming the good news (gospel) to the world. How? Not by going out and himself proclaiming Christ’s message to the neighborhood or to the world. That is done primarily and directly by God’s apostle through radio, television and in print!

In the first century it was done by personal proclamation. Then what part did the individual lay member have in it?

Much! Without this larger body of lay members, the apostle could do nothing!

Notice a scriptural example: Peter and John had been proclaiming the message at the temple in Jerusalem. A miracle had been performed by Peter and a large crowd had gathered. As a result Peter and John were thrown in prison overnight, and severely threatened. Their lives were in danger. They were unnerved.

They went immediately upon release to the lay brethren (Acts 4:23). They needed the backing, support, encouragement of the brethren. They fervently prayed! Peter and John sorely needed this loyalty, backing and the prayers of the lay members. They were all a team together!

The author, Christ’s apostle, can say emphatically that the apostles, evangelists, pastors and elders could not carry on the Work of God without the loyal backing and continual encouragement of the lay members.

Neither can the individual lay member develop and build within him God’s holy, righteous and perfect character without the operations of the apostle, evangelists, pastors and elders. All these various members God has set in His Church are interdependent—mutually dependent on one another. They form a team—an organized spiritual organism—utterly different from any secular and worldly organization!

How, more specifically, does this mutual dependency operate?

In general, the whole operation of the Church costs money. Facilities and methods are available to the Church for performance of its commission that did not exist in the first-century world. Without the tithes and generous freewill offerings of lay members, the Church commission could not be performed in today’s world.

Without the fervent and prevailing continual prayers of all members, the Work could not be accomplished. Without the continual encouragement of lay members and those over them locally, those of us operating from headquarters could not bear up under the persecutions, oppositions, trials and frustrations.

Also in reverse, the lay members need just as urgently the encouragement, teaching, counseling and leadership from headquarters and local pastors.

The “loner”—the “individual Christian,” who wants to climb up into the Kingdom some other way than by Christ and His way through His Church—is not being trained in Christ’s manner of training, to rule and reign with Christ in His Kingdom!

Now what about the “private,” or “individual Christian,” who says, “I don’t want to be a part of the Church—I want to seek my salvation direct and alone with Christ.”

The answer is this: God Himself laid out the plan and the method by which humans may be, after begettal, trained and prepared to become part of the divine personnel of born God beings that shall form the Kingdom of God!

The Kingdom of God will be the God Family—a superbly and highly trained and organized family of God beings. The Church is God’s special school for training those He has selected and called to be trained in His Church—to be kings and priests, to rule and to teach—for their part in that Kingdom. Only those so trained in the Church will be kings and priests in the Kingdom of God.

The person who says “I will get my salvation alone, outside of the Church” is totally deceived. This is not the time when salvation is opened to those in Satan’s world. Those called now, I repeat emphatically, are not called just for salvation. They are called for a special training provided only in God’s Church.

Those in Satan’s world cannot train themselves outside of the Church for the special calling of being rulers and teachers in God’s Kingdom when Satan is removed and the world has become God’s world.

The Church is organized on God’s pattern of mutual teamwork and cooperation to function perfectly together. They shall become the God Family as it shall exist at the time of Christ’s Second Coming. Remember God is that divine Family!