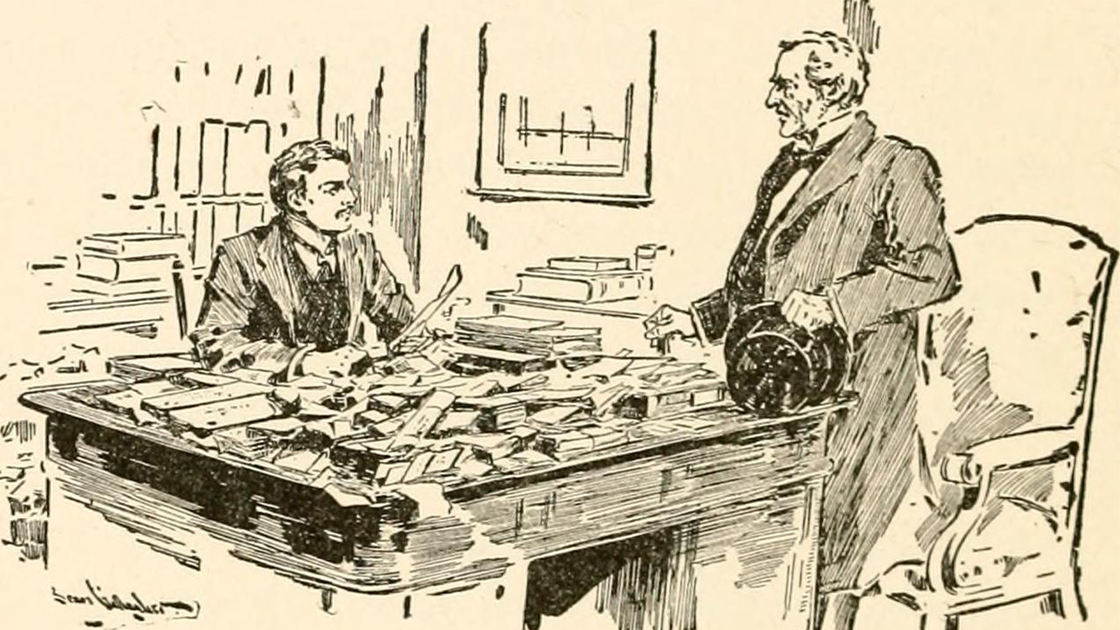 The Union Army had just won the most important Civil War battle to date, and also the bloodiest. The Battle of Gettysburg was a hard-fought victory for the Union, a three-day horror that cost the armies of the North and South more than 51,000 casualties, including almost 8,000 killed.

After Gettysburg, Union Gen. George Meade allowed Robert E. Lee and the Confederate Army to retreat unmolested. If Meade had gone on the offensive and chased the exhausted fragments of the Confederate Army, the war may have ended then and there. However, he contented himself with victory and let General Lee’s army slip away. Partially because of Meade’s inaction, the war dragged on for two more bloody, unnecessary years.

The president was understandably disappointed in his general’s decision. He expressed this to Gen. Henry W. Halleck, who sent a telegram to Meade: “I need hardly say to you that the escape of Lee’s army without another battle has created great dissatisfaction in the mind of the president, and it will require an active and energetic pursuit on your part to remove the impression that it has not been sufficiently active heretofore.”

This statement wounded Meade. He replied by asking to be relieved of his command.

When he heard the news, Lincoln was upset. Seizing paper and pen, he dashed off a fiery letter to General Meade, expressing his disappointment and frustration.

Lincoln concluded the letter: “Again, my dear general, I do not believe you appreciate the magnitude of the misfortune involved in Lee’s escape. He was within your easy grasp, and to have closed upon him would, in connection with our other late successes, have ended the war. As it is, the war will be prolonged indefinitely. If you could not attack Lee last Monday, how can you possibly do so south of the river, when you can take with you very few more than two thirds of the force you then had in hand? It would be unreasonable to expect, and I do not expect you can now effect much. Your golden opportunity is gone, and I am distressed immeasurably because of it.”

Finishing the letter, he folded it up and put it in an envelope. Then he placed it in his desk, where it was found among his papers after his death. Lincoln wrote across the envelope: “To Gen. Meade, never sent, or signed.”

Instead of Lincoln’s letter, Halleck sent Meade a telegram clarifying his previous statement and rejecting his request to be relieved from duty. General Meade retained his post. He never heard directly from President Lincoln that he blamed Meade for Lee’s escape.

Lincoln realized that arousing the general’s anger by a sharp and direct rebuke at this time would have made the situation worse. Gettysburg was a hugely significant victory for the Union Army. If Lincoln followed this victory by alienating the very general responsible for it, that would have been a major hit to the North’s morale. Lincoln couldn’t afford to lose another general, particularly one who had just scored a success.

Abraham Lincoln wrote many letters in his life, but some of the most important were those he never sent. By refraining from venting his personal anger or frustration at people who often deserved it, the president prevented further damage to a nation that was already being torn apart by war.

Mild-mannered Lincoln was known for rarely raising his voice. He was an expert at managing his temper. However, he was still human and was a very sensitive man. Throughout his life, Lincoln was often confronted with situations that would cause any ordinary man to explode with fury. Rival politicians hurled insults at him about his physical appearance, his habits, his intellect, his wife and family, his education and his abilities. Newspapers vilified Lincoln for his political decisions, often in nasty terms. Until Ulysses S. Grant became general of the Union Army, Lincoln was constantly frustrated by his generals’ inaction and sometimes even their willful disobedience to his wishes and orders.

Lincoln was under tremendous mental and emotional pressure while in office. The ties that bound the United States together had fallen apart, and the nation he loved was at war against itself—neighbor against neighbor, brother against brother, friend against friend. On the Union side, half of the people thought he was taking too much power, and half thought he wasn’t doing enough. The Confederates hated him fervently. He was the constant target of murder plots and attempts to discredit or demean him in the eyes of the American people on both sides of the war. Every day, he made hundreds of major and minor decisions on which he was the final authority. The future of the nation weighed on his shoulders. And through it all, he almost always bridled his temper and kept his emotions in check.

When he was particularly exasperated by a subordinate’s bad decisions, or when wounded by a rival politician or a newspaper’s petty insults, Lincoln didn’t lash out directly. Instead, he wrote those thoughts in a letter. Then he waited until the next day and reconsidered. If, after viewing the letter with fresh eyes and a calmer spirit, he no longer agreed with the sentiments in it—or thought better of sending it—he either threw the letter in the fire or marked it with some variation of “never sent, or signed” and kept it among his personal papers.

In Abraham Lincoln: The Prairie Years & the War Years, Carl Sandburg wrote that when things got too much for Lincoln,“He could write an angry letter, with hard names and hot epithets—and then throw it in the stove. He advised it was a help sometimes to write a hot letter and then burn it.”

Imagine if President Lincoln had, in a blind rage, mailed that letter to Meade. How would Civil War history have changed?

Not only did Lincoln think before he spoke, he also thought before he wrote. He considered the ramifications of sending these “hot letters” and often decided that the words were better left in ashes. He understood that a soft answer turns away wrath, but that adding more grievous words to a quarrel only stirs up anger (Proverbs 15:1).

Abraham Lincoln embodied King Solomon’s instruction in Ecclesiastes 3:7—there is both “a time to keep silence, and a time to speak.” His example motivated other people to do likewise. In Leadership: In Turbulent Times, author Doris Kearns Goodwin writes, “One evening, Lincoln listened as [Secretary of War Edwin] Stanton worked himself into a fury against one of the generals. ‘I would like to tell him what I think of him,’ Stanton stormed. ‘Why don’t you?’ suggested Lincoln. ‘Write it all down.’ When Stanton finished the letter, he returned and read it to the president. ‘Capital,’ Lincoln said. ‘Now, Stanton, what are you going to do about it?’ ‘Why, send it, of course!’ ‘I wouldn’t,’ said the president. ‘Throw it in the wastepaper basket.’ ‘But it took me two days to write.’ ‘Yes, yes, and it did you ever so much good. You feel better now. That is all that is necessary. Just throw it in the basket.’ And after some additional grumbling, Stanton did just that.”

Not lashing out verbally when provoked is step one. We need to be able to control our tongues. But we also must be able to control what we write, send, text, post, comment, etc. Although we don’t write letters with quill pen and parchment today, we can do as much harm with a thoughtless text message as Lincoln could have done if he had sent his “hot letters.” There are myriad ways we can hurt each other today by sending our angry thoughts out into the world through technology without stopping to think about it first. Consider Proverbs 12:18: “There is that speaketh like the piercings of a sword: but the tongue of the wise is health.”

Before you hit “send,” ask yourself: Are these wise words? Is this iron sharpening iron, or will my words pierce like a sword?

When we are upset—especially when we feel personally wounded or insulted—the natural reaction is to lash out and speak or write the first words that come into our minds. But that will often get us into trouble. “Seest thou a man that is hasty in his words? there is more hope of a fool than of him” (Proverbs 29:20).

The next time you are insulted, offended or annoyed, don’t fly off the handle. Instead, remember Lincoln’s example. Wait a few minutes. Think about it. You may decide it is better not to respond at all, or that the insult loses its sting when you are no longer in the heat of the moment. A righteous man thinks about what he is about to say and how it will affect the other person (Proverbs 15:28). Solomon tells us that “he that refraineth his lips is wise,” and that “even a fool, when he holdeth his peace, is counted wise: and he that shutteth his lips is esteemed a man of understanding” (Proverbs 10:19, 17:28).

Most importantly, pray about it. Ask God for wisdom and restraint (James 1:5). Often, something that seems like a huge deal in the moment withers to insignificance when you take it to the Creator God. Remember that only God can tame the tongue (James 3:8). He can show you what to say and what not to say.

Then if you are still upset, try Lincoln’s strategy: Write down your thoughts, but don’t send them. It never hurts to sleep on it. The next day, take a second look at what you wrote, and decide whether it would be productive to send it. If it won’t help the situation, get rid of the letter, or mark it “never sent, or signed.” You might find that it is the most important letter you never sent.