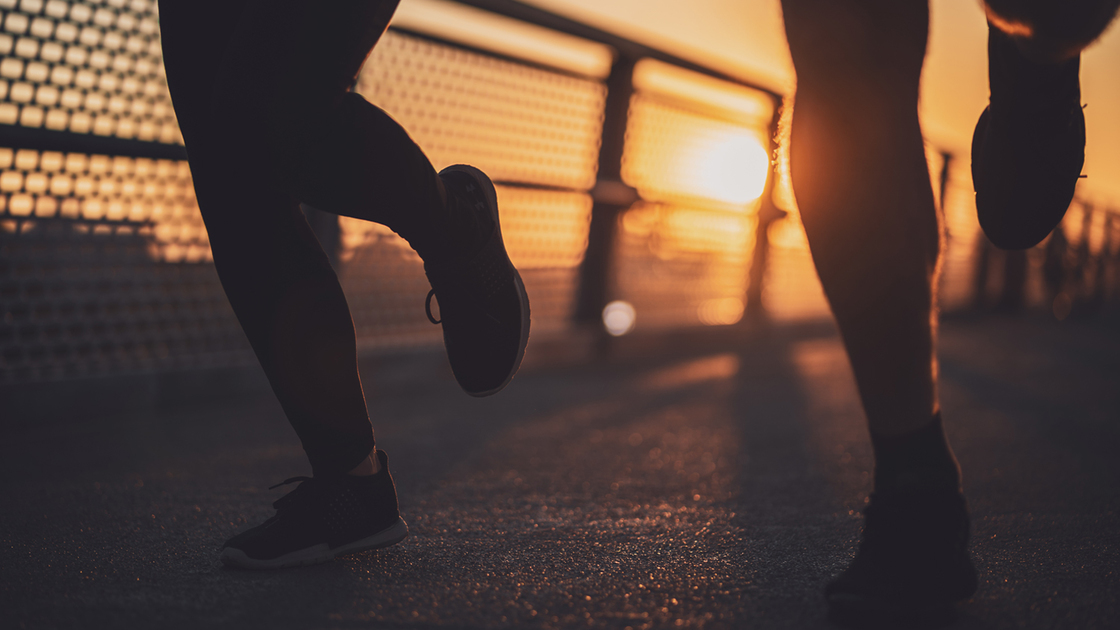 The two-mile run. If I wanted to be on the gold team, one of the requirements was to run two miles in under 14 minutes. Fifteen minutes would get me onto purple, and 16 minutes would put me on navy blue. Purple and navy are impressive in their own right, but gold was better. Gold was the best.

Before the test started, my goal was firmly established: finish in time to get gold. I believed in myself…before the race started. But one mile into the test, this goal seemed far less attainable. Halfway through the test, I had completed the first mile in just under seven minutes and was still on pace to make golds, but every lap incrementally became more difficult. By the time the last lap came, I was tempted to give in and walk for a stretch. As I entered the last lap, my time stood at 12 minutes and 30 seconds, which meant that I had only 90 seconds remaining to run the final lap. Normally, 90 seconds is my average lap time, but after covering 1.75 miles, it seemed impossible.

You know, I thought to myself, purple isn’t so bad. Let’s just get purple. My body hurt too much. It was hard to breathe. I questioned why I had ever agreed to put myself through such torture. Ok, aiming for gold was a little too ambitious; I just want to get my purple and make it out alive. The more I dwelt on the pain, the less I cared about reaching my initial goal. The only goal in my mind at this point was to stop the discomfort.

Halfway through the final lap, I looked at my watch and was astonished to see that I still had 45 seconds to finish under 14 minutes. At this moment, a quote from Herbert Armstrong entered my mind. In The Seven Laws of Success, he wrote: “Yes, nine in ten, at least once or twice in a lifetime, come to the place where they appear to be totally defeated! All is lost!—apparently, that is. They give up and quit, when just a little more determined hanging on, just a little more faith and perseverance—just a little more stick-to-it-iveness—would have turned apparent certain failure into glorious success.”

Just a little more perseverance. With that thought in mind, I lost my defeatist mindset. I stopped thinking like a victim and resolved to make it onto the gold team.

Gradually, my strides got quicker and quicker. I saw several other people in front of me, and tried to catch them. One by one, I surpassed them in a full sprint.

One hundred meters to go.

At this point, my legs felt gelatinous, and my lungs felt like they were disintegrating—but time was too short to think about the pain.

Fifty meters to go. As I turned the final corner, I ran like my life depended on it. Ten meters. Five.

“Thirteen thirty-nine!” yelled my instructor. I promptly collapsed on the ground, and wallowed in the hard-fought glory for several minutes. The muscle cramps and the burning lungs were nothing compared to the satisfaction of reaching my goal. The pain that had seemed unbearable just minutes ago did not even cross my mind.

I learned an important lesson that day: You can do more than you think you can. Too often, we focus on the pain and on the difficulty, which obscures the vision of our goal. We start to think that alleviating the pain is more important than conquering it. This type of thinking is fatal to our motivation. But if we focus on the goal, as the Apostle Paul said, “…the sufferings of this present time are not worthy to be compared with the glory which shall be revealed in us” (Romans 8:18).

“What you get by achieving your goals is not as important as what you become by achieving your goals,” said author Zig Ziglar. This is another important lesson I learned that day. The only thing I got for achieving my 14-minute goal was being one step closer to a different color T-shirt. Big whoop. But I became a little stronger in the process. I realized that I was stronger than the temptation to settle for purple.

If you want to achieve your goals, you can’t get stuck in the here and now. You have to keep the goal at the front of your mind. If you focus on the pain, then you will not see beyond it. But if you focus exclusively on your goal, nothing will make you quit. Don’t be OK with second place. Don’t be content with partially achieving your goal. Don’t settle for purple. Go for gold.