Leading by Following
George Washington knew we would only endure if we followed God.
By Micah Turgeon • Dec. 22, 2020 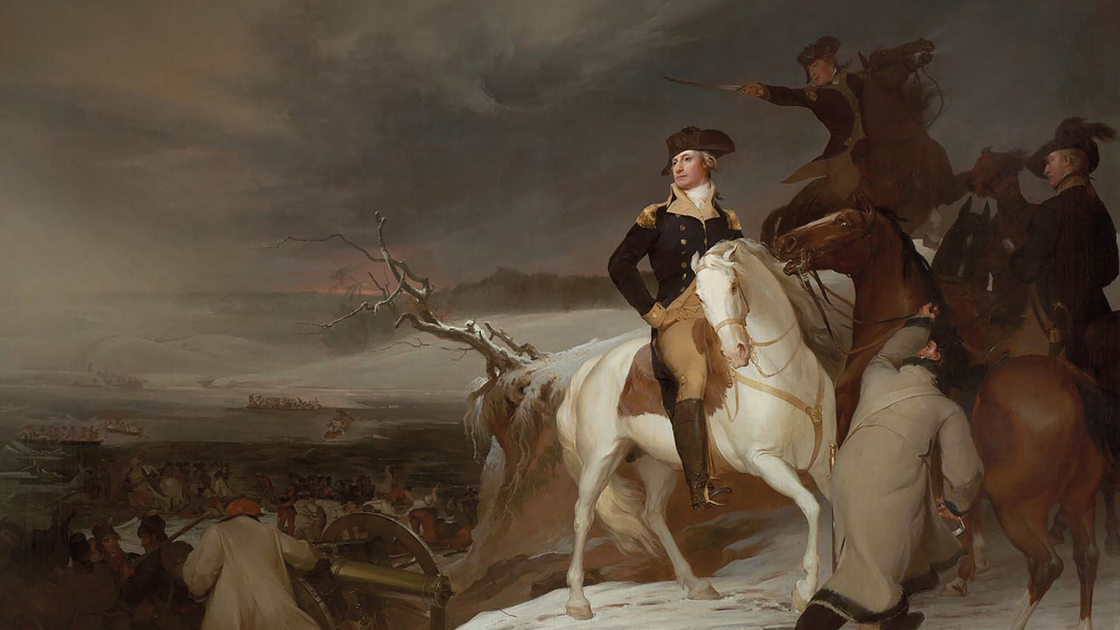 “He was not a brilliant strategist or tactician, not a gifted orator, not an intellectual. At several crucial moments he had shown marked indecisiveness. He had made serious mistakes in judgment.” These are the words of David McCullough in his book 1776. The man he was describing would later be considered the greatest man of his era. Today, his name is synonymous with all that America used to stand for (not kneel): justice, morality, freedom and opportunity.

Based on the description by McCullough, why is this man remembered, much less revered, by Americans?

George Washington led America in defeating the finest fighting force the world had ever seen: Great Britain. He was instrumental in passing the Constitution of the United States. He was our first president and the namesake of our national capital. Washington was without a doubt one of the greatest (if not the greatest) leaders the United States has ever had.

So how did he overcome his subpar strategic acumen, average speaking ability and indecisiveness? The answer is that Washington was an excellent follower. That’s right! You read that correctly. This respected leader was an even better follower.

Despite his shortcomings, George Washington understood the importance of obedience. When he was 11 years old, Washington’s father died. His mother never remarried, leaving her to raise five children by herself, but she made sure her children learned to obey. She had to be strict while still being a loving mother. George’s cousin once wrote, “Of the mother I was 10 times more afraid than I ever was of my own parents.” Despite this fear, he went on to write, “She awed me in the midst of her kindness, for she was, indeed, truly kind.” George had remarkable respect for his mother, going so far as to call her “my revered mother” and “honored madam.” This was a man who ardently obeyed the Fifth Commandment of honoring one’s parents.

From an early age, Washington knew that to be successful he had to respect and follow authority, specifically God’s authority. Although he received very little formal schooling, he did know how to obey. He once said, “The whole duty of man is summed up in obedience to God’s will.” This is almost identical to Ecclesiastes 12:13, which says, “… Fear God, and keep his commandments: for this is the whole duty of man.” Washington really knew his Bible—and he lived by it.

How different would America’s history be if Washington never governed himself? As the hero of the American Revolution, all eyes were on George Washington after the British surrendered. As commander in chief of the Continental Army, Washington was the most powerful man in America. With the nation in the palm of his hand, what would he do with it?

McCullough said in an interview: “He was the conquering general. He was the hero. He could have been anything he wanted—czar, king, potentate, whatever. He could have made the presidency into a totally different kind of office. But he relinquished power. He said, ‘No, I’m going back to Mount Vernon.’ And when George iii heard that he … might do that, he said ‘If he does that, he will be the greatest man in the world.’ Because nobody had done that before!”

That is admirable self-restraint! Today, our politicians want absolute power to impose their own will, but Washington was more concerned with God’s will. He once said, “It is the duty of all nations to acknowledge the providence of Almighty God, to obey His will, to be grateful for His benefits, and humbly to implore His protection and favor.” Washington did his best to rely on God. If Washington had possessed a haughty opinion of himself, there is little doubt he would have become America’s first dictator instead of its first president.

Each American owes a lot to Washington’s individual character. Because he ruled his own spirit, this country was safeguarded, to no small degree, from the evil tendencies of human nature. When he and the other Founding Fathers established this nation, they knew this republic depended on how we would rule ourselves individually. Benjamin Franklin said that we have “a republic, if we can keep it.” James Madison, the fourth president of the United States, said, “We have staked our future on the ability of each of us to govern ourselves ….” This nation’s survival depended on whether or not each individual would follow God.

Edmund Burke was a British statesmen and political philosopher alive at the time of Washington. He summed up the debate over the power of the state versus the power of the individual like this: “Men are qualified for civil liberty in exact proportion to their disposition to put moral chains upon their own appetites. … Society cannot exist unless a controlling power upon will and appetite be placed somewhere; and the less of it there is within, the more there must be without.” Our Founding Fathers wanted to give us the freest society mankind has ever seen. But they wanted to be sure that we as a people could handle such freedom. Having just thrown off the oppression of a corrupt government, they well understood the dangers of human nature. They knew it must be controlled to have a free society, but they struggled with the question of who should control it. They could not trust the government to preserve the freedom of the people, so they charged us to keep our own freedom. This meant the preservation of liberty rested on the ability of the American people to govern themselves morally.

In Character in Crisis, Gerald Flurry writes, “Indeed, George Washington, America’s first president, championed this cause: that high morals and sincere religion had to be the fundamental building blocks of American society if it was to succeed and prosper. In his first inaugural address on April 30, 1789, President Washington said, ‘The foundations of our national policy will be laid in the pure and immutable principles of private morality.’ What we do in the privacy of our own home does matter! For Washington, this was not a peripheral issue. It was the foundation of our national policy!”

George Washington truly understood that to be a good leader, he had to set the example. How could he expect people to follow the laws of the new nation if he didn’t follow them himself? As the first-ever president of this new nation, the way he conducted himself set the tone for how every president after him would act. Washington chose not to abuse this power, which he easily could have done.

How much more important is it for you? When you are a teacher in the World Tomorrow, people will watch your every move. It is of paramount importance that we learn to follow God diligently now so we can lead others to God later. Even Jesus Christ, who lived a perfect life, still follows God (1 Corinthians 11:3). We will have to follow God for eternity! As teachers, we ought to be the greatest followers out there!

George Washington knew that the United States would only endure if it followed God. Likewise, we as God’s teenagers will only survive in Satan’s world if we follow God.

When Paul was instructing the young Timothy how to be a minister, he said, “Let no man despise thy youth; but be thou an example of the believers, in word, in conversation, in charity, in spirit, in faith, in purity” (1 Timothy 4:12). To lead a congregation, Timothy had to set the example in obeying God. In Matthew 23:11, Christ said that “he that is greatest among you shall be your servant.” The job of a servant is to carry out the orders of his master. Here Christ said that whoever wants to be a great leader must follow God, the greatest master of all.

Washington was never the most gifted orator, but he inspired his men because he got out on the front lines. He didn’t just tell his men to be courageous; instead, he charged into the battle and showed them his courage. As leaders for God, it’s not enough to tell others to obey God. Rather we must show them through our example. We may have all the talents in the world, but no one will follow us if we are hypocrites.

Does your example show others how to obey God? Washington’s did. By following God and obeying His commandments to the best of his ability, George Washington helped found the single greatest nation in history! And that’s just a fraction of the impact that one of God’s teenagers can have.

Follow in George Washington’s footsteps. Be the best follower possible for God.