No Political Elections in the World Tomorrow!
By Herbert W. Armstrong • Nov. 3, 2020 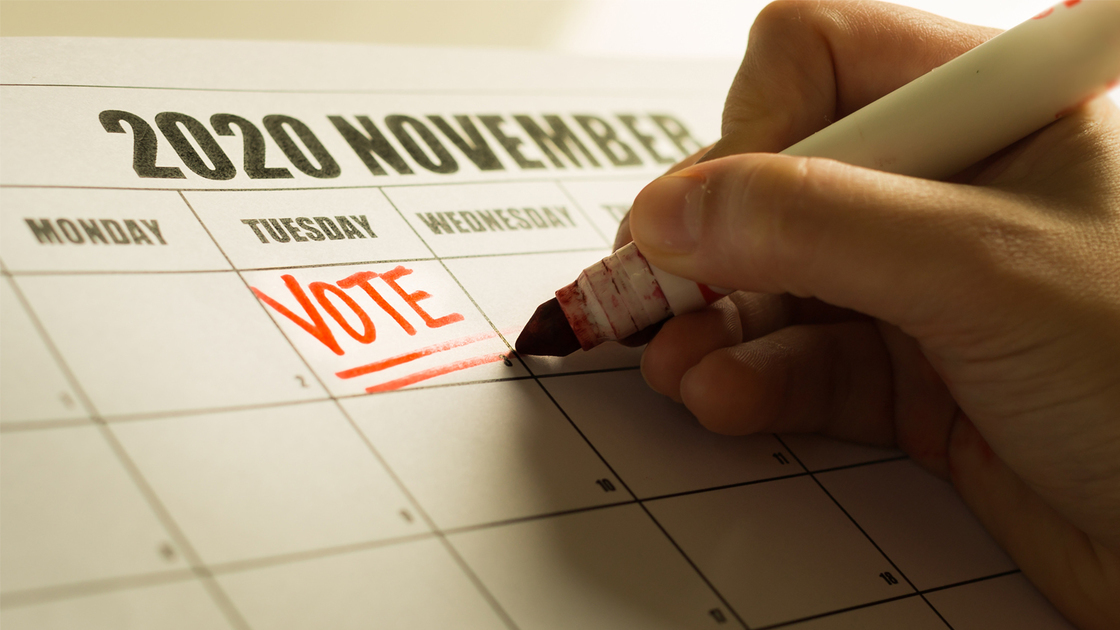 Looking at politics in America—the jockeying for selfish advantage, political gain and coveting of power—I had to think: How different it will be in the World Tomorrow!

I am reminded of the answer given by Franz Josef Strauss, often called “the strongman of Europe.” He had spent the day visiting the Ambassador College campus and was an evening dinner guest in my home. It was a day or two after Richard M. Nixon had taken the oath of office after his first inauguration, January 1969.

“What,” asked a guest of Dr. Strauss, “do you think was going on in Mr. Nixon’s mind as he was taking the oath of office?”

“How to be reelected four years from now, of course,” answered Herr Strauss without a second’s hesitation.

Many millions of dollars of taxpayers’ money have been spent on political campaigns. In all this campaigning to “get” the office of power, one vocal observer said, “Thank God, only one candidate can win.”

That is the way government is carried on in this world.

Six thousand years ago, the former superarchangel Lucifer, having rebelled against the government of God on Earth, and now called Satan, was slinking around as a serpent. God had just created the first human—in God’s own image—with a potential of inheriting the throne of the Earth.

From this man, Adam, God made a woman, Eve, to be his wife. Eve was all for a “Women’s Rights Amendment.” She took the lead. The man, created to be the head of the wife, succumbed to her leadership. She led him into Satan’s way. Adam joined her in rebelling against the government of God—rejecting God as Revealer of basic knowledge and as Giver of eternal life!

When the first man and woman rejected God and His government, cut themselves off from God and the gift of His Holy Spirit, God made their decision binding on all their progeny for 6,000 years—until Jesus Christ, the “second Adam,” should have come, qualified by overcoming Satan and Satan’s way, and actually restored the government of God. This shall happen now, very shortly. For we are right at the end of that 6,000 years of the day of man under Satan, and the day of the Lord is almost upon us!

So all humanity—except the minutest few God has specially called to His service in preparation for that future world government—has been cut off from God and His government. Man has been left to form his own ideas of how he should be ruled.

Down through history, some peoples have submitted to the tyranny of dictatorships and autocratic monarchies. Some have swung to the center and called it democracy. Others to the extreme left, calling it communism. Even there it is actually the autocratic dictatorial rule of a central politburo, in which one man—a Stalin, a Khrushchev or a Brezhnev—dominates as real ruler.

Even in the Democratic national convention, some individual delegates interviewed were fightingly for turning “still farther left.”

But through tv, the public has seen a sample of man-made government in our day.

The living Jesus Christ is soon now going to return, as KING of kings, to rule all nations with the government of God!

There will be no election campaigns. No multimillion-dollar fundraising campaigns—no political conventions. No politics, pulling the wool over the eyes of the people in the struggle for power!

No wars. No crime. No more broken families. No hospitals, for people will be divinely healed.

What will be the big difference, then?

The present world, though the world of humans doesn’t realize it, is actually swayed and ruled by the invisible Satan—the former Lucifer who originally sat on the throne of the whole Earth.

Backtrack a second to the original Adam and Eve. In the Garden of Eden were the two symbolic trees—one the “tree of life” symbolizing the Holy Spirit of God and gift of eternal life. The other, the “tree of the knowledge of good and evil” and this knowledge they—for all humanity—took to themselves.

Just one super-significant thing was wrong with that. They did not realize—and mankind does not know today—that man was made with a “human” spirit inside him. This spirit, not present in animals or any other physical life form, imparts the power of intellect to the human brain. But man’s knowledge is confined to the physical and material.

Man’s problems, troubles, evils, are all spiritual in nature. Man was made to need a second spirit—the Holy Spirit of God. This was freely offered that first Adam. But he rejected it—rejected God’s government and God’s revealed spiritual knowledge. All humans have been born with only this one spirit, limiting human knowledge to the physical and material. Man, without the Holy Spirit of God, is not mentally complete—actually “not all there.” Human consciousness is limited to the physical and material, yet all his problems are spiritual and beyond his comprehension!

Satan the devil is real—he exists—he is super powerful—and he is “the prince of the power of the air” (Ephesians 2:2). He broadcasts! He surcharges the air with his attitude of selfishness, vanity, lust for power and greed, envy and jealousy, competition and strife, rebellion against God!

It is not only that mankind—our human leaders—are only “half there” mentally—Satan has begun injecting from infancy into every human his self-centered attitude! All we humans grow up saturated with it. It has become human nature!

So it is not only a matter of what isn’t in our human minds (spiritual comprehension!), it is a matter of what is in human minds—what from infancy Satan has been injecting there—the self-centered attitude—that of competition, getting the best of others, “getting” instead of “giving”—taking from others!

How different in the World Tomorrow.

Satan will be gone! Jesus Christ will be ruling! Ruling with, but under Him, will be truly converted saints then made immortal—filled with God’s Spirit of “love”—immortal God beings with no self-interest of coveting, but outflowing love for the good, happiness, welfare and eternal salvation of all others!

Jesus taught us to pray, “Thy Kingdom come, thy will be done on Earth as it is in heaven!”

(Excerpted from the Plain Truth, October-November 1980)