Why We Need Longsuffering
Did you know that longsuffering is a fruit of God’s Holy Spirit?
By Ron Fraser • May 2010 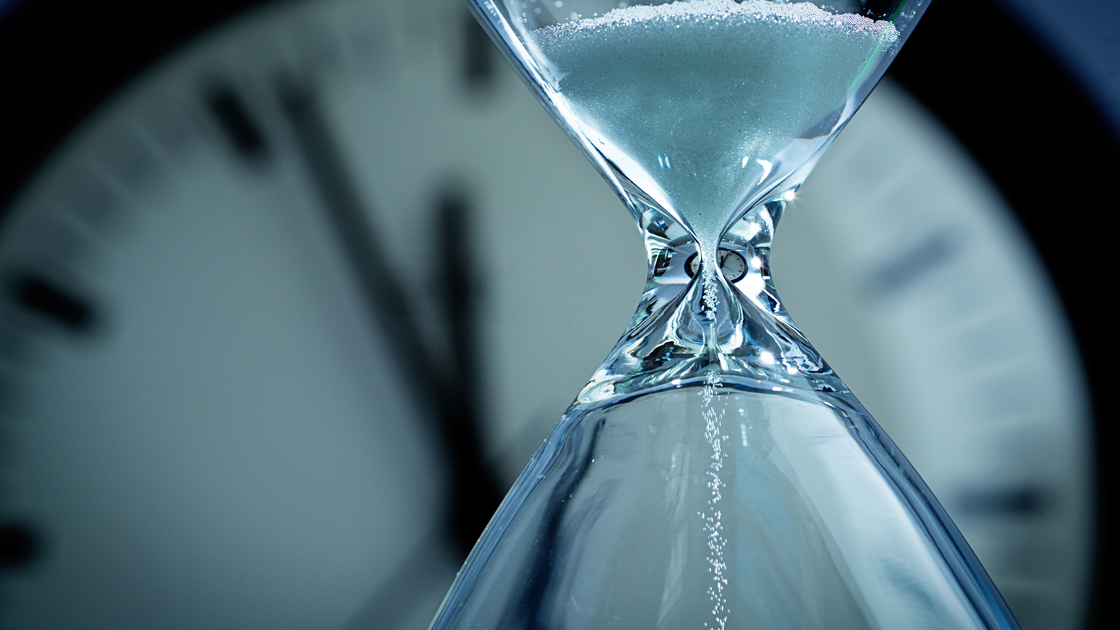 It’s a fruit of God’s Holy Spirit, a quality inherent in the character of the Father and the Son, one that the servants of God need in good measure to endure to the end: the ability to be longsuffering.

The term longsuffering, revealed as one of the fruits of the Holy Spirit in Galatians 5:22, is a translation of the Greek makrothumia, literally meaning “long of mind or soul,” or patient and tolerant. We could say “sweet tempered,” as against the tendency for being “quick tempered.” Synonyms for longsuffering include forbearance, fortitude, patience. The word longsuffering in its scriptural context implies a patient forbearance of repetitious wrongs, accusations, offenses or troubles. In simple terms, longsuffering implies patient endurance.

The use of this term longsuffering in the New Testament is—apart from three times in the epistles of Peter—exclusive to the Apostle Paul’s writings.

In the Old Testament, longsuffering is revealed as a quality possessed by the Godhead, hence its being a fruit of God’s Holy Spirit, as it comprises part of God’s innate character.

The term as applied to the Godhead is mentioned only three times in the Old Testament: Exodus 34:6; Numbers 14:18; Psalm 86:15. In one other instance, Jeremiah 15:15, the prophet asks God to apply this longsuffering aspect of His character to his own peculiar circumstances at the time. In each of these instances, the Hebrew terms arek and aph are used in combination.

This word combination gives us a colorful picture of the quality of longsuffering that is so innate to the character of the Godhead. Whereas arek implies a quality of character of being slow to anger, aph is a term that reveals the bodily reaction to the emotion involved. It literally means “long of nose.” This may seem unusual, but taken in true context it has to do with the breathing action associated with longsuffering. In a mode of patient tolerance, the breathing is calm (long of nose or long of breath). The opposite is the case for intolerance or anger, during which the breathing becomes rapid and the breaths tend to be quick and short.

In each of the three instances in the Old Testament where the longsuffering nature of God is referred to, it is associated with certain other prime aspects of His character. Thus, in Exodus 34:6 we have, “… The Lord God, merciful and gracious, longsuffering, and abundant in goodness and truth.” In Numbers 14:18, God’s mercy and desire to forgive iniquity and transgression are associated with His longsuffering. In verse 15 of his prayer in Psalm 86, King David refers to God’s longsuffering in relation to His compassion, His graciousness, and His being plenteous in mercy and truth.

Of particular interest in the Apostle Paul’s writings is the number of times that he mentions the Eternal’s longsuffering in relation to His forebearing with us as we struggle to overcome sin, to grasp the vision of Christ’s gospel message and do the Work of God. We read of God’s longsuffering as He leads us by His goodness to repentance (Romans 2:4) and as He prepares us as vessels fit for His Kingdom (Romans 9:22-24). The Apostle Peter refers to this longsuffering aspect of God’s character in waiting for the ark to be built within which the eight surviving souls would be saved from the great inundation of the Flood (1 Peter 3:20). Again in 2 Peter 3:9, this apostle refers to the longsuffering nature of the Father in relation to His forebearing with those whom He has called throughout the history of the Church, “not willing that any should perish, but that all should come to repentance.”

Then there is Paul’s constant teaching of the need for the Church to demonstrate this characteristic of longsuffering in our relations with each other.

Peter, the chief apostle of the first era of the Church, pointed to how often Paul stressed this aspect of God’s character in his writings. We read in Peter’s second letter his urging to the Church to “account that the longsuffering of our Lord is salvation; even as our beloved brother Paul also according to the wisdom given unto him hath written unto you: As also in all his epistles …” (2 Peter 3:15-16).

The Apostle Paul saw that his own life was a prime example of God’s perfect patience with sinners. “This is a faithful saying, and worthy of all acceptation, that Christ Jesus came into the world to save sinners; of whom I am chief. Howbeit for this cause I obtained mercy, that in me first Jesus Christ might shew forth all longsuffering, for a pattern to them which should hereafter believe on him to life everlasting” (1 Timothy 1:15-16).

Clearly, Paul himself was used by God as an example of longsuffering in trial to all who would follow. In his second letter to the church at Corinth, Paul lists many of the trials and tests that he had, to that point, endured for the faith, “in labours more abundant, in stripes above measure, in prisons more frequent, in deaths oft”—and so he continues on in the account in 2 Corinthians 11:22-33 to chronicle the great privations that he endured, with longsuffering, throughout his ministry.

It appears that, of all the apostles, it is Paul who is the greatest example of longsuffering in trial. Small wonder, then, that Paul is used to stress to the Church the need to demonstrate daily this great quality of God’s perfect character.

That the fruit of longsuffering must be evident in a loyal and devoted ministry of God is made plain by Paul in 2 Corinthians 6:3-10. Perhaps it was the absence of this godly characteristic in most of the ministry that resulted in such great rebellion against God’s truth from within the ministry of the Church following the death of Herbert Armstrong, himself such a tremendous example of longsuffering (witness the accounts in his autobiography).

Again, in his second letter to the young evangelist Timothy, Paul uses his example of longsuffering in trial and constancy in doctrine to encourage Timothy to avoid those who seek to inject false doctrine into the Church (2 Timothy 3:1-10). In his directions to Timothy as to how to conduct his ministry, Paul strongly encouraged that young minister to “Preach the word; be instant in season, out of season; reprove, rebuke, exhort with all longsuffering and doctrine” (2 Timothy 4:2).

In addition to highlighting the fruit of longsuffering as being mandatory for a worthy ministry, the Apostle Paul continually stressed the need for the brethren of God’s Church to exercise regularly this quality of God’s own character.

A Gift from God

Longsuffering is, perhaps, one of the fruits of the Holy Spirit most underutilized by the Church.

Most of those who have been called into God’s Church to share the burden of the Work of God have fallen by the wayside over the centuries that have elapsed since Pentecost a.d. 31, the greatest falling away of all having occurred in our time.

How can we avoid joining their ranks?

Our daily asking God for the quality of longsuffering, our daily applying that fruit of God’s Spirit as we face every challenge, is one sure way of resisting temptation to give up the fight under the stress of the moment.

In encouraging the people of God to “walk worthy of the calling with which you were called” (Ephesians 4:1; New King James Version), Paul beseeches us to live our lives “With all lowliness and meekness, with longsuffering, forbearing one another in love” (verse 2). We are not all compatible personalities within God’s Church. Indeed, some of us probably fall into the category of being hard to get along with. Added to this is Satan’s constant effort to stir trouble between brethren. That phrase “forbearing one another” could literally be translated “putting up with each other,” the qualifier being “in love”! That’s what using the fruit of longsuffering is all about when it comes to applying it in our relationships with each other.

In his letter to the church at Colossi, Paul told the brethren that the loyal ministry prayed continuously that the Church be filled with the fruits of the Holy Spirit, including that the brethren might be “Strengthened with all might, according to his glorious power, unto all patience and longsuffering with joyfulness” (Colossians 1:11).

Paul reinforced the need for God’s people to use the fruit of longsuffering in their daily lives, admonishing them to “Put on therefore, as the elect of God, holy and beloved, bowels of mercies, kindness, humbleness of mind, meekness, longsuffering; forbearing one another, and forgiving one another, if any man have a quarrel against any: even as Christ forgave you, so also do ye” (Colossians 3:12-13).

This quality of character—longsuffering—is a gift of God. The very Son of God gave us His promise that “whatsoever ye shall ask in my name, that will I do” (John 14:13). In five specific instances, Jesus Christ declared that promise to His disciples during His final instruction to them just prior to His crucifixion. Then He added the admonishment, “[A]sk, and ye shall receive, that your joy may be full” (John 16:24).

Ask God for the gift of longsuffering, and know the great joy and the tremendous peace of mind that come from receiving His answer! Then you truly will know what it is like to be “Strengthened with all might, according to his glorious power, unto all patience and longsuffering with joyfulness”!