The New Nation-Builders
How a young person builds and plants
By Greg Nice & Philip Nice • June 30, 2020 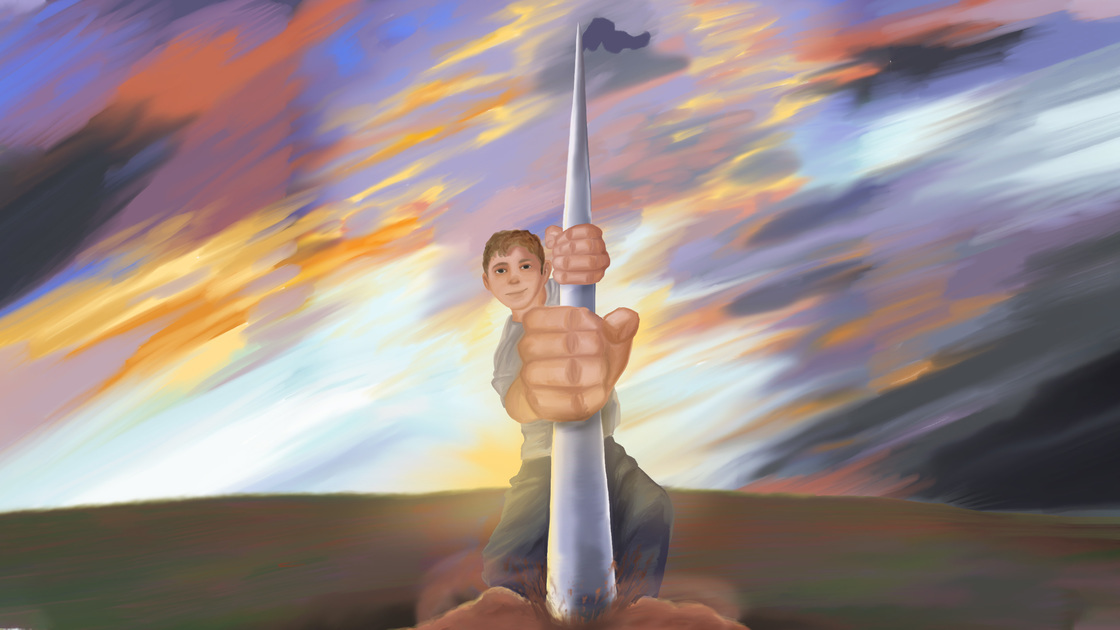 The Worldwide Church of God had existed for more than 50 years. It had an attendance of more than 130,000, including about 14,000 teenagers, 1,200 ministers and 1,000 headquarters staff. It had 725 congregations in 57 countries, 92 Feast of Tabernacles sites in 50 countries, and 13 regional offices in nine countries. It also had 210,000 additional donors, and an annual income of more than $470 million in today’s money. It had 20 million readers of the Plain Truth magazine in six languages, and millions more reading books and booklets and watching The World Tomorrow program, which aired on more than 400 television and radio stations. It had relationships with organizations and governments in dozens of countries, more than 100 concerts per year at Ambassador Auditorium, a large youth program, a school and two beautiful college campuses with hundreds of students.

All of this continued to operate after that minister left and established the Philadelphia Church of God, which began with 12 members, $80 and one book.

Yet despite this evidence, Mr. Flurry confidently said that the Worldwide Church of God was no longer God’s Church.

Fast-forward to today. Most of the members have left that Church, it has no Feast of Tabernacles, no magazine, no radio or television program, no cultural foundation, no concerts, no school, no college, 1 percent of its former headquarters staff, and even a different name. Since 1989, it has been torn down, and you could say it is “no more.”

Meanwhile, the Philadelphia Church of God grew quickly. It has resurrected the keeping of the Feast, the school, the college, the broadcast, the exact same core literature once owned by Worldwide—and, most importantly, the teachings that Worldwide left behind.

When many were focused on the membership and income and projects of the Worldwide Church of God, Mr. Flurry was focused on God and the truth. That is how he knew God had left that Church and established a new one. In the years that followed, it became obvious that Worldwide was being broken down and that the Philadelphia Church of God was being built up. Today, it is abundantly clear that the Spirit that once powered the wcg now powers the pcg.

The British royal family has existed for more than 1,000 years. It is sovereign over 16 nations and 150 million people, and it leads a commonwealth of 54 nations with 2.5 billion people. It has hundreds of millions of dollars in wealth, hundreds of thousands of acres of land and buildings, and dozens of colleges, military associations, charities, foundations, societies, councils, institutions, professional groups, service organizations and other initiatives for building nations as it sees fit. It directs national and international projects in dozens of countries around the world from beautiful estates like Buckingham Palace, Windsor Castle, Balmoral Castle, Clarence House, Kensington Palace, Sandringham House, and a dozen others worth billions of dollars. All of this has continued to operate in the years after Mr. Flurry stated that God’s throne had left the British royal family.

Mr. Flurry has emphasized Jeremiah 1:10, in which God spoke to a young person who had committed himself to believing and obeying God. Jeremiah did not have any power, wealth or influence, but God gave him an enormous, nation-building responsibility: “See, I have this day set thee over the nations and over the kingdoms ….” God installed him in a position of authority to not only warn the kingdom of Judah as a young man, but to later save God’s throne by taking the heir of that throne of David out of the Kingdom of Judah and reestablishing the throne in a faraway location.

God later revealed to Ezekiel what He would do with that throne. “I will overturn, overturn, overturn, it: and it shall be no more, until he come whose right it is; and I will give it him” (Ezekiel 21:27). God overturned the throne to the kingdom of Ireland in 569 b.c. (one), then to Scotland about a thousand years later, in a.d. 513 (two), then to the kingdom of England nearly 800 years later, in a.d. 1296 (three).

Notice that God told Jeremiah that He set him over the nations and kingdoms “… to root out, and to pull down, and to destroy, and to throw down ….” The Ferrar Fenton Bible translates this: “… to pull up, and to break down and to destroy, and to erase ….” The Theological Wordbook of the Old Testament defines “erase” as “ruined, or destroyed utterly.” After three overturns, the throne would be erased! That is different from overturning it from one jurisdiction to another. As God told Ezekiel, “It shall be no more.”

Mr. Flurry writes, “If Britain no longer has the throne of David, this strongly indicates that Britain is going to go down rapidly!” Since then, the Queen, who is in her 90s, has seen her husband retire from his duties, one of her sons barred from his duties because of his relationship with a sexual deviant, and one of her grandsons voluntarily resigning his duties. We do not know exactly what will happen and when, but we know that the royal family’s status with God’s throne is “no more,” and that eventually it will fall completely into ruin for the whole world to see.

God said that His throne, the throne of David, would exist forever. How could the throne “be no more”? Because it has not been overturned again but erased and made into something new!

The throne was to be “no more” in a secular human government of a nation or kingdom. That part of the throne’s travels is over. God ends His commission to Jeremiah by instructing him not only to pluck up and root out, but also to “build” and “plant.” You cannot build and plant if there is no throne. So how can the throne be built and planted?

God has established a new throne of David inside His Church!

God’s Church is not an entity like Ireland, Scotland or the United Kingdom. It is a spiritual organism. The United Kingdom might play “Zadok the Priest”at coronations, but no one would consider it a spiritual organism. But 1 Peter 2:9-10 state that God’s Church is not just a Church but “an holy nation.” Jeremiah 1:10 mentions “kingdoms,” plural, and “nations,” plural. During the three overturns, the old throne went into multiple kingdoms, but only one nation, Scotland, until it came into the spiritual nation of God’s Church, located physically in the United States. This verse actually describes the whole history of the throne of David up to today!

What God is doing and what He is revealing is fascinating! Mr. Flurry has emphasized that those in God’s Church, including young people, are responsible for helping God build and plant within this spiritual nation. You are part of building the God Family empire.

You may not have thought of yourself as a nation-builder before, like the band of brothers drawing their bows at Agincourt, the sailors climbing the rigging above Admiral Nelson, or the pioneers braving thirst, hunger and danger in the American West, on the Australian shores and in the South African hills.

When we think of nation-builders, we think of the great governors, traders, warriors, legislators, steel men, foot soldiers. We think of the “navvies” building the great bridges, canals, dams, railroads, roadways and tunnels of Great Britain; the teachers in faraway lands educating populations in better living; the ironworkers having lunch on a girder 800 feet above the streets of New York; the Spitfire pilots over London.

But God wants to make you a nation builder. If you will believe Him and obey Him, He can use you to build up His throne and build up His nation. The True Education is chock-full of ways that you can help God build and plant His spiritual nation.

It may be hard for you to see at first. In 1989, it was hard to see that God had left the Worldwide Church of God and was using a new Church of only 12 people. In 2020, it seems like royalty and nation-building are for the wealthy, educated and connected individuals of the British royal family. But even though you are young, God can help you see past the surface and into the reality of what is actually happening. Nation-building is for Mr. Flurry leading from the new throne of David, for God’s Church—and for you.