How Crucial Is the Sabbath?
Why the Sabbath was Herbert W. Armstrong’s first challenge
By Greg Nice • April 21, 2020 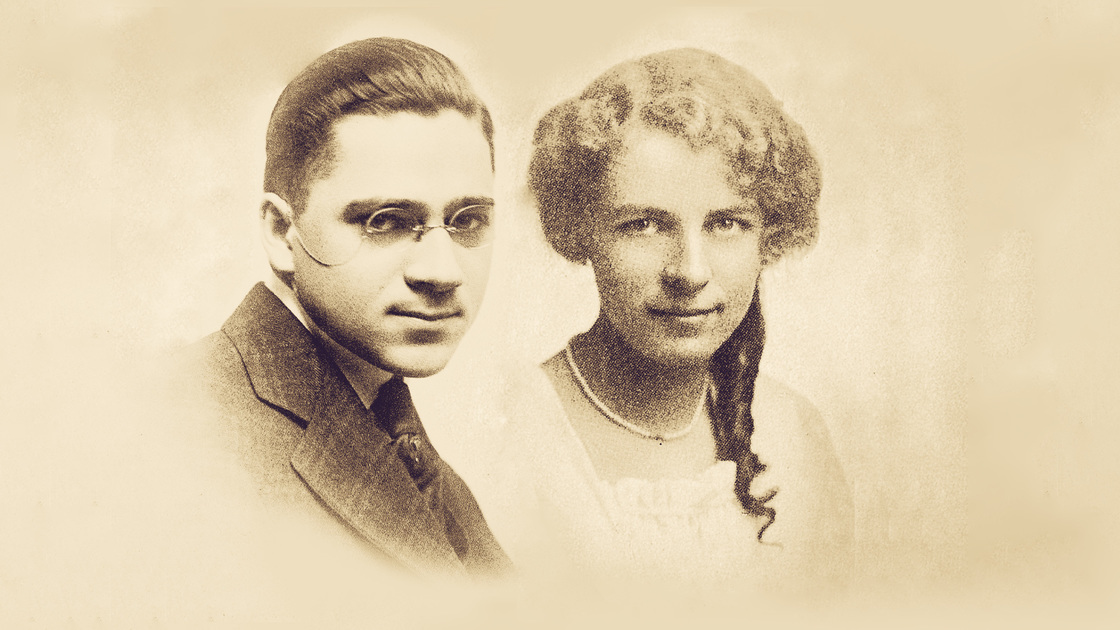 There was a young couple whose marriage was in crisis. The husband felt that the roof had caved in. He was aghast at what his wife was doing. He was angered by her “religious fanaticism.” He loved her, and she loved him, but as he stridently objected to what she was doing, she calmly but firmly refused to stop.

Loma Armstrong surely did not want her marriage to end in divorce in 1926, but there was one thing more important to her than obeying her husband: obeying God. That is why she insisted on keeping the Sabbath. She said that it is what the Bible commands, and unless her husband showed her from the Bible that she was wrong, she would not relent, even though their marriage was in danger.

Herbert W. Armstrong wrote in his autobiography, “And so it was … humiliated by what I regarded as wifely religious fanaticism, that I entered into an in-depth study of the Bible for the first time in my life.”

The one who became the end-time Elijah who restored all things to God’s Church, to whom God revealed numerous truths, much revelation and understanding, was first challenged about the Sabbath.

Why did God challenge Mr. Armstrong on this issue first? Because it was the most critical subject to understand! It opened doors for proper understanding of the rest of God’s Word!

Read Exodus 31:13 for yourself: “…Verily my sabbaths ye shall keep: for it is a sign between me and you throughout your generations; that ye may know that I am the Lord that doth sanctify you.”

The Sabbath is a sign. It signifies and reveals the true God!

Ezekiel 20:12 and 20 give exactly the same reason for the Sabbath: so that Israel would know that it was the true God who was setting them apart.

To “sanctify” means to set apart for a spiritual or holy use. Keeping the Sabbath properly makes it possible for you to know the true God and to know that He is setting you apart.

Exodus 31:16 reveals that the Sabbath is even its own, separate covenant to be kept forever. It is a sign for you to know who the true God is!

If Mr. Armstrong had not proved the Sabbath first, then he would not have known the true God.

He had to know the true God first. How could he come to the knowledge of God’s truth if he were worshiping on the first day of the week, or if he were involved in idol worship? Could the true God have revealed Himself to him?

Throughout the Bible, the true God identifies Himself as the Creator who made everything that exists. He specifies that, after He had completed His physical re-creation of the Earth, He created the Sabbath by resting.

The Sabbath identifies the one true Creator God.

Ezekiel 20 records how the nation of ancient Israel polluted God’s Sabbath, despised His judgments, and disobeyed His statutes. Guess what happened as a result? The Israelites slid so far away from God they eventually began to worship idols made of wood and stone!

I’ve known some people who were baptized into the one true Church of the one true God. They grew up in the Church from an early age. They had a clear understanding of the pagan origins of holidays like Christmas. Some of them had never observed it in their entire lives. Yet they eventually left the Church for one reason or another. In some cases it did not take long before they rejected the Sabbath and started keeping Christmas! Ignoring God’s Sabbath, they lost the knowledge of the great Creator God and embraced idol worship!

Idolatry is not just some antiquated sin. It is a real, present danger!

The Sabbath identifies the true God to us. It also identifies us as belonging to God. It shows we are sanctified, set apart for a spiritual or holy use. Ever since Sunday worship was instituted, the Sabbath truly has set apart God’s people in a distinct way.

You can see why God chose the Sabbath as the initial challenge for Mr. Armstrong. Proving the Sabbath resulted in Mr. Armstrong knowing the true God who set him apart for spiritual use. He could then accurately navigate through human reasoning, Bible “authorities” and the confusion of conflicting teachings, avoiding the false gods and their false teachings by anchoring himself to the true Creator God.

Young people, at the end of this week, you will be obeying something that is crucial to your life now and for your future: the holy Sabbath day of the Creator God!

God has made Himself known to you. He has sanctified you. He has set you apart for spiritual use. He has made you His child. Understand, appreciate, embrace and love the Sabbath more and more. It will protect you from idolatry. It will keep you in the knowledge of your Creator, and it will enable Him to continue creating something wonderful in your life.