Lessons From History: The Lion Caged
Will you find and endure your finest hour?
By Abraham Blondeau • May 20, 2014 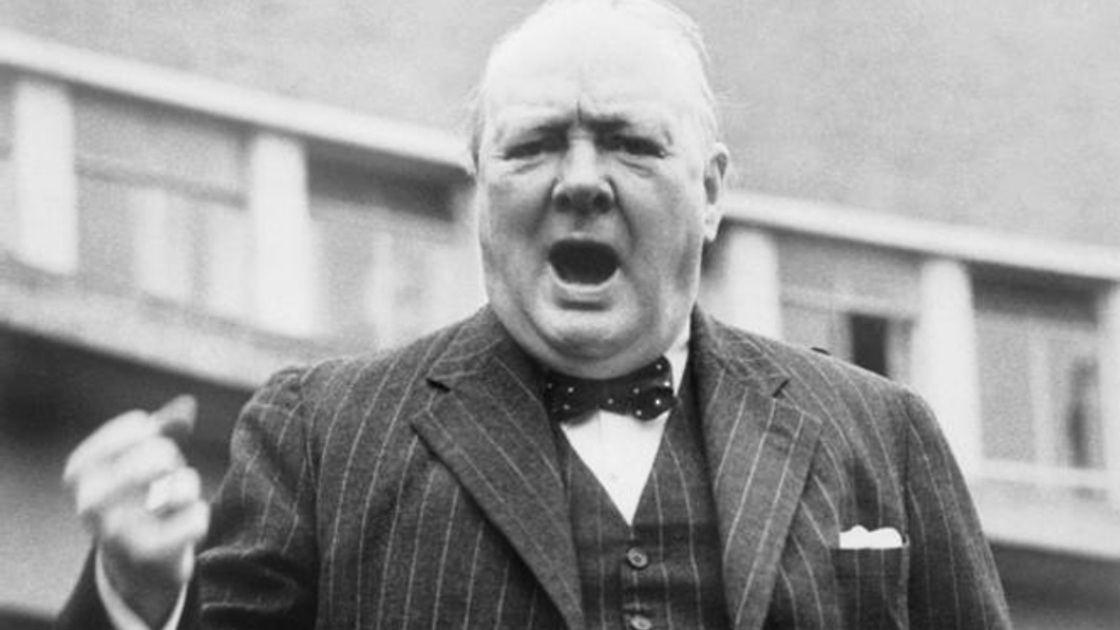 He has been called the “greatest man in the world,” the “savior of Western civilization,” and the “savior of Britain.” But if you visited his country estate in Kent in 1932, you would have heard his countrymen call him “warmonger,” a “has-been” ready for the “evening of his days.”

Amid the clamor of disdain and the storm of criticism, this man found refuge in ceaseless hours of brick laying, waterfall and pond building. Out of power and out of favor, many thought he had seen the climax of his career and was finished. It seemed he was destined to live out his life at Chartwell in obscurity.

Yet after a decade in the political wilderness, Winston Churchill would rise to his finest hour. Indeed the lion was caged, but nothing could muffle his roar.

In the spring of 1929, the political landscape in Britain went through a great change. The Conservatives could no longer find support in Parliament and the government collapsed. Churchill was forced to resign as Chancellor of the Exchequer, and although he retained his seat in Parliament, he no longer held a post in the government for the first time in more than a decade.

He had high hopes that the winds of change would again blow in his favor and thus bided his time until he was in power again. However, fortune had a different path for the 54-year-old Churchill to take. Here began an unexpected trial that would push Churchill to his limits. Many times he considered giving up, but he knew he must persevere—too much was at stake to fail.

Across the English Channel and North Sea, great shifts were taking place. From the ranks of the common workers, a young man named Adolf Hitler was rekindling the Teutonic spirit of war in the German people. Further across the globe, India was demanding status as an independent nation free from British rule.

Churchill, guided by his keen sense of history and love for the British Empire, knew he must be a voice to speak out against the dangers of Hitler’s Germany and Britain’s weakness in India. As became quickly apparent, he was the only voice.

It was in this struggle that Churchill found his new life’s purpose, and no matter the consequences, he was willing to stand fast to the belief in his cause and purpose. With no guarantee of success or certainty of redemption, Churchill knew the world needed to hear the truth.

Speech after speech, article after article, his warning went unheeded. As he preached of impending doom, the media turned on him. They accused him of desiring war, of resenting Germany, and even of treachery against the British government. Shame and contempt were associated with his name.

During many of his speeches, he was constantly harassed by audiences who would throw bricks and rotten eggs—and even spit upon him. His whole family was ostracized from political social circles, and many friends refused to even be seen in public with him.

Never did he seem further away from regaining a position in government. Jack Fishman wrote in My Darling Clementine : “During the mid-1930s it seemed he had ‘missed the bus.’ He was a lone wolf, champion of lost causes and forgotten loyalties. There was nothing of which political prophets were surer than that he would never be prime minister. He had made too many enemies, was still making enemies. His constant warnings of the menace of Hitlerism were dismissed by a public which preferred comfortable words. ‘Let him write history,’ they said. ‘It is too dangerous to allow him to make it.’”

Churchill faced this raging storm of criticism and pacifism that would have destroyed any other man with fortitude and strength. And though he could not have known, his day was coming.

As German troops marched into first Austria, then Czechoslovakia, and then Poland, the jeers at Churchill turned into cheers. The tide was beginning to turn. As the world plummeted into savage world war, Churchill’s warnings were vindicated. The British people at the last moment finally saw the truth and importance of the watchman’s trumpeting. It was too late to avoid war, but not too late to win the war.

On Sept. 4, 1939, Churchill was appointed First Lord of the Admiralty and returned to political power. Now vindicated, it may well have been those 10 harsh years that stirred him to write these words: “To every man there comes in his lifetime that special moment when he is figuratively tapped on the shoulder and offered a chance to do a very special thing, unique to him and fitted to his talents. What a tragedy if that moment finds him unprepared or unqualified for that which would be his finest hour.”

What if Churchill had given up? What if he had folded to the pressures of the crowd? What if he was weak when the entire world needed him to have strength? Thankfully, he wasn’t. Instead, Churchill pushed past the persecution toward the time when he would be needed, when he would have his moment to do something extraordinary. It was his clear sense of purpose and vision that allowed him to master the circumstances around him and prepare for the momentous days ahead.

Churchill endured and found his finest hour. Will you?