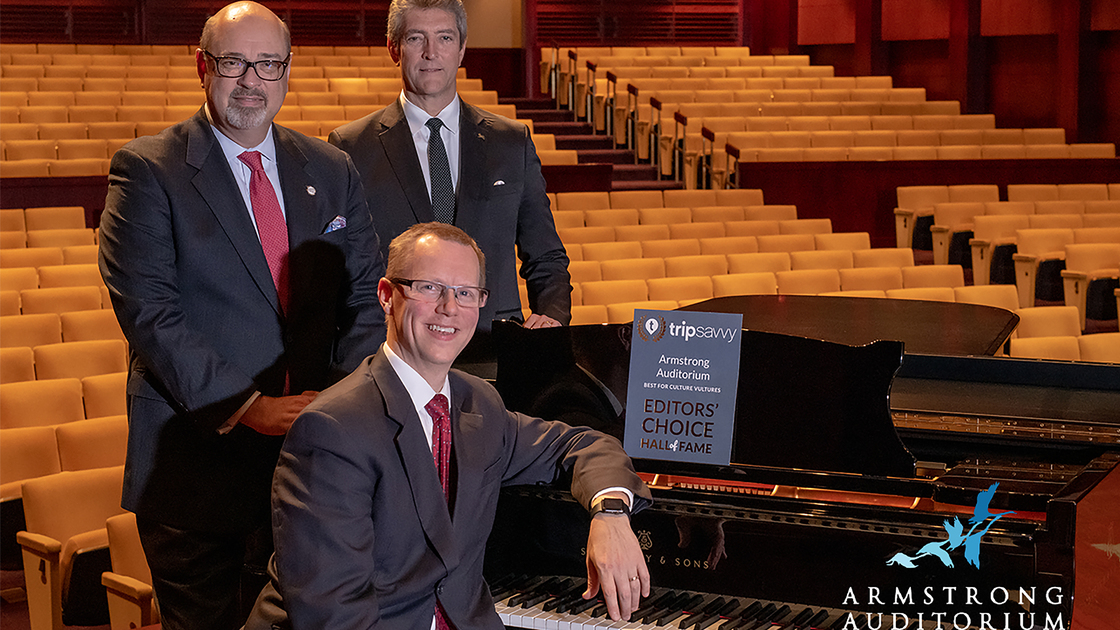 EDMOND—Armstrong Auditorium received its latest recognition last week as it was announced a “Hall of Fame” winner in the 2019 TripSavvy Editors’ Choice Awards. The distinction is for locations that have won two years running, representing 0.3 percent of the businesses the site has reviewed worldwide. The selection process involves results calculated by an award-winning data team and vetted by the site’s editors.

“Our Hall of Fame winners are best-in-class,” said TripSavvy vice president and general manager Molly Fergus. “Our writers and editors are tasked with discovering the best in travel, and Armstrong Auditorium has stood out year after year. We are thrilled to recognize them.”

Armstrong International Cultural Foundation director of marketing and public relations Shane Granger said that the foundation is “honored” and, “We are grateful to our patrons, members and staff for their continued support. Armstrong’s success is their success!”

TripSavvy is considered a top-ten travel website, according to comScore, with almost 10 million monthly users. Armstrong Auditorium opened in 2010 and hosts the cultural foundation’s performing arts series, now in its 21st season. The building and its events have previously won the 2014 Redbud Award “Outstanding New Attraction,” the 2019 Central Oklahoma Frontier Country “Outstanding New Exhibit Award” and TripAdvisor’s“Certificate of Excellence” four years running. Its staff and publicity firm have been similarly recognized. The auditorium’s next event presents the Lomazov/Rackers Piano Duo on December 3.