How to Settle Family Arguments
God has established laws that govern the effective interaction between human beings. Submission to those laws brings harmony and happiness.
By Ron Fraser • January 2002 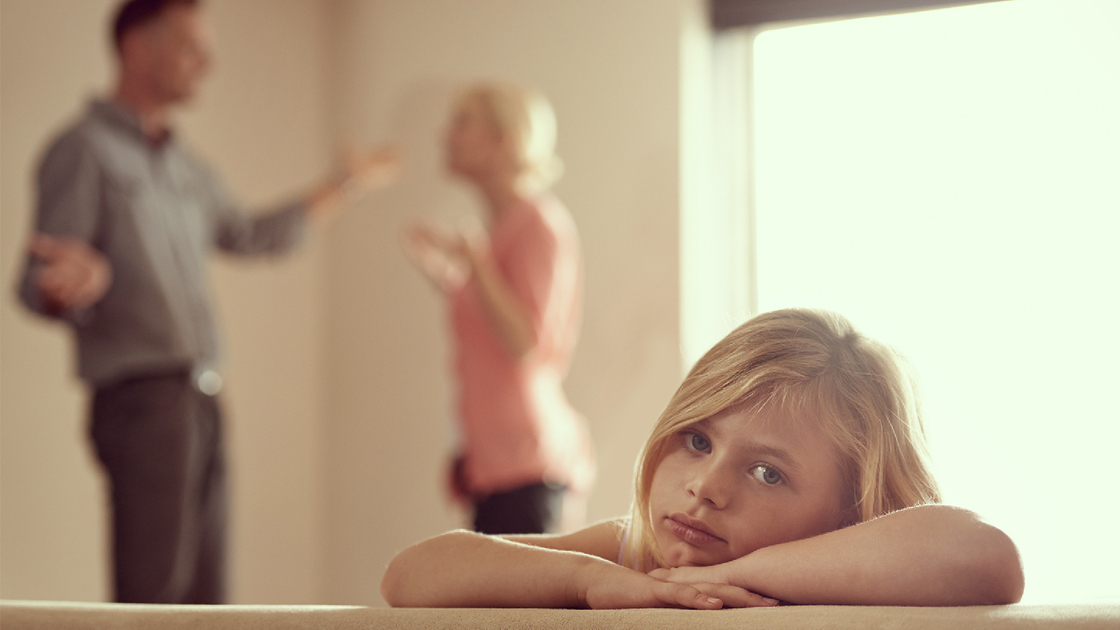 My dear maternal grandmother had a saying that she always used when her grandchildren were caught arguing: “Little birds in their nest must agree!” In fact, this was a corruption of the 18th-century English songwriter Isaac Watts’s verse: “Birds in their little nests agree / And ‘tis a shameful sight, / When children of one family / Fall out, and chide and fight.”

In English literature, the home is often likened to the nest of a pair of birds with their progeny. Even King David saw the analogy when he pined after the prospect of living within the Eternal Father’s courts: “How amiable are thy tabernacles, O Lord of hosts! My soul longeth, yea, even fainteth for the courts of the Lord: my heart and my flesh crieth out for the living God. (Yea, the sparrow hath found an house, and the swallow a nest for herself, where she may lay her young), even thine altars, O Lord of hosts, my King, and my God” (Psalm 84:1-3).

As the Companion Bible indicates, the phrase that we have shown in brackets is a parenthetical clause—the insertion of a thought into the main flow of the text.

The analogy of the birds and their nest, living in harmony in their chosen space, is what David’s mind turned to when he cried out to God to speed the day when he may be part of the unity, harmony and peace that pervades the true house of God. As he exclaims, “Blessed are they that dwell in thy house” (verse 4).

How is it in your house?

When people come to visit, do they depart with the thought in mind, “Blessed are those who dwell in their house”? Is your home a haven of peace and harmony—a true reflection of the peace and harmony that emanate from the house of your heavenly Father? Or does confusion reign? Is it a hovel of bickering, arguing and disagreement instead of an oasis of calm that truly reflects the fruits of God’s Holy Spirit—love, joy, peace, longsuffering, kindness, goodness, faith, gentleness, self-control?

What’s the situation in your home? Do you, as husband and wife, mother and father, son and daughter, provoke one another to good works (Hebrews 10:24), or is your habit rather to “bite and devour one another …,” provoking one another in envy of each other? (Galatians 5:15, 26).

Is it too often a case of one accusing the other, “It’s your fault. I’m not going to give an inch till you say you are sorry!”?

God created the marriage and family relationship. He established a government, which should operate in the home. Many of us understand that truth but simply lack the understanding of how this family government works!

In Ephesians 5:23 Paul declares that the husband is “the head of the wife, even as Christ is the head of the church: and he is the saviour of the body.” Let’s dwell for a moment on that little word as, which Paul uses in his description of both the husband’s and wife’s roles in the family unit.

To stress just how the husband should handle his responsibility as head of the wife, in the mold of Jesus Christ, Paul compares the role of the husband to that of savior! Husbands, do you carry out your God-given responsibility to your wife as a true Christ-like savior to her?

Turning to the wives, Paul compares their role, in subjectivity to the husband in all things, to the Church being in complete submission to Christ! “Therefore as the church is subject unto Christ, so let the wives be to their own husbands in every thing” (verse 24). Wives, can you truly say, before God, that this is the way you live your God-given role of caring, loving helpmeet?

God, the eternal self-existent life-giver, designed and created the roles of husband and wife. He knows how to make it work. Yield to His instruction and reap the blessings of true, godly marital and family bliss. You can—if you will just obey God’s instruction and fulfill your role as He commands!

Knowing God’s formula of government in the family is simply not enough. Most of God’s people know the formula. But how many apply it? So often it’s a matter, as has many times been said, of us talking the talk, but failing to walk the walk! As Paul adjures the brethren of God, “If we live in the Spirit, let us also walk in the Spirit” (Galatians 5:25).

The Industrial Revolution did untold damage to marriage and the family. It uprooted the husband and father from home and hearth and put him to work on a production line or office job separate from the family for 8 to 10 hours or more per day.

This led to many a young wife and mother being faced with the task of interacting with little children for the same amount of time per day. By the end of the day, she craved adult company and conversation—husbandly warmth, husbandly talk! At the end of his workday, the husband and father, often exhausted from his output of physical and mental energy, just wanted to flop in a lounge chair and switch off—at the very time his wife asked, “How did it go on the job today, honey?” She craved communication—he craved peace and quiet! The result? Often, division and strife!

This is where God’s Spirit must come into play. As Herbert W. Armstrong so often said, marriage is a 100-100 partnership! One hundred percent give by each partner—no 50-50 compromise!

With the power of God’s Spirit put to use by the wife, she will be sensitive to her husband’s mood and not pressure him. At the end of the day he needs a warm and loving smile, a soft embrace, an understanding look and softer, kinder words than he has heard on the job. At the end of her day, talking baby-talk, cleaning up, cooking, shopping and doing the many housewifely chores that are her blessed lot as helpmeet, she needs her husband’s arms around her, his manly, reassuring voice; she needs him to take charge and lead in the family—to relieve her of her leading the children for most of the day.

But too often, the result is tension, with one or the other failing in their God-given role. This is where the husband and father must not neglect his responsibility.

He’s home late, the meal is spoiled; she’s tired, frazzled; her hormones are out of kilter. He’s been corrected by his boss for something he did not do. His nerves are raw. The situation is explosive. The children are whimpering; the dog has not been fed. One or the other loses their cool. An emotional explosion rips through the family nest. A full-fledged family argument ensues! The result—confusion!

That’s proof of someone else on the scene! “For God is not the author of confusion, but of peace, as in all churches of the saints” (1 Corinthians 14:33).

The author of confusion is revealed in Revelation 9:11. He is that one who is committed to rending God’s Family. He’s the one who stands there gloating when two converted people are at odds with each other! He is Satan the devil himself!

Well, what should have happened in the above scenario? First, the husband should have taken the lead, accepted and used, lovingly, his God-given role. He should have begun by apologizing for being late. But then, he should remind his wife that two wrongs do not make a right! An argument is only possible if both attack each other! He should point this out and, being willing to admit his error, should point out the wife’s error as well.

Then, as a converted son of God, that man should take his wife by the hand and lead her to the quiet of their bedroom, kneel down and ask God’s forgiveness for both their sins. He should seek God’s help to draw them as husband and wife closer to each other, and as mother and father, closer to their children, so they may be a better example of God’s loving family government within their own family unit and a better example to others (1 Peter 2:12). The husband should swallow his pride, conquer his ego and vanity, and yield to God in a moving, emotional and truly heartfelt prayer. The wife should acquiesce with a genuine amen at the close of her husband’s prayer. If she desires, in a submissive manner, to offer a prayer in support of (never in competition against) her husband’s lead, he should permit her.

If this formula is followed, God’s Holy Spirit will diffuse the tension and flood each with the warmth of God’s love. They will rise up from that prayer of deep repentance, embrace each other, go out and cuddle their children and make amends by having a pleasant family evening in anticipation of a new start the next day.

This is a guaranteed formula for the settling of any family argument. A similar process can be followed if a youth or even another adult member of the family offends. The mutual recognition of fault and the prayer of real repentance yield outstanding results for family unity. Try it—it works! It’s not enough just to know the formula for family unity and harmony. We must literally practice it—live it, live in it. This is God’s love in action within the family!

“In this the children of God are manifest, and the children of the devil: who­so­ever doeth not righteousness is not of God, neither he that loveth not his brother. For this is the message that ye heard from the beginning, that we should love one another” (1 John 3:10-11).