The Unplanned President
What will you do with what you’ve been given?
By Christina Dattolo • Nov. 21, 2019 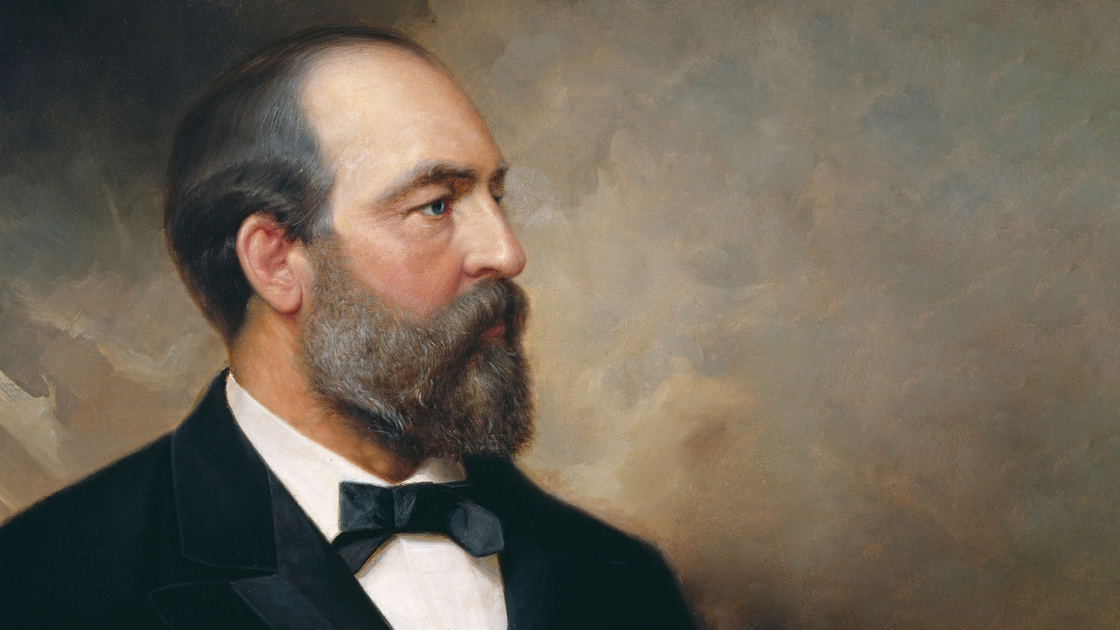 Imagine showing up for school one day, ready for another day of classes. You walk in and find chaos. A new class president needs to be selected, and no one can decide who should do it. You sit back and watch, content to be a bystander.

Suddenly, someone looks at you and shouts above the din: “Let him do it!” You look up, startled at this unwelcome development. After all, you’re not even campaigning! But within moments, you find yourself surrounded by cheering classmates—and just like that, you are thrust into the position of class president without having said a word.

This was the situation James Garfield found himself in, except on a much grander scale. When he showed up to the Republican National Convention in Chicago in 1880, it was to support a fellow Republican as the party’s presidential nominee—not to join the race. However, the Republicans were locked in a three-way tie. They could not get enough votes for any one candidate to go up against the Democratic candidate, Winfield Scott Hancock.

One person mentioned James Garfield’s name, and immediately the representatives at the committee latched onto the idea. Much to Garfield’s shock, he ended up winning more votes than all three Republican candidates combined! He had been chosen as the Republican presidential candidate to run against Hancock.

Five months later, 49-year-old James Garfield—who had never intended to run for the office of commander in chief—was sworn in as the 20th president of the United States.

How would you respond if you were unexpectedly given such an incredible responsibility? Would you be prepared? What if you felt unqualified? Not good enough? We can learn from the example of this unplanned president, who always made the most of what he had.

James Abram Garfield came from humble beginnings. The youngest of four children, he was born into an impoverished home. His father died when James was 2 years old, leaving his mother to care for him and his siblings on her own.

James certainly had a more challenging childhood than some of his friends. But as he would reflect in later years, his difficult experience helped shape him into a man. He was grateful for “that fortune which made me poor and forced me to make more efforts than I should have made had I been the inheritor of wealth.” He added, “[S]ome natures are better developed under adversity and need obstacles and discouragements to bring out the mettle that is in them.”

And mettle there was. James, though he preferred indoor studies to outdoor activities, worked on canal boats along the river to put himself through school. He was poor, but he never let that stop his education. He was a voracious reader, and he had a particular fondness for poetry and oratory. Even at a young age, he longed to become a teacher.

Garfield was so skilled in self-discipline that, even without formal schooling, he was able to attend college in his early 20s. He wrote a letter to the president of Williams College, and the president was so impressed with it that he accepted him sight unseen. Garfield graduated from Williams in 1856 with honors. He was 25.

Now free to pursue teaching, Garfield returned to Ohio and became a professor and later the president of Hiram College in his home state. But teaching did not satisfy his ambitions, so next he studied law, language and religion. It is said that you could ask him a question in English, and he could write the answer in Latin with one hand and in Greek with the other!

In his late 20s, politics began to call to Garfield, particularly the abolition movement. In 1859, he began serving in the Ohio legislature. One year later, the American Civil War broke out.

Of his office as a brigadier general in the war, Garfield said: “I have flung myself and all my plans of activity into the scale of war, the struggle and the questionings are all over, and I am busy and cheerful in the work of tearing down the old fabric of my proposed life and removing the rubbish for the erection of a new structure.” He was wholehearted in everything he did.

During and after fighting in the Civil War, Garfield served nine consecutive terms in the House of Representatives, eventually rising to the position of House minority leader. He had just been elected to a term in the Senate when he became the Republican presidential nominee.

Though Garfield had never intended to be president, he found that, when the time came, he was prepared because he had always worked hard in his life. He had worked his way up from the bottom, never letting his circumstances hold him back.

A passionate anti-slavery activist, Garfield spoke on racial equality in his inaugural address, hoping that “50 years hence our children will not be divided in their opinions concerning our controversies. They will surely bless their fathers and their fathers’ God that the Union was preserved, that slavery was overthrown, and that both races were made equal before the law ….”

Sadly, President James Garfield did not live to see his dream realized. He was shot and killed by an assassin’s bullet only months into his presidency. But though his term was short, he had taken great strides to restore prestige to the office he briefly held. The nation mourned his death greatly. Future President William McKinley remarked at his eulogy, “Few have crowded such great results and acquired such lasting fame in so short a life.”

Sometimes life throws unexpected curveballs. Sometimes we are given a responsibility that seems daunting. Sometimes we feel unprepared. As God’s youth, there are always opportunities for growth, leadership and character development. We, too, can create an effective legacy—no matter how small our beginnings.

We will inherit an even bigger responsibility than James Garfield had. And best of all, we will live to see the fruits of our hard work forever.