Left Right Out
The choice is yours. Are you really missing out?
By Marianna Balaa • Sep. 5, 2019 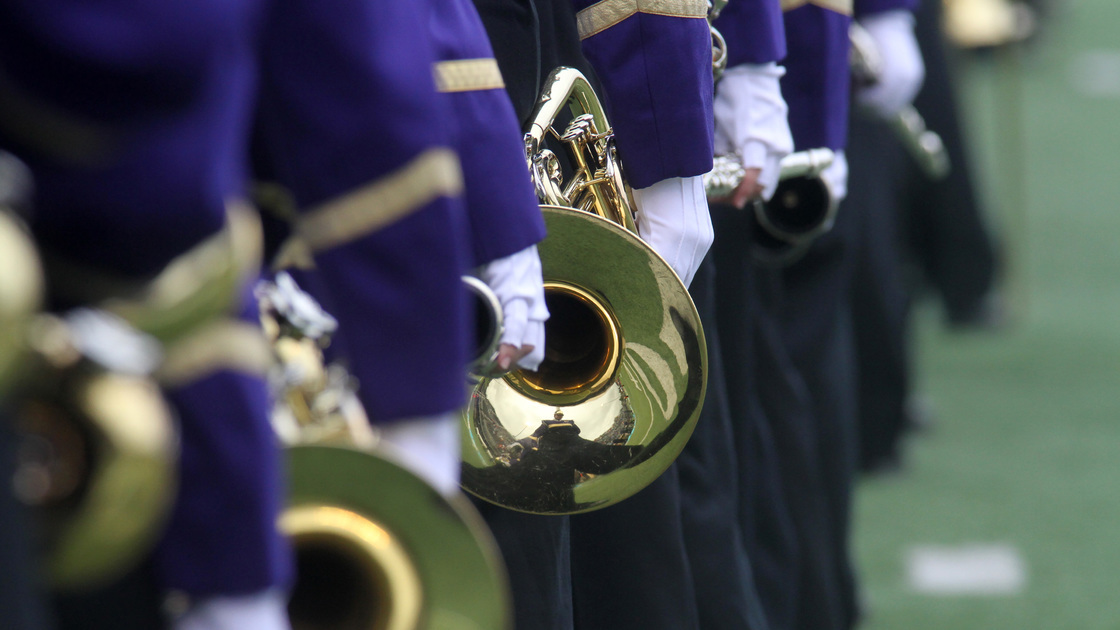 You’re really missing out. Oh, I wish you could’ve come; it was so much fun. You don’t know what you’re missing. It was like a broken record; I heard statements like these all throughout high school. My classmates would tell me about the fantastic fun that they had on Friday night or of some extravagant adventure from a trip last Saturday. They tried to make me see what they thought I was missing, and band was no different.

After being in band for a few years, I knew I wanted to be in music long term, but then a brick was thrown at me. I was told that I had to go to band camp over the summer. Ordinarily that would not have been a problem, but it just so happened that the camp was during Philadelphia Youth Camp. Then our band director told us that band camp was mandatory—that if we didn’t go, we couldn’t be in band anymore.

I really wanted to stay in band, but I wanted to go to pyc more; I prayed about it and asked God to work it out. Not long afterward, I shocked my band director by telling her I would probably have to quit band, but after I explained the situation, she told me that she would work it out—that I wouldn’t have to drop band. I was relieved!

As the school year began, we all realized we had some adjusting to do; I had to play catch up from all that I had missed at band camp, and all the while, I heard stories of what I had missed. It actually didn’t sound that appealing to me: humid and hot days, marching for hours, people passing out, etc. Gone were the days of concert band. Now we had to stand at attention, mark time with our feet while we played (left, right, left, right…), memorize our music, and eventually move to the field where we had to march while playing. All was fine and dandy until I realized when our performances were: half-time shows at the Friday night football games.

I knew that I couldn’t go to the football games, so I thought band really might be over this time. I took the situation to God and asked for His help. When I talked to my mom about it, she showed me that there were two options before me and I had to pick: Band and Friday night football games, or God’s Sabbath. I was reminded that God promises to bless those who obey Him. I didn’t know how God would work it out, but I knew my decision.

I explained to my band director that I could not go to the Friday night football games because the Sabbath begins at sunset on Friday. I braced myself for her response. After some thought (and agonizing silence) she told me that it wouldn’t be a problem—that I didn’t have to go to the games. Now it was my turn to be shocked.

Not only was I allowed to stay in band, I became an assistant to the band directors. While the students were marching on the field, I was in charge of the metronome, or helping with the color guard. I helped paint the field, copy music, teach middle school band students, teach incoming freshmen how to march, and I even was able to attend a drum major camp where I was taught the basics of conducting a band. By standing firm in obeying God’s law, I was given so many awesome opportunities that I wouldn’t have received otherwise!

Then, later in high school, I was even given the opportunity to attend a game! Because of a bad storm, our school moved one game to a Thursday night. My band director asked me if I would like to come, and I happily agreed. Not only did God provide me with many opportunities, He even gave me the opportunity to experience what I was “missing.”

If I would’ve only looked at what I was “missing out on,” it would’ve been really easy to believe what all the kids at school were telling me. However, looking at the entire field, I can see that I received so many opportunities I never would’ve received otherwise. This experience taught me that God promises to bless us if we obey Him as Deuteronomy 28:2 states, and those blessings far outweigh anything in this world.

In comparison to all that God promises, are we really missing out on anything?