Why You Must Remember John Amos
May 12 marks the anniversary of John Amos’s death.
By Gareth Fraser • April 4, 2013 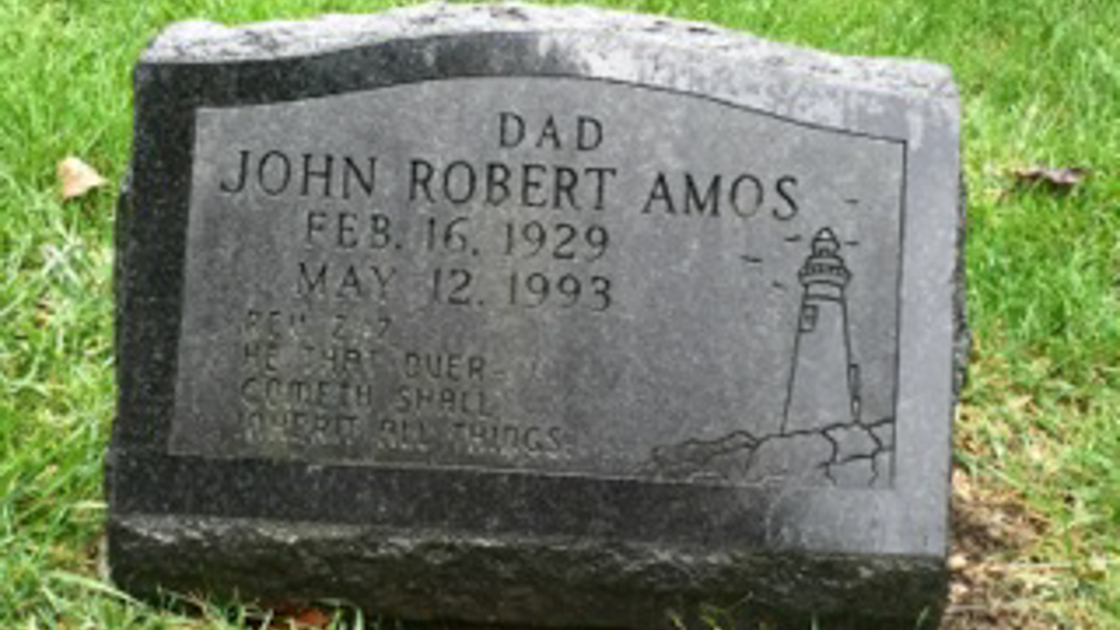 “John Amos has just achieved the greatest success attainable on Earth!” wrote editor in chief Gerald Flurry on the cover of the June 1993 Philadelphia News. The article recounted the biblical promises to those who die “in the faith,” such as this man born in 1929.

Who was John Amos, you ask?

For one, he was the second Philadelphia Trumpet writer. In that first edition, John Amos contributed an informative article and thereafter served as a contributor and executive editor.

His career experience as a broadcast enthusiast, student of Hollywood High, World War ii radio operator, radio show host and voice-over specialist in the dominant Southern California market, coupled with his service under Herbert W. Armstrong’s direction in media sales for The World Tomorrow, headquartered from Pasadena, and role as longtime minister of the Worldwide Church of God, well positioned him for any contribution he would make to the genesis of the Trumpet magazine’s sponsor.

A simple search of theTrumpet.com will return numerous references to Mr. Amos and his supportive encouragement and leadership to its founder in our earliest days. “When an early draft of the book was brought to the attention of wcg leadership in Pasadena, California, Gerald Flurry and his assistant, John Amos, were fired from their positions as wcg ministers,” recounts the introduction to Malachi’s Message.

“John Amos and I were disfellowshiped in late 1989 for seriously questioning the wcg leaders’ doctrinal changes away from what Mr. Armstrong taught, and for believing what was later printed as Malachi’s Message,” Mr. Flurry went on to detail.

That historic night of Dec. 7, 1989, saw the pair staunchly defend the contents of Mr. Armstrong’s final book, Mystery of the Ages.

Regular readers may be familiar with the out-of-court victory of this website’s sponsor against the cadre of leaders bent on burying the legacy of Mr. Armstrong. That victory has its small beginning that fateful night when two men stood together shoulder-to-shoulder on the Ambassador College campus, in defense of the legacy of its founder and internationally recognized ambassador for world peace.

A pinnacle spiritual lesson for us to learn from this venerated Trumpet writer was pinpointed in our hope-filled booklet Isaiah’s End-Time Vision. “John Amos followed [God’s] government from the beginning. We were two nobodies in the ministry, and yet he never argued over who was in charge. He was one nobody submitting to another nobody! That is to his eternal credit, and it demonstrates that we had the government of God right at the start.”

On the first Sabbath of the Philadelphia Church of God on Dec. 16, 1989, Mr. Amos, his wife, son and daughter made up four of the original 12 members.

Those familiar with the dulcet tones of Hollywood narrator Art Gilmore, the longtime voice-over talent of The World Tomorrow, were struck with a voice reminiscent of him when Mr. Amos assumed voice-over responsibilities in 1992 for Mr. Flurry’s radio program, God’s Future World, later renamed the Key of David. Mr. Amos remained the supportive voice of the program, and contributing writer to the Philadelphia Trumpet and the Philadelphia News until his sudden death in 1993, after extensive travel throughout Canada and the Northwest U.S., both of which he was pastor over.

Mr. Amos died before the establishment of Herbert W. Armstrong College, Imperial Academy, theTrumpet.com, Royal Vision magazine and the Armstrong International Cultural Foundation, the miraculous out-of-court victory over Mystery of the Ages, and the construction of Armstrong Auditorium.

On a personal level, he died before I could ask for his daughter’s hand in marriage, which was honorably granted to me in 1994 by his wife, Helen. He never saw his daughter, Andrea, walk down the aisle and be given away at our wedding by his son, Ethan. He died before seeing the birth of his grandchildren. And since his death, in our hallway at home hangs his picture and that Philadelphia News article honoring his memory as a perpetual reminder to me, my wife and our children of his loyalty, sacrifice, service and death.

Today at the hub of Herbert W. Armstrong College life is the first building constructed, named the John Amos Field House. Students, faculty, ministry, members and visitors alike eat, enjoy sports, dances, classes and other associated activities in this structure bearing his name as a reminder of his example.

That same Philadelphia News article cited 1 Corinthians 15:50-54 and Isaiah 25:3-4, 7-8 before concluding, “Mr. Amos was your friend. He was my friend. But more importantly he was God’s friend! ‘Precious in the sight of the Lord is the death of his saints’ (Psalm 116:15). Men and God have different views of death. To God, Mr. Amos’s death was precious. There is now another son ready to be born into God’s Family. This means so very much to our spiritual Father! He is in the business of building a family.

“During such a sobering time we urgently need God’s perspective. A great man has just died in Israel. He has now qualified for the most exalted job in God’s Family—the Bride of Christ. Very soon, we shall all be reunited to serve together for all eternity.”

And finally, in his booklet Who Is ‘That Prophet’?, Mr. Flurry fittingly remembered his loyal friend and confidant: “Mr. Amos has these words written on his gravestone: ‘To him that overcometh will I grant to sit with me in my throne, even as I also overcame, and am set down with my Father in his throne’ (Revelation 3:21). I know Mr. Amos is going to be there with Christ on that throne. Will we be there with him?”