Avoid Criticizing
How good are you at holding your tongue?
By Greg Nice • April 30, 2019 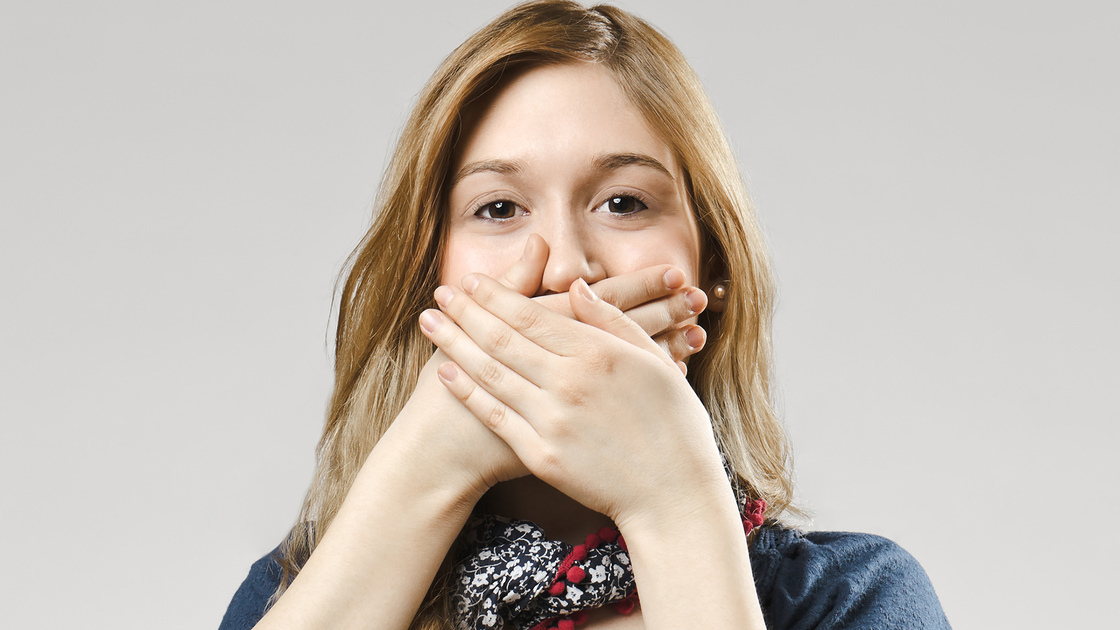 Edwin Stanton didn’t like his boss. He once told a friend that he didn’t think he was intelligent. He also referred to him as the “original gorilla.”

Mr. Stanton was the United States Secretary of War, and he was willing to openly share this criticism of his superior: Abraham Lincoln.

Perhaps you have heard, either first- or second-hand, that someone you thought was your friend criticized you, your dress, your family or your personality. Perhaps they called you something like the “original gorilla.”

How did you feel?

Perhaps you have been like Mr. Stanton, willing to openly share your criticism of someone else: Did you see that dress she was wearing—what was that? Did he actually pay for that haircut? She likes Taylor Swift—how terrible is that? He can’t name one team in the NFL. What a yo-yo.

For humans young and old, criticizing others seems to be a natural thing to do. We feel the need to evaluate what others say or do. We feel the urge to share that opinion with family and friends. And, all too often, we succumb to that feeling.

Criticism is “a critical observation or remark.” A critic is “one who expresses a reasoned opinion on any matter involving especially a judgment of its value” (Merriam-Webster). When we think of criticism, we think of someone who is expressing his opinion. We are all critics of what we see, what we hear, and what we experience. The problem arises when we openly express those critical opinions. Our intent may not always be malicious, but responding to these urges does often cause offense. It hurts our relationships.

It is important to recognize that everyone has emotions and sensitivities. The old saying, “Sticks and stones may break my bones, but words will never hurt me” is simply not true. Critical words spoken about you—or by you—can hurt much more than a stick or a stone. We all are sensitive to what others think and say about us.

It is also important to remember that we all come from different families, different hometowns and different approaches. We each have different personalities and have experienced different things. Our talents are different, and what we like and dislike is different. We are individuals, yet our natural tendency is to group everyone into the same category. Our vain brains want to make self the standard. Everyone should like what I like. Everyone should dislike what I dislike. They should wear what I would wear, talk like I talk. That’s why, so often, when we openly express our criticisms about someone else, we are actually exalting ourselves above them. They just haven’t met our standard.

Criticizing someone like that devalues their worth, and God doesn’t like that. It’s not the way He thinks.

Learning to hold your tongue when you want to express your opinion about what someone is doing or what he or she looks like will be a great blessing to you. Why? It’s a law of God. God’s law is a law of love—of outgoing concern. If you practice withholding criticism in order to avoid offense—in order to give to another person—you will be blessed. What you are doing is abasing yourself, not exalting yourself. That’s love! That is outgoing concern.

In Luke 14:11, Christ says the person who “humbleth himself shall be exalted.”

Here is a practical way to practice humbling yourself: When you have that strong urge to tell someone what you think of them—or your critical opinion of someone else—don’t do it. That takes character. It takes self-control to tolerate and even learn to enjoy the differences you see in others.

What value or virtue is there in being critical of the features, the likes or the personalities of others? Dale Carnegie put it this way: “Any fool can criticize, condemn and complain, and most fools do.”

We need to love people. God made us with variety, and He gave us different experiences, which give us even more variety. It is easy to be critical of different cultures and people, but strive to resist that urge to criticize the differences you see. You certainly will have opinions. You will see and hear things you like or dislike. There is nothing wrong with that. As you mature, however, you must realize that your way and your evaluations may not always be right, or they may not be the only way to view a person or situation. In most cases, you will need to suppress that criticism in order to show love and to be giving. You will need to work constantly at maturing—at evaluating your opinions by comparing them to God’s opinions.

Relationships cannot develop or thrive when they are smothered under criticisms. In order to learn to love and in order to have true friends, you must give people what they crave: appreciation. Treat each person as an individual made in God’s image. Build them up. Tell them the things you admire in them—their strengths, their gifts, their talents and, yes, even those things that are different about them. That is God’s way of give.

Abraham Lincoln once sent an executive order to his secretary of war, Edwin Stanton. When Stanton read the order, he said that Lincoln was a fool for sending such an order. This statement got back to the president. Here is what he said: “If Stanton said I was a … fool, then I must be one, for he is nearly always right ….”

Lincoln knew that Edwin Stanton criticized him, and Stanton had made many mistakes as secretary of war. Lincoln easily could have replaced him. In fact, many wanted Lincoln to replace him. But the president appreciated the different opinions and ideas Mr. Stanton brought to his administration. He never criticized Stanton. History indicates that Mr. Lincoln rarely, if ever, criticized his subordinates openly. The president supported Stanton to the end. This ultimately had a powerful effect on Secretary Stanton.

Most of you probably have never heard of Edwin Stanton, but you all know Abraham Lincoln. And as President Lincoln was dying after he had been shot, Edwin Stanton reportedly said: “There lies the greatest ruler of men that the world has ever seen.”

How is it that Stanton could exalt Lincoln with such praise? How is it that you have heard of Abraham Lincoln but not Edwin Stanton? It’s because Mr. Lincoln tolerated the differences in those around him. He concentrated on the important issues. He didn’t use criticism to exalt himself above other people.

If you have developed the habit of being critical of others—and you find that you’re more than happy to relay those criticisms to others—go to work on resisting these urges and rid yourself of that habit. It will cause you to humble yourself, and, if you do that, Christ says you will be exalted!