Protect the Family Name
You represent much more than yourself.
By Greg Nice • April 22, 2014 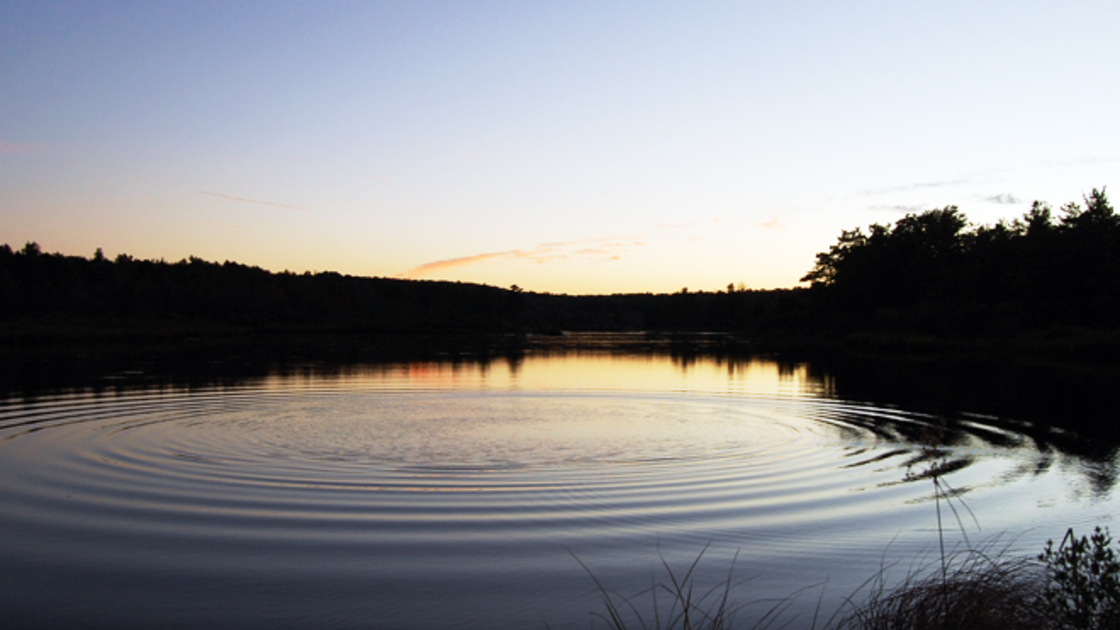 My family lived on a farm when I was young. Often I would go near the ponds where the cattle drank; I always liked to find a big rock to toss into the middle of the pond and watch the ripples of water spread from where the rock landed, watching them race all the way to the banks of that great pond. That’s referred to as the ripple effect, and it applies the same way in our personal lives. Our actions and deeds can ripple out and affect people all around us.

The smaller the community in which you live, the more quickly you should be able to recognize the connections that are made between you and your family. I lived in such a small community when I was young that when older folks asked me my name, most would react with, “You must be Raymond’s son.” I realized then that, in their eyes, I was not old enough to have my own identity. They identified me by who my parents were.

When you recognize and understand this, you see how important it is to implement and demonstrate outgoing love and concern for your family by protecting that family name. You can do this by controlling your actions and by being aware that you represent much more than yourself. You represent your whole family.

By this emphasis on the family and family lineage, we can discern that the family name is important to God.

In more recent history, the establishment and the use of a common last name has been the tool used to connect family lineage and to keep one’s genealogy straight.

When you were born, your father and mother chose your first and middle name, but your last name—your surname—was already chosen. And though you were unaware then—and perhaps to a certain extent are even now unaware—along with the surname, you received a certain amount of responsibility.

Sharing a name with a family member widens the impact of your actions. Society is designed to draw attention to a person’s family heritage through his or her name. This is not a societal fault—family is important to God.

Oftentimes we think we are individuals—accountable only to ourselves and no one else. We deceive ourselves into believing that our actions—good or bad—impact only ourselves.

During the time that the nations of Israel were surrounding the city of Jericho, they were told, and all understood, that they were not to take anything from the city (Joshua 6:17-19). Achan, however—the son of Carmi, the son of Zabdi, who was the son of Zerah, the son of Judah—took some items from the city for himself (Joshua 7:1).

When you read the results of Achan’s actions (verses 16-26), take note of verse 25. Verse 24 tells us that they took the things Achan pilfered from Jericho and all his material possessions, but they also took his sons and his daughters.

Joshua did not know who had committed the transgression that had brought folly into Israel, so, as God instructed him to do, he gathered all of the tribes together. God showed him, first, that it was someone from the tribe of Judah. Then He broke it down into the various family divisions in that tribe until it came down to the single household of Achan, who finally confessed. The whole nation of Israel was witness to this. Achan had tainted his whole family both upward and downward by his disobedience; all those of his household had to die with him.

Verse 25 reveals that after Achan and his family were stoned to death, they were all burned up.

God records the ancestry of this man and also the details of his progeny’s death alongside him. His transgression greatly impacted his family—in fact, impacted the lives of all of the tribes of Israel. Perhaps some of his children were involved in these actions committed by Achan, but most likely, God knew the kind of impact Achan’s sins were going to bring—that it would only bring woe to his children and the rest of the nation.

Each of us must realize that we represent a greater assembly. We are each a member of a family. We represent that family with our conversation, our attitudes, our conduct and, yes, with our misconduct as well.

Today’s society will not stone you or your family and burn you, but it may withhold opportunities from your family, from your siblings, even eventually, perhaps, from your own children because of your personal misconduct. Society has dealt with individuals and families by ostracizing them and/or treating them so harshly that whole families have had to move to different localities; some even had to change their names.

An eternal lesson can also be learned from representing your physical family properly—by protecting, loving and upholding that family name. In John 17:11, Christ prayed to the Father: “[K]eep through thine own name those whom thou have given me ….”

As a teen, or perhaps a member, of the Church of God, you realize the Church belongs to God. The Father and Christ desire a family—and they gave it their own family name. As you attend and fellowship in God’s Church, you are a representative of God. Bear that in mind as you make decisions and take actions. God’s name must be upheld. You must know whom it is you represent!

God will honor those who obey and seek to protect His family name and His Word—God is going to give those individuals His name!

“[B]ut the throne of God and of the Lamb shall be in it: and his servants shall serve him: And they shall see his face: and his name shall be in their foreheads” (Revelation 22:3-4).

It’s important in your youth to strive not to turn inward, or to be oblivious to the consequences of your actions and what they do to your family and your family name. Your actions do have a ripple effect, and those most impacted are the members of your family. Love them by being aware of your contribution to the family name. Always seek to improve it; never intentionally attempt to denigrate it—strive mightily to never demean or sully it.

All of this hard work and polishing will help prepare you for your future, protecting God’s name once you are begotten—and ultimately born—into His Family. Then, He will be excited and overjoyed for you to bear His name in your forehead for all eternity.