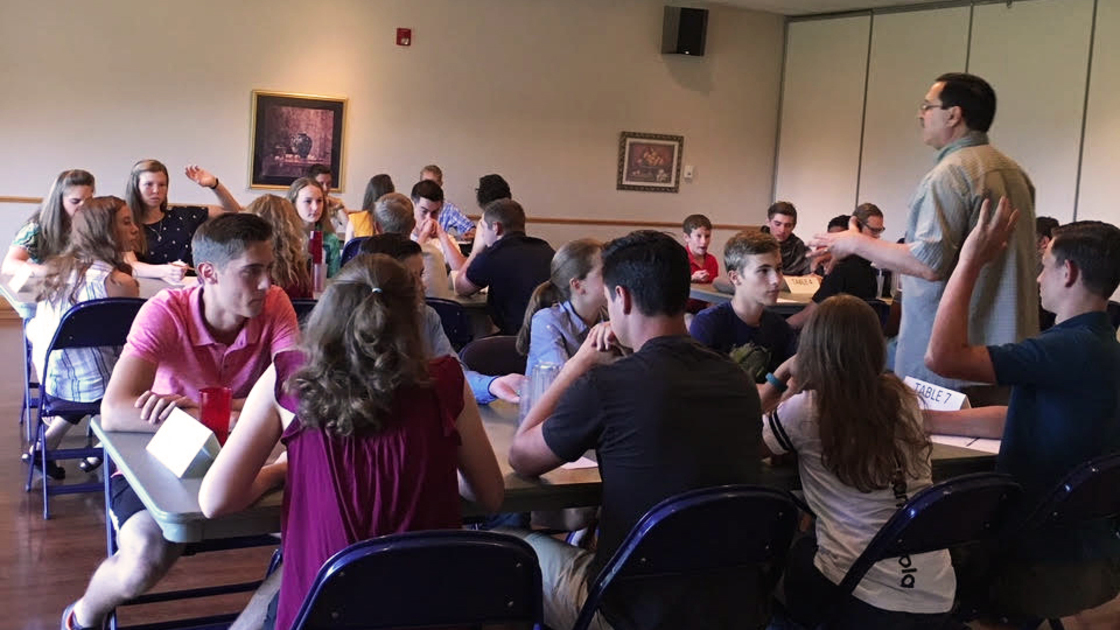 Janet Dattolo
Edmond teens listen to Pastor Fred Dattolo as he explains the rules to bunco.

EDMOND—The teens of the Edmond congregation participated in their first Bunco party on June 3 at the John Amos Field House. The group of 27 youths ranged from those who had just turned 13 to recent Imperial Academy high school graduates who were 18 and attending their final teen activity. After sharing a pizza dinner, the teens heard Edmond Pastor Fred Dattolo, assisted by his wife, Janet, explain the rules. The game had teams rolling dice in an effort to get a “Bunco,” with a chime at the head table adding an element of randomness and fun to the event and signaling that it was time to switch tables and compete with new players. After three rounds, the trophy was awarded to Ariana for the most Buncos. The three youths who tied for the most wins competed in a “roll-off,” and Zach came in first, Sam came in second, and Vanessa came in third. Coordinators are planning fall and winter teen activities.