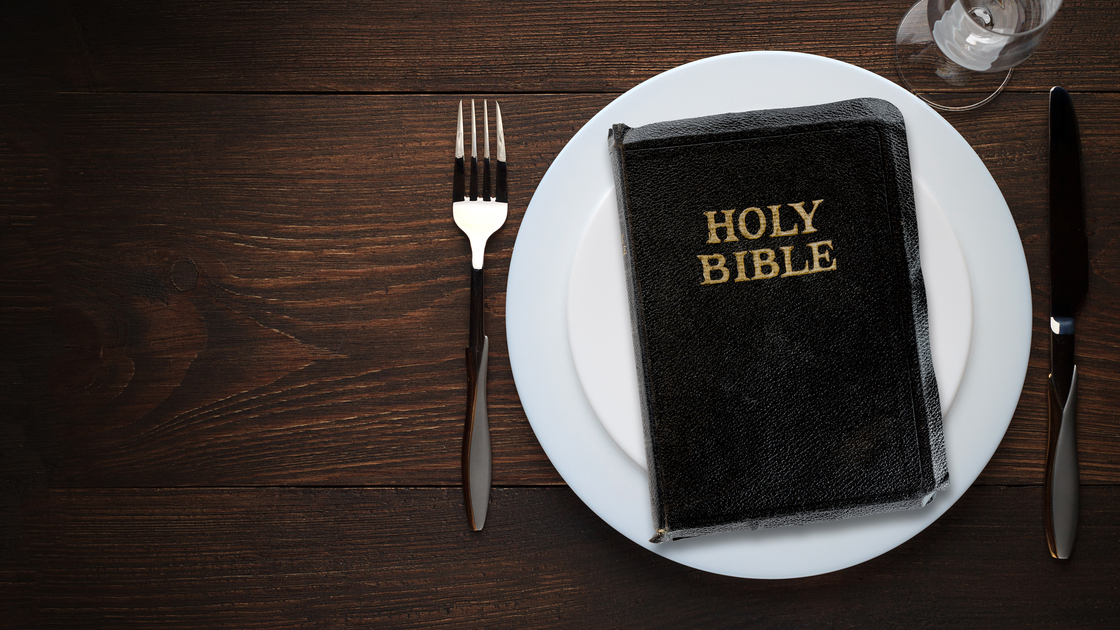 The United Nations lists ending hunger as its second goal to transform the world. “A profound change of the global food and agriculture system is needed if we are to nourish today’s 795 million hungry and the additional 2 billion people expected by 2050,” it states on its website.

Herbert W. Armstrong attended the founding of the United Nations and was present at its 40th anniversary celebrations when the UN honored him as the man who had visited more world leaders than any other. When speaking to kings, queens, prime ministers, presidents, legislators, ambassadors, judges, educators, chief executives and others, he emphasized that world problems are spiritual in nature and require spiritual solutions.

The world is unprepared to answer the sin question. Sin is the transgression of God’s law (1 John 3:4). Where did sin originate? An angel named Lucifer originally ruled the Earth. His name meant “shining star of the dawn”: God sent him to bring light, to bring God’s righteousness, to this planet. He knew what that entailed as he had served at the supreme headquarters of the universe (Ezekiel 28:14). Tragically he turned from that very WAY to the WAY of lawlessness. He wanted to take over the very throne of his Creator.

“For thou hast said in thine heart, I will ascend into heaven, I will exalt my throne above the stars of God: I will sit also upon the mount of the congregation, in the sides of the north: I will ascend above the heights of the clouds; I will be like the most High” (Isaiah 14:13-14). Sin began in his mind, and he CHOSE the WAY of sin.

In doing so he became Satan the devil. Jesus confirmed, “He was a murderer from the beginning, and abode not in the truth, because there is no truth in him. When he speaketh a lie, he speaketh of his own: for he is a liar, and the father of it” (John 8:44).

The first human being, Adam, had a choice (Genesis 2:15-17): Choose to rely on and submit to God, or choose to rely on and submit to his own will. Adam willfully chose the latter: the tree of the knowledge of good and evil (Genesis 3:1-6). He rejected God’s righteousness and chose carnal self-righteousness. This cut him off from God, His law and His Holy Spirit, and made him easy prey for Satan the devil (verses 22-24).

Human beings are not born with the spiritual love necessary to fulfill God’s royal law (James 2:8; Romans 7:7-12). Human love is carnal,selfish. God’s love is spiritual, selfless. The only place human beings can go to receive that love is God—yet Adam rejected God and as a result, most of his descendants were cut off from God!

But throughout history, God has given a tiny few the opportunity to be fed by Him spiritually. For those few, “the love of God is shed abroad in our hearts by the Holy [Spirit] which is given unto us” (Romans 5:5; Acts 2:38).

This is the only way that can give you spiritual sustenance: God’s righteous love (John 6:35).

Jesus Christ said, “Blessed are they which do hunger and thirst after righteousness: for they shall be filled” (Matthew 5:6).

We bring so many troubles on ourselves. God has no worries, fears, insecurities or convicted conscious about reaping what He sows. He has perfect faith—which we strive to emulate (verse 48). Partaking of the spiritual sustenance God gives helps us grow strong spiritually—strong in deed, in word and in faith (Matthew 4:4).

“Then Jesus said unto them, Verily, verily, I say unto you, Moses gave you not that bread from heaven; but my Father giveth you the true bread from heaven. For the bread of God is he which cometh down from heaven, and giveth life unto the world. Then said they unto him, Lord, evermore give us this bread. And Jesus said unto them, I am the bread of life: he that cometh to me shall never hunger; and he that believeth on me shall never thirst” (John 6:32-35).

God’s perfect, holy, righteous, spiritual character must be reproduced in us. The Holy Spirit being shed abroad in our hearts IS God’s righteousness (Romans 5:5) in contrast to worldly goodness, which is wickedness.

“Now, the purpose of God and the Church is that we hunger and thirst for and receive God’s righteousness. We have to become like God to become God! To become His children! God is not going to give eternal life to any of us unless and until we are like that, and have received that kind of righteousness, because we are to become God. The purpose is to make man supreme, with supreme spirit, like God; and supreme in character—the character of God, to become God” (ibid).

At the Second Coming of Jesus Christ, global hunger will end. “Therefore they shall come and sing in the height of Zion, and shall flow together to the goodness of the Lord, for wheat, and for wine, and for oil, and for the young of the flock and of the herd: and their soul shall be as a watered garden; and they shall not sorrow any more at all” (Jeremiah 31:12). Physical problems will meet with spiritual solutions. He will transform the world into a utopian paradise of prosperity (Isaiah 9:6-7). Finally, the tree of life will be opened to all mankind and His love will be shed abroad in their hearts by His Holy Spirit. All will hunger and thirst for God’s righteousness—and be filled, physically and spiritually.

Do you hunger and thirst for that? Brethren, we are called to hunger and thirst for that. That’s what we are called for! We’ve had our opportunity. We are having it now! We’re being judged now. We’re not going to get another chance later. The world has not had any chance yet. The world hasn’t been called yet. We have been called to come out of this world. This is Satan’s world. It is Satan’s world, started with the human Adam, which started obeying Satan.

Now, the purpose of God and the Church is that we hunger and thirst for and receive God’s righteousness. We have to become like God to become God! To become His children! God is not going to give eternal life to any of us unless and until we ARE like that, and have received that kind of righteousness—because we are to become God. The purpose is to make man supreme, with supreme spirit, like God; and supreme in character—the character of God, to become God.