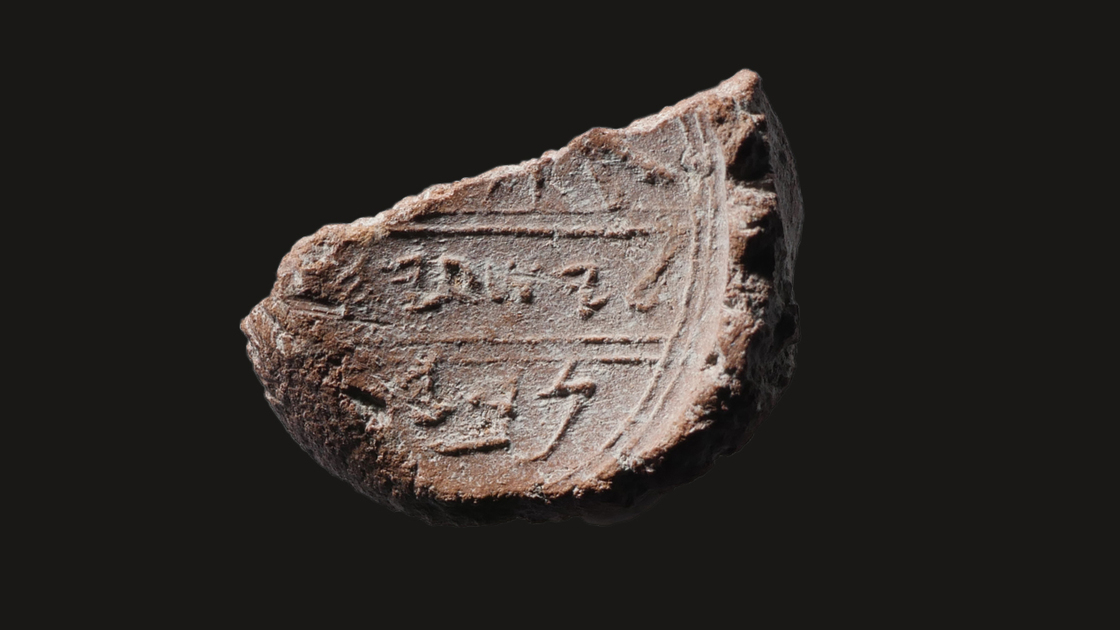 Dr. Mazar broke news of her discovery by writing for a special issue of Biblical Archaeology Review in honor of its retiring long-time editor. TheTrumpet.com reported the story minutes later with an article, a video presentation and a video interview with Dr. Mazar. She had privately shared advance news of the bulla with Philadelphia Church of God Pastor General Gerald Flurry and other staff who visited her in October and granted the Church permission to publish the discovery on theTrumpet.com immediately after the news broke in Biblical Archaeology Review.

The bulla discovery appeared on the front page of the February 23 Jerusalem Post newspaper and on JPost.com. TimesofIsrael.com and IsraelNationalNews.com also reported on the bulla, as did the Jewish Telegraphic Agency and Haaretz.com, which included the Trumpet’s video.

The story also appeared on FoxNews.com, Newseek.com, Yahoo News, NationalGeographic.com and the website of Smithsonian magazine.

Canada’s NationalPost.com and Freebeacon.com also ran the story, as did Britain’s DailyMail.co.uk and Express.co.uk. It also appeared on cnet.com, RT.com, LiveScience.com, Phys.org, DailyPakistan.com.pk, IBTimes.co.uk, TheDailyBeast.com, CBN.com, DeseretNews.com, Museum of the Bible, and on several other blogs including theBlaze.com, MelaniePhillips.com, DailyWire.com and other websites.

The bulla that has appeared on hundreds of thousands of screens and printed pages began as a tiny lump of wet clay that someone applied to a string tying shut a linen sack containing a document. A stamp made of stone was pressed into the clay to denote ownership, then it was left to dry and harden. After the recipient removed the clay bulla to access the document inside, the bulla was discarded and laid in the ground of the Ophel area in Jerusalem for about 2,700 years until late 2009 or early 2010. That was when Herbert W. Armstrong College graduates on Dr. Eilat Mazar’s excavation team uncovered it along with other bullae and picked it up during her excavation in a royal complex of the Ophel area. The area contains ruins and artifacts dating to Iron Age II (1000-586 B.C.), and archaeological evidence at the location in which this bulla was found shows that its original owner lived in Jerusalem between 800-600 B.C.

Dr. Mazar announced in December 2015 that one of the other bulla discovered here bears the name and insignia of King Hezekiah. This discovery was also widely covered by the news media, including the Jerusalem Post, Haaretz, Ynet, Reuters, the BBC, CBS, CNN, Fox News, Al-Arabiya, theAtlantic.com, and others, including theTrumpet.com. In March, the seal appeared in an Israeli exhibit at the United Nations attended by Prime Minister Benjamin Netanyahu.

Dr. Mazar began studying the Isaiah bulla in 2014. When it had been unearthed about five years previously, it was found at the same time as the Hezekiah bulla, in the same undisturbed group of artifacts, and in the same precise layer of soil, only 10 feet away. The find appeared to strongly corroborate the biblical record, which places the lives of King Hezekiah and Isaiah the Prophet in the 700s and 600s B.C. and mentions them together 15 times in the same verse.

The 1 centimeter-wide, oval-shaped artifact is missing its top left portion. Its impression consists of three horizontal sections. The top section appears to have depicted an animal, but most of the image is missing. Dr. Mazar said she thinks the motif was likely a grazing doe, symbolizing prosperity. (The book of Isaiah describes similar pastoral scenes in Isaiah 11:6; 13:14 and 35:6.)

The middle section bears the name “Yesha’yah[u].” The left side of the seal is damaged due to a finger touching it before it dried, and the damage obscures the last Hebrew character on the left (Hebrew reads from right to left). But scholars agree that for the word to be a name, the missing character has to be “u,” the Hebrew character vav, and the name has to be “Isaiah.”

The bottom section reads “nvy,” the Hebrew characters nun, beyt, yud. Some epigraphists, including Prof. Schmuel Ahituv, say that “nvy” must be a private name—Novior Novai—or must indicate that this Isaiah was a citizen of the town of Nob. However, the curved borderline of the seal indicates that the original impression had ample space for an additional character. Of the three possible characters, the most logical one is aleph.With the aleph, and with space in the middle section for the Hebrew character hey, meaning “the,” the impression reads “Yesha’yah[u] [hey] nvy[a],” “Isaiah the prophet.”