The Iron Bridge
The partnership between a religious leader and an archaeologist—and its value to young people
By Gareth Fraser • April 23, 2018 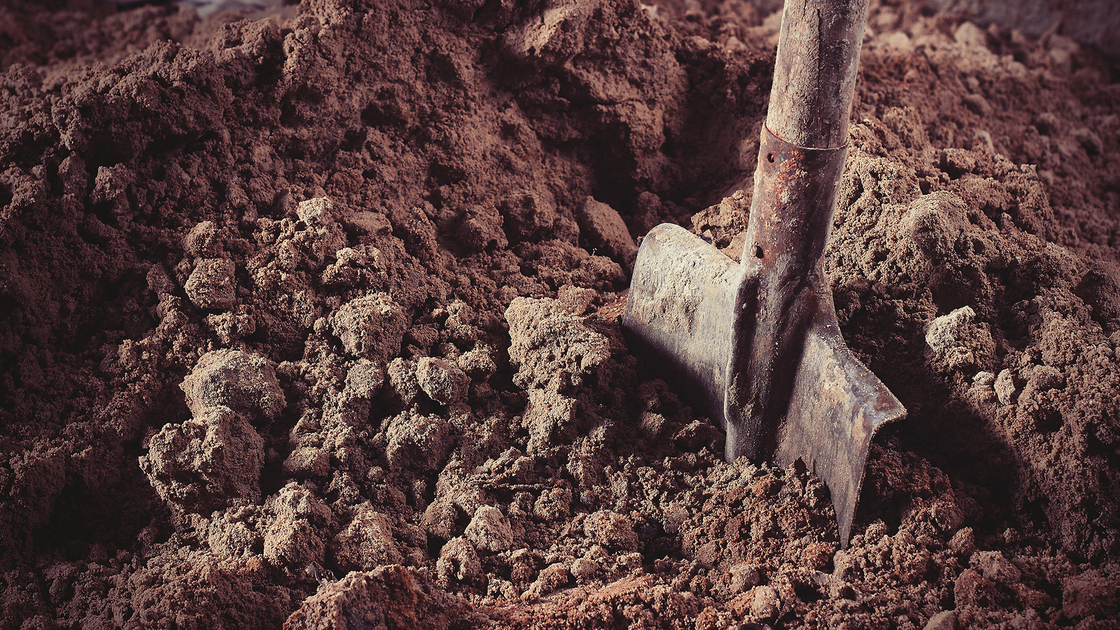 As a teen in the Philadelphia Church of God, you are well aware of our involvement in the archaeological projects in Jerusalem and have likely read about the discoveries—King David’s palace, the seals of Jeremiah’s captors, the menorah medallion, etc—that have been made there. You are also familiar with Dr. Eilat Mazar, the Israeli archaeologist who uses the Bible to inform where she digs and what she looks for—an utterly unique approach in the field of archaeology.

But are you familiar with the history of God’s Church in that area? The first archaeological projects were spearheaded by Herbert W. Armstrong decades before the founding of the pcg—and Eilat Mazar is not the first Mazar to dig in that area. Let’s look at the history of archaeology in God’s Church, how an iron bridge was formed between Mr. Armstrong and Dr. Benjamin Mazar, and how it impacted the Church’s youth!

In September 1968, two teachers from Ambassador College presented a proposal to founder Herbert W. Armstrong. The aim was to conduct an archaeological project a few miles north of Israel’s capital, Jerusalem. He sent two officials to Jerusalem to investigate if Jewish authorities would grant permission for the project.

At the time, Prof. Benjamin Mazar, archaeologist and former president of Hebrew University, was leading what Mr. Armstrong termed “the most important ‘dig’ so far undertaken, starting from the south wall of the Temple Mount. Three major United States universities had sought participation in this outstanding project. All had been rejected. But Professor Mazar offered a 50-50 joint participation to Ambassador College!” (co-worker letter, May 28, 1971).

This project was infinitely more significant than what was first proposed. “[A]bout mid-October (1968) I did fly to Jerusalem to look over this project,” Mr. Armstrong continued. “The ‘dig’ had been begun a few months before. I met Professor Mazar and inspected the project. It was much more impressive than I had expected. I began to realize the scientific and educational value to Ambassador College. A luncheon was held in a private dining room in the Knesset—the government’s capitol building. Present at the luncheon were five high-ranking officials of both the university and the government.”

At this luncheon, Israeli Minister of Tourism and Development Moshe Kol proposed “an iron bridge that could never be broken between Ambassador College and Hebrew University,” Mr. Armstrong related. “After 2½ years that ‘iron bridge’ has been greatly strengthened.”

The joint participation was made official on Dec. 1, 1968. “‘Do you want a formal, legal contract?’ I was asked. ‘My word is good,’ I replied. ‘And I believe yours is, too, without any legal entanglements.’ That was good enough for them, and our friendship and mutual participation has grown ever since” (co-worker letter, Aug. 19, 1976).

Mr. Armstrong readily admitted that once he stepped out in faith, he learned that this epic archaeological project contributed directly to the clearing of rubble and debris where Jesus Christ is to return (Isaiah 9:7).

Mr. Armstrong was so motivated by this new phase of God’s Work that between 1969 and 1970, he visited Jerusalem on an almost monthly basis.

Initially the focus was on the excavation of an area to the south and west of the so-called Temple Mount. These excavations were to later spread to the Jewish quarter of the city under Prof. Nahman Avigad, with the additional sponsorship of the Israel Exploration Society and Hebrew University.

At a November 1974 banquet in Tel Aviv honoring Mr. Armstrong—recognized as an international ambassador for world peace without portfolio—city officials, parliamentarians, ambassadors, diplomats and national journalists heard from Dr. Mazar. He spoke about certain details of the history of the special friendship between himself, Mr. Armstrong and the city of Jerusalem.

Dr. Mazar told the distinguished audience, “We have worked without interruption, gradually expanding the field of operation to the south, to the City of David, and to the west, to the Rephaim Valley, the central valley of Jerusalem” (Worldwide News, Dec. 23, 1974).

Dr. Mazar described the mutual passion he and Mr. Armstrong had for bringing to the light of day the excavated history of the 5,000-year-old city as well as to “reveal the greatness and the monumental splendor of Jerusalem in the biblical times” buried by rubble since the sacking of the city by Roman Emperor Titus 1,900 years earlier.

He continued, “It is for us a privilege that this important project is continuously supported technically, financially and manually and, may I say in addition, enthusiastically, by a prominent institution of learning, Ambassador College, headed by the distinguished chancellor, Mr. Herbert Armstrong” (ibid).

Dr. Mazar expressed his and his team’s gratitude for all the student support Ambassador College provided. Each summer, selected students and instructors from each of the college campuses in California, Texas and England traveled to Jerusalem to work at the excavation sites and provide assistance in photography and engineering. He told Mr. Armstrong, “Todah rabah,” which is Hebrew for “thanks very much.”

Dr. Mazar also said Mr. Armstrong was “a unique personality in a world of terrorism, animosity, prejudices and evil inclinations.” Mazar praised Mr. Armstrong as a “humanitarian, a sponsor of eternal, universal world ideas,” and referred to his frequent use of the Hebrew term shalom in relation to his relentless pursuit of “world peace and brothership between nations.”

Concluding his speech, Dr. Mazar turned the audience’s minds to Mr. Armstrong’s concentration on the Word of God. “But primarily he has firm faithfulness in the prophecy of Isaiah,” he said, paraphrasing Isaiah 2:2-3: “And it shall come to pass in the last days, that the mountain of the Lord’s house shall be established in the top of the mountains, and shall be exalted above the hills; and all nations shall flow unto it. And many people shall go and say, Come ye, and let us go up to the mountain of the Lord, to the house of the God of Jacob; and he will teach us of his ways, and we will walk in his paths: for out of Zion shall go forth the law, and the word of the Lord from Jerusalem.”

Dr. Mazar’s comments were made all the more poignant by the absence of his friend due to sudden illness. Mr. Armstrong lay resting in bed a few floors above the grand ballroom of the hotel as the elite assembly, gathered in his honor, listened intently below.

Dr. Mazar said, “Mr. Armstrong loves and admires Jerusalem, and wholeheartedly he believes in the future of Israel and the Holy City, and for him Jerusalem, the united Jerusalem, is not only the metropolis of Israel and the spiritual center of the monotheistic religions, but also the symbol of the great past and the hope for a better future of mankind” (ibid).

For almost 30 years, editor in chief Gerald Flurry has labored to continue the internationally recognized, honored and respected legacy of the work of Mr. Armstrong.

The revival of this joint legacy of the partnership between Dr. Benjamin Mazar and Herbert Armstrong was highlighted by the exclusive international premiere exhibit of unique Israeli artifacts, courtesy of the Armstrong International Cultural Foundation, at the performing arts jewel of America, Armstrong Auditorium, from January 2012 to November 2015.

The exhibit showcased actual seals from the captors of the ancient Prophet Jeremiah, which is not only undeniable proof of the biblical account, but also a powerful reminder of the enduring bond between the names Mazar and Armstrong.

This legacy, now perpetuated by the initiatives of Mr. Flurry and the Armstrong International Cultural Foundation, is one that someday will be appreciated by all. We begin to comprehend what God is doing through this relationship today as the ancient city of Jerusalem, the city of peace, is opened up. More importantly, the entire world will see what God was doing when the wonderful future of that strife-torn city is realized.