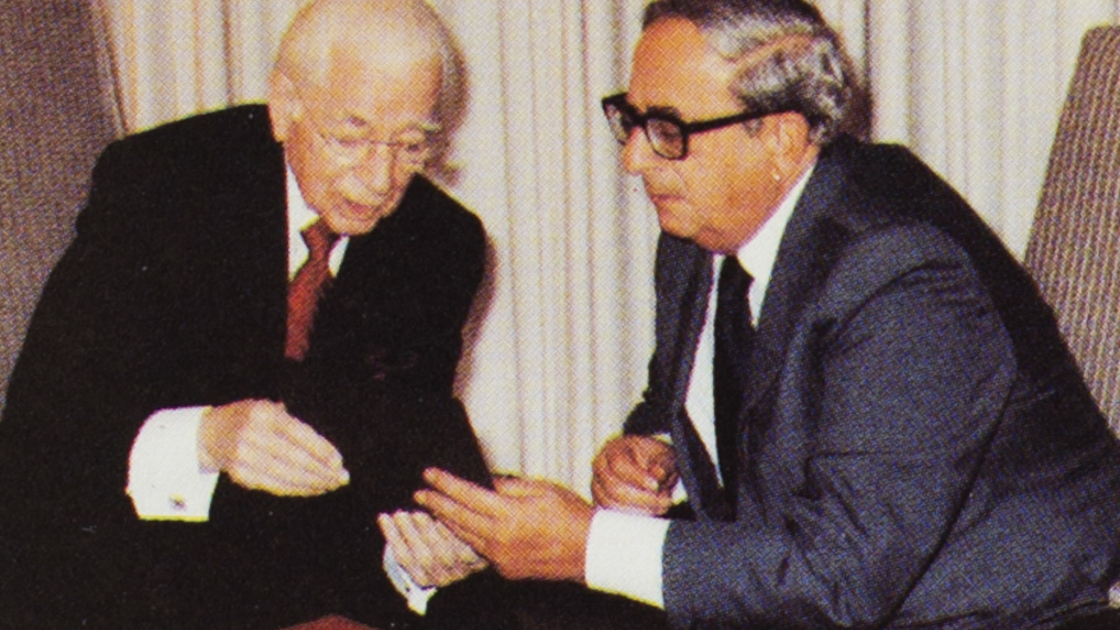 On Monday, Nov. 16, 1981, the Gulfstream ii aircraft touched down at Jerusalem airport. Authorities had provided special clearance by leaving open facilities and customs for Herbert W. Armstrong’s arrival. The atmosphere of the region remained tense following the assassination of Egyptian President Anwar Sadat just 41 days prior on October 6.

At the airport, Mr. Armstrong was welcomed by the former minister of tourism, Moshe Kol, former Israeli Consul General in Los Angeles, Michael Ravid, and their wives.

“Then Yemenite Jews danced, accompanied only by percussion instruments. When the temple was destroyed by the Romans in a.d. 70, the ancestors of the Yemenites vowed to give up all music until the temple was rebuilt. The appreciative audience included both Jewish and Arab parents (Worldwide News, Dec. 14, 1981).

“Professor Mazar rose and toasted Mr. Armstrong in appreciation of his and Ambassador College’s projects in Jerusalem for the past 13 years. He called Mr. Armstrong a ‘friend of Israel.’

“Professor Mazar said the relationship between Israel and Ambassador College has reached its barmitzvah (the celebration of a Jewish boy reaching the age of religious duty and responsibility)” (ibid).

Thursday, the internationally recognized ambassador for peace met with Prime Minister Yitzhak Navon. Two years before, Mr. Navon hosted a dinner in Mr. Armstrong’s honor at his presidential palace to celebrate 10 years of partnership between the Foundation and Israel.

Their past meetings had addressed the varied interpretations of peace and the gospel message of Matthew 24:14, which would ultimately establish divine peace. As with many other world leaders, Navon was presented with a gift of Steuben crystal by Mr. Armstrong.

As evidence of that close bond, during the discussion of this particular visit, knowing two days later his guest would be meeting for the first time with Egypt’s new leader, Mr. Navon asked Mr. Armstrong to pass along his personal greetings to President Hosni Mubarak and former First Lady Mrs. Sadat.

After the meeting, Mayor Kollek acted as tour guide for a visit to the Liberty Bell Garden. Previously the Foundation had donated a children’s playground for the garden.

Thereafter, the mayor escorted his guests to the various archaeological projects that the foundation helped support. That evening he hosted a dinner in Mr. Armstrong’s honor. Attending was the leader of England’s Rothschild family, Jacob Rothschild, representative of the London Opera House, Klaus Moser, and former New York City mayor, John Lindsay. Mr. Armstrong was toasted by his host, and responded by presenting a financial contribution to help the ongoing youth projects of the Liberty Bell Garden.

On Friday, with the successful trip completed, Mr. Armstrong was granted a rare honor reserved only for a few top-level Israeli government airplanes, when the Gulfstream ii was permitted to fly direct from Jerusalem to Cairo, expediting his meeting with the Egyptian president.

For further reading downloadA Warm Friend of Israel, which details the one-of-a-kind reception received by God’s sixth-era apostle in the land of Judah.