Jerusalem—A City of Hope?
A firsthand account of the conflict in Jerusalem
By Christopher Eames • Feb. 22, 2018 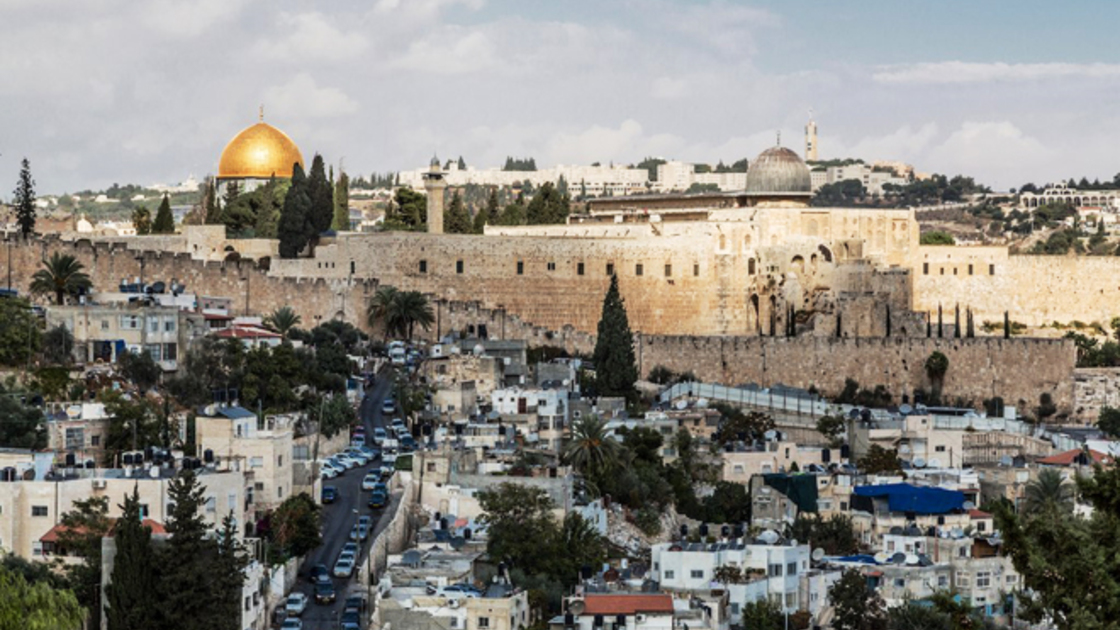 It is known as the center of the world. The city that is the closest to heaven. The holiest site on Earth. The City of Peace—Jerusalem.

Nothing could be further from the truth. Few cities in this world come close to the degree of war and bloodshed that Jerusalem has witnessed throughout history. Few cities have been so hotly contested. No city is as deeply divided.

Over the last couple of years, I had the opportunity to travel to Jerusalem and see the state of the City of Peace for myself.

Between 2012 and 2013, several Herbert W. Armstrong College students transited to Jerusalem to participate in an archaeological excavation of the Ophel area (situated to the south of the Dome of the Rock and al-Aqsa mosque, north of the City of David). It was the same location that Dr. Eilat Mazar had, through excavations several years earlier, dated immense walls to the period of King Solomon. We were eager to get our first glimpse of what is surely the greatest city on Earth, with its illustrious history and its glorious prophesied future.

What we saw took us by surprise.

You often hear about the divided nature of Jerusalem, where so much strife and contention is a part of day-to-day life. But when you are actually there, and get to know the people, and see for yourself the state of the city, the depth of Jerusalem’s problems—and thus Israel’s—become so much more real and close to home. People of all different walks of life shuffle through the stonework streets and towns, going about their day-to-day business: Ultra-Orthodox Jews wearing long black cloaks and wide-brimmed hats, praying in the middle of the street; Christians in flowing robes; Muslims draped in headscarves; the sound of minarets blaring Muslim calls to prayer periodically throughout the day; stray cats roaming the streets, picking through the litter on the sidewalks (they are a common sight—helping make up the population of approximately 2 million stray cats in the wider nation of Israel). It was unlike any other city I have visited.

The Old City in Jerusalem is split into four different quarters: the Jewish quarter, the Muslim quarter, the Christian quarter and the Armenian quarter. Those living and working in each quarter hold vastly different beliefs and ideas, and go about their lives in different ways. Huge tour buses come and go through the city, filled with wide-eyed Westerners and camera-happy tourists. Shops, markets, churches, synagogues and mosques open and close for business.

It was into this environment that we stepped. We were overjoyed by what we saw—not because of what the city was but what we knew it would become.

Work began at the dig site. Excavation tools were unloaded, and earth began to move as we started our quest to find Jerusalem’s history. While working on the excavation site, we had ample opportunity to converse with our fellow Israeli workers on religion, hobbies, politics—just about anything. We discussed the deep divide among the Israelis themselves. Many ordinary Jews harbor resentment against the ultra-Orthodox Jews, who are allowed to skip the mandatory military conscription, and who, to a large degree, live off state benefits and donations. They feel the ultra-Orthodox are not sharing the load of being Israeli citizens.

Dividing the country further, there is the ultra-Orthodox sect named “Neturei Karta” (Guardians of the City), who believe the nation of Israel should not exist until the Messiah comes to set it up. Members of the group actually met with Iranian President Mahmoud Ahmadinejad to discuss the dismembering of the nation of Israel. So not only could we see the nation of Israel divided by the many nationalities within its borders, but also by its own people. The words of Christ come to mind: “Every kingdom divided against itself is brought to desolation; and every city or house divided against itself shall not stand” (Matthew 12:25).

The excavations wore on. We had to be on guard while excavating so close to the Temple Mount walls. Once or twice, young Muslim boys threw stones from atop the wall in our general direction as we excavated—meaning that work on the dig had to stop as we took shelter. I remember walking to the dig one morning to find the road next to the dig site littered with large rocks that had been thrown from the wall and pulverized upon hitting the ground. I remember looking at photos from our Jerusalem dig around 2007. At that time, a swarm of black-garmented ultra-Orthodox Jews had entered the dig site protesting the work going on there—constant opposition from within and without. But the digging continues.

I was there to hear the air raid sirens wailing in Jerusalem (the first time in the city’s history), as two rockets from the Gaza Strip were fired at Jerusalem. I remember hearing the incoming rockets thud into the ground off in the distance—then hearing the cheers and fireworks from Muslims in the city as it happened. I remember traveling down to the town of Sderot, bordering Gaza, and taking video footage during Operation Pillar of Defense, watching rockets going into and coming out of Gaza, thinking on one of my excavation partners that had been called up from the dig to prepare for a possible ground invasion into Gaza. The Jews of Sderot go about their daily lives, rockets coming and going, not knowing when or where the next one will hit.

And the dig keeps going. Though the political debates, religious controversies and wars went on around us, no one could deny the cold, hard facts that we were pulling from the ground.

These facts prove Bible history true, that the people of Israel really do belong in the land of Israel. Facts like the bullae of Gedaliah and Jehucal. Facts like the earliest alphabetical inscription found in Jerusalem. Facts like the incredible gold horde discovered last year, dating to around the sixth century a.d., one item from the horde being a magnificent golden medallion bearing the quintessentially Hebrew shofar, Torah scroll and national emblem of Israel, the menorah lampstand.

Jerusalem is one of the most divided cities in the world. It is not a city of peace by any stretch of the imagination. Many of its streets are littered, abused by constant traffic of people who do not care for the sanctity of the location that is said to be the closest place on Earth to heaven.

But we saw a vision of the future for Jerusalem. A vision that became clearer as we unearthed finds from the time of King David. These finds prove that, even as King David really existed, God’s Word is sure. King David’s throne will continue until Jesus Christ returns to rule from that throne in Jerusalem—at last, a city of peace.