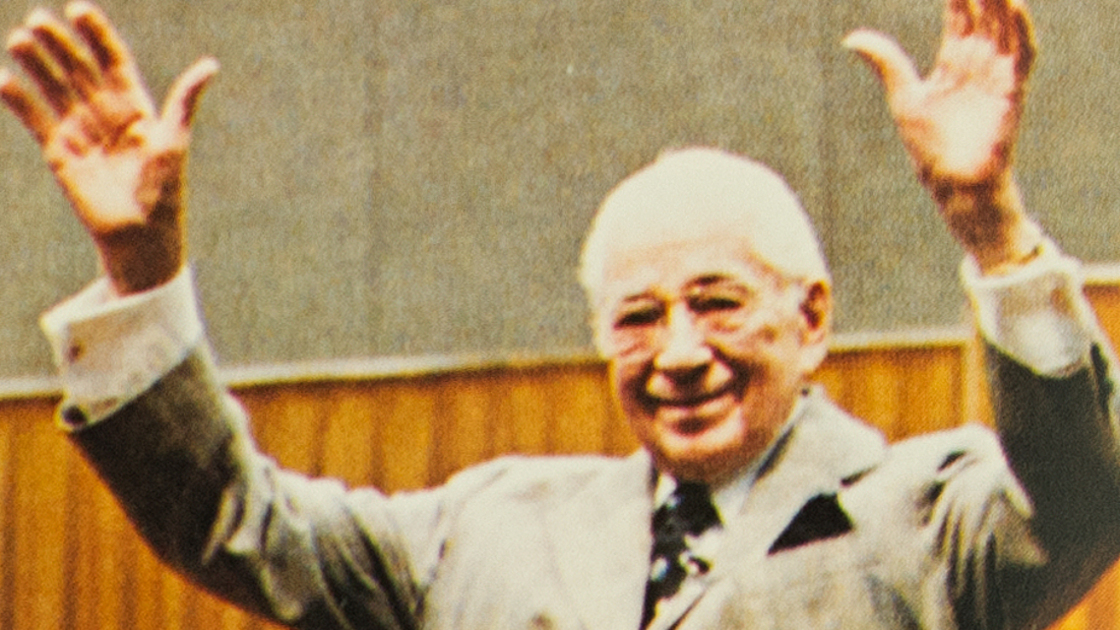 From January 19 through February 4, 1977, around 30,000 students from grades one through eight from Los Angeles area public and private schools attended a concert series of the famous June Walker Rogers musical Heidi, performed in Ambassador Auditorium.

“This story of Heidi, the little orphan girl who brings new hope to everyone her life touches, glows even more endearingly today than it has for generations. The way Heidi brings her gruff, old hermit grandfather back into the world and helps Clara, the invalid child, find health and happiness portrays the charming sentiment of the old world” (Stageplays.com).

With Herbert W. Armstrong’s approval, the play was produced by performing arts staff from the Ambassador International Cultural Foundation in association with a Milwaukee children’s theater. The Worldwide News of February 14 reported that the production featured “a professional cast headed by Barbara Malory in the title role and Philip Baker Hall as the grandfather.” Malory was well known for her roles on television in shows such as Room 222,Love Story, M.D., Movie of the Week and Marcus Welby. Hall was already known for his stage work on Broadway along with television in programs like Camera Three, Emergency, The Defenders and Good Times. With well-known Broadway credits like All The King’s Men and Here Comes the Clowns, Mark Schoenberg was charged with directing the special production.

Transported by bus during school hours, the students arrived at Ambassador College for the twice-daily, four-times-per-week performances. The general public were afforded a one-time-only viewing of the performance on January 30.

Those 30,000 children, teachers and the general public who attended the Heidi musical may be pleased to hear of an event on Dec. 30, 2012, hosted on the campus of Armstrong College in Edmond, Oklahoma. Over 1,000 eager concert-goers of all ages witnessed the world premiere of Jeremiah the Musical performed on the stage of Armstrong Auditorium.

“The musical tells the story of the Prophet Jeremiah, beginning with his reluctance to accept his calling, the conflict he faced as Jerusalem was besieged and his own people turned against him and his role in one of the most courageous rescues in the Bible. It culminates with the perpetuation of the Davidic covenant in Ireland” (pcog.org, Dec. 21, 2012).

With a large and diverse cast of 120, including Armstrong College and Imperial Academy staff, faculty and students, this spectacular event was opened to the public for free, and their rousing and long standing ovation at its conclusion confirmed the impact of this historic exclusive musical. So successful was this event that an encore performance was held on Jan. 20, 2013, watched by another enthusiastic capacity crowd.

Seated a few rows back from the stage, reminiscent of Mr. Armstrong at Ambassador Auditorium, was Trumpet editor in chief Gerald Flurry. His approval of the production, attendance, enthusiasm and support of this event which involved so many children performing as part of the cast or afforded free tickets and seated in the audience, underscored the ongoing commitment and dedication to relish and revive the restored true values of promoting the best of the human spirit, as evidenced in such performing arts gifts as these, to the community in the tradition of the legacy of Mr. Armstrong.