Which Days Should We Keep?
Does it make any difference which days we observe—or whether we keep them? Does the Bible establish whether we are to keep certain days holy to God? Were these days given to ancient Israel only? Are they binding today only on the Jewish people, while Christians are commanded to keep holidays such as Christmas?
By Herbert W. Armstrong • Feb. 19, 2018 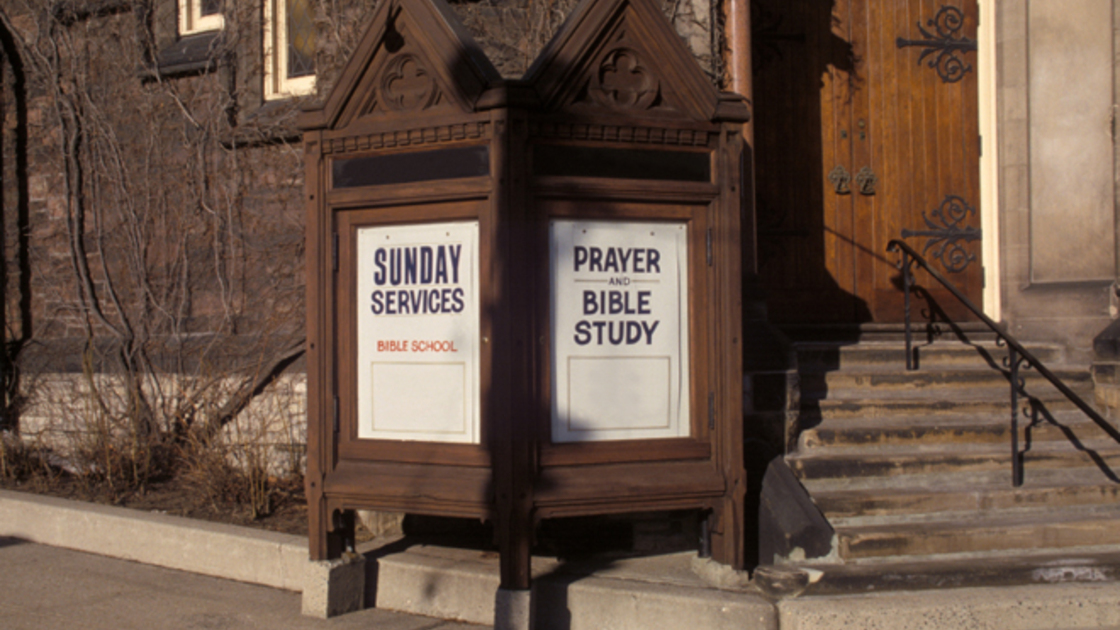 In the seventh chapter of the book of Daniel is an amazing prophecy picturing for 2,500 years into the future, from the day it was written, the course of the Gentile kingdoms.

Starting with the ancient Chaldean Empire of Nebuchadnezzar, this prophecy foretells the successive world rule of the Persian Empire, Alexander’s Greco-Macedonian kingdom with its four divisions, and finally, of the mighty Roman Empire. Out of the original Roman Empire, symbolized by 10 “horns” growing out of the head of a “beast,” are pictured the 10 resurrections of the Roman Empire that have continued since its fall to the present, and are scheduled to continue until the coming of Christ.

Among these 10 kingdoms which have ruled in the Western world since the fall of Rome to the present, appeared another “little horn,” whose “look was more stout than his fellows.” In other words, another government, actually smaller, yet dominating over all the others. Students of prophecy recognize this “little horn” as a great religious hierarchy. And in the 25th verse of this prophecy, it is stated that this hierarchy shall “think to change times and laws.”

How Time Was Changed

This same power is mentioned again in the 17th chapter of Revelation, here pictured as ruling over the kings and kingdoms of the Earth, persecuting the true saints.

In every possible manner, this power has changedtime!

God begins the days at sunset, but “the little horn” has changed it so the world now begins the day in the middle of the night by a man-made watch.

God begins the months with the new moons, but this “little horn” has induced the world to begin the months according to a clumsy man-made calendar of heathen origin.

God begins the year in the early spring, when new life is budding in nature everywhere, but ancient heathen Rome caused the world to begin the year in the middle of dead winter.

God gave His children a true rest day, designed to keep them continually in the knowledge and true worship of the true God—a memorial of God’s creation—the seventh day of the week. But the “little horn” has fastened upon a deluded world the observance of the days on which the pagans worshipped the sun, the first day of the week, called Sunday.

Ancient Rome’s pagan holidays have been chained upon a heedless and deceived world. These include certain annual holidays—Christmas, New Year’s, Easter, as well as many more, every one a pagan day—every one used to stimulate the sale of merchandise in the commercial markets. Upon honest investigation, the earnest seeker after truth learns that these days are all of heathen origin and pagan significance. He learns that he can have no part in them.

Let us honestly open our Bibles, and prayerfully investigate. We are told to study—not argue, not to refute, but—to show ourselves approved unto God—to learn God’s will. We are commanded, as Christians, to grow in knowledge as well as in grace (2 Peter 3:18). All Scripture is given by inspiration of God and is profitable to correct and to reprove us, where we have, through assumption, false teaching or prejudice, been in error.

Most people have supposed that all the annual sabbaths and feast days of Israel were done away. And yet Church history shows that the early true Church did, for more than 400 long years at least—perhaps much longer—after Christ’s resurrection, continue to keep and observe these annual holy days given by God!

And just as the Sunday observer is inclined to look, at first, upon any argument for the weekly Sabbath with prejudice—as a heresy—and to examine every argument only in an attitude of attempting to refute it, so it will be only human—only natural for us, if we are not on our guard against it, to look upon any presentation of these annual sabbaths in the same spirit of prejudice.

But remember that “He that answereth a matter before he heareth it, it is folly and shame unto him” (Proverbs 18:13).

Let us, therefore, in willing submission to God, to His will, with yielded hearts free from prejudice, with open minds desiring truth more than our own way, trembling before the sacred and holy Word of God, ask God humbly for the direction of His Holy Spirit. And in this prayerful, submissive, willing, yet careful and cautious attitude, study this question—proving all things.

Let us warn, too, that certain objections will be sure to come to the mind—all of which, will be dealt with and explained later on. But unless the reader is careful to guard against it, the mere presence of this objection in his mind will, to him, overthrow each point as it’s presented—and then, when the objections are later explained, the points made will not come back to the mind, unless the whole exposition of the subject is carefully studied again from the first.

When did the true Church begin? In Acts 7:38 we learn that the congregation of Israel was called the church in the wilderness, in the days of Moses.

Israel was both church and state. As a kingdom, it was for years ruled by a system of judges, over fifties, hundreds, thousands, etc., later having a king. But as a congregation, or church, Israel was organized with a leader—Moses, Joshua, etc.—and the priests of the tribe of Levi. The law of Moses contained those ritualistic or ceremonial laws which were added, because of transgressions, to the Old Covenant—added until Christ—to teach and instill into them the habit of obedience. These consisted of meat and drink offerings, various washings, physical ordinances. Also they had the sacrifices, as a substitute for the sacrifice of Christ.

Prior to the Law of Moses

In the 12th chapter of Exodus, while the children of Israel were still in Egypt—long before any of the law of Moses had been given—prior to the time when God revealed to Moses and the Israelites He would make the Old Covenant with them—we find God’s annual holy days being observed.

And in the 23rd chapter of Leviticus we find a summary of these annual holy days, or set feasts.

Now when God made the Sabbath for man, He gave man a rest day carrying great significance and purpose. To His church in the wilderness, God said that the Sabbath was a covenant sign between Him and His people. A sign is a supernatural proof of identity. It is the sign by which we know that He is God. How does it prove that to us? “For in six days the Lord made heaven and earth, and on the seventh day he rested.” It is a memorial of creation.

And creation is the proof of the existence of God. Creation identifies God. The Sabbath is a weekly memorial of creation. A weekly reminder of God’s power to create. Therefore it identifies God to us—keeps us in the true memory and true worship of the true God. No other day but the seventh day of the week could have that great significance and meaning. It was designed to keep us in the true worship of God.

The Purpose of Holy Days

Now in like manner, when God gave His Church seven annual sabbaths, God, in His wisdom, had a great purpose. These days, too, were given to keep God’s children in the true memory and worship of God by keeping us constantly in the understanding of God’s great plan of redemption. For these annual days picture the different epochs in the plan of spiritual creation—mark the dispensations, and picture their meaning.

The whole story of spiritual regeneration was, in these feast days, to be reenacted year after year continually. They have vitally important symbolism and meaning.

It is a historic fact that any nation which ever profaned God’s holy Sabbath (weekly), has lost contact with and knowledge of the true God, and gone into idolatry. The only nation which ever did keep God’s Sabbath is the only one that kept the true memory and worship of the true God—and only when they kept the Sabbath. When ancient Israel began to profane God’s Sabbath, it began to worship idols!

And in the same way, when in these New Testament times we have failed to observe God’s annual sabbaths we, as a nation and people, are without knowledge of God’s true plan of reproducing Himself.

The so-called Christian churches today do not understand or teach what sin is—they do not teach that sin must be put away—they do not understand what man is, the purpose of life, the meaning of being born again, and of the indwelling presence of the Holy Spirit—they do not understand that God’s Church, today, is not to convert the world, but to proclaim the gospel of the Kingdom as a witness, to live a life of overcoming sin, enduring unto the end, and that the overcomers shall reign with Christ, being kings, and priests, in His Kingdom.

They do not understand that Christ is coming again, and those who preach the Second Coming fail to understand its meaning and purpose. They have no knowledge or conception of the good news of the coming Kingdom of God—the only true New Testament Bible gospel.

Not understanding these vital steps in the true plan of regeneration, the Christian churches teach that the law is abolished. They teach the pagan doctrine of the immortality of the soul, going immediately to heaven or hell at death—and they teach that death is only life.

And all is confusion!

God’s feasts, or holy days, or sabbaths, were commanded to be kept year after year, and forever! We ask the reader to retain an open mind, for we shall prove that forever, in this case, means forever!

Thus God purposed to impress the truths these “high” sabbaths picture upon all the minds of His children through all time, keeping His Church in the true understanding of His plan!