It’s Just Stuff
What I learned from a watery trial
By Christina Dattolo • Jan. 4, 2018 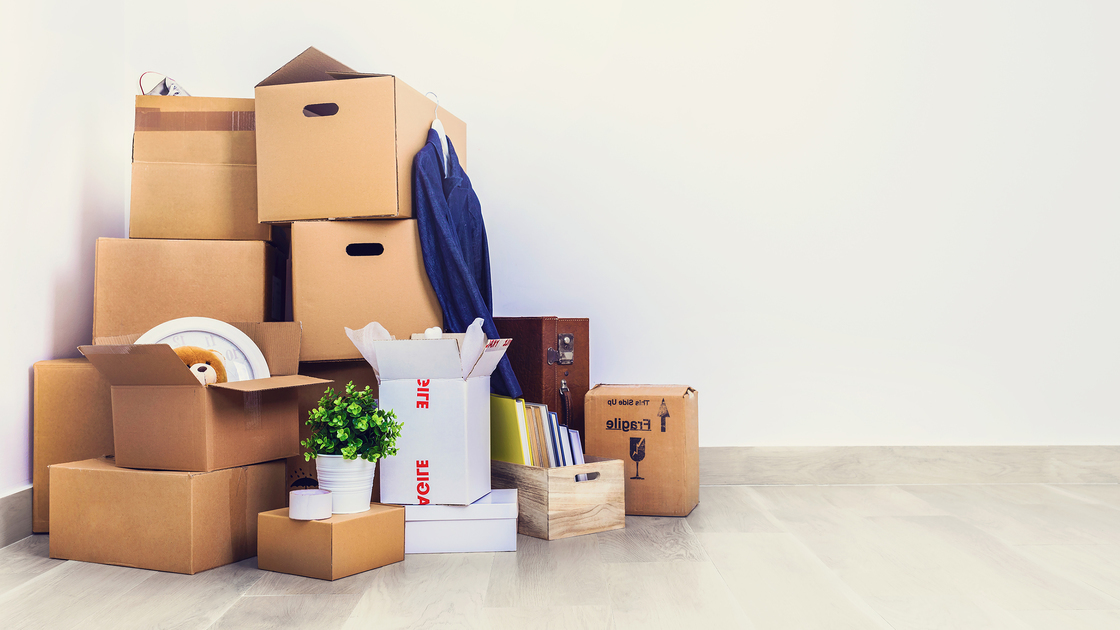 “This feels a little like the Titanic!” my friend said as we staggered up the stairs, arms laden with boxes to add to the ever-growing pile. I grinned halfheartedly at him and set my box down with a sigh. As I trudged back downstairs, my sneakers squished loudly. Although they were wrapped in plastic bags to keep the moisture out, they were soaked nevertheless.

As I reached the bottom of the stairs, I surveyed the flooded basement. Salvaging its belongings had been our occupation since the early evening, and it was now ten o’clock at night. We had spent the earlier part of the day digging trenches around the house, trying to keep the water from the main level. There had been a record amount of rain over the summer, and the lake behind our property had steadily risen past the tree line. The sump pump had failed a week before, flooding our basement not once or twice—but three times. And this time, there was no saving it.

My eyes swept over the furniture: the air hockey table, the bookshelves, my dad’s desk, the spare bed, the Persian rugs—all ruined. The floor was warped, and the tiles shifted under my feet as I lifted yet another box.

I don’t understand why this is happening. This is so stressful! Why is God allowing this? The same questions kept racing through my head, long after our friends had left and my parents and I headed off to get what sleep we could.

I tumbled into bed, shivering. I thought mournfully of the furnace and the hot water heater, which were both sitting in five inches of water. Great. I can’t even look forward to a hot shower in the morning, and who knows when we’ll be able to turn the heat back on? With these troubled thoughts in mind, I eventually fell into a fitful sleep.

The next day, safety inspectors came to the house and told us that it was unsafe to live in. We were given two days to evacuate.

During those two days, we hurriedly packed boxes with anything that was still dry. Members from the local congregation had offered to put us up, so we had a place to stay—but we could not fit all our belongings into the members’ house. Additionally, the storage locker we rented could not hold all of our things—a lot of it had to go.

I remember frantically packing boxes of books to get rid of, throwing clothes out in garbage bags, and discarding old VHS tapes I didn’t even know we had. I remember saying goodbye to my room, then running out to the car and driving away from our home of five years.

In just two days, we had moved. I would not have thought such a thing possible, yet it had been done. We had successfully evacuated—but now what?

At the time, I did not understand why God allowed this tremendous trial. However, over the next several weeks, it became apparent to me that God was teaching me and my family an important lesson: It’s just stuff.

In today’s society, it is all too easy to become attached to material things and forget what is really important. Matthew 6:33, however, gives us the right perspective: God comes first, and everything else after—not the other way around.

In the two weeks that we were “homeless,” I had a lot of time to think and pray about what had happened, and I came to a startling realization: I had been placing too much value on stuff! My attitude was not what it should have been. I could not see beyond the loss of all those material things. As it turns out, I was just fine without them! God was helping me to look past the momentary inconvenience and see the bigger picture.

The trial we went through was painful, but it made me step back and look at what I was putting first in my life. Ultimately, even our house was just a material object—it was not as important as I thought it was. I began to see that it doesn’t really matter where I live or what I have—God knows what is best for me. He knows what is best for all of us.

After two weeks of living out of boxes, God did bless us with another house. This house was significantly smaller than our old house, so we had to sell even more of our possessions before we could move in. My room was much smaller than my old room had been. But we had a roof over our head, and we were just fine—even without as much stuff as we had before.

Now, God is moving us again, and I have already thrown out more clothes! But I am thankful for the trial earlier this year. It taught me to focus on pleasing God and doing whatever I need to do to support His Work. And if that means giving up some old stuff—so be it. I don’t really need it anyway.