How the Gospel Was Taken Around the World
God’s modern method of preaching the gospel to the world
By Gareth Fraser • Dec. 19, 2017 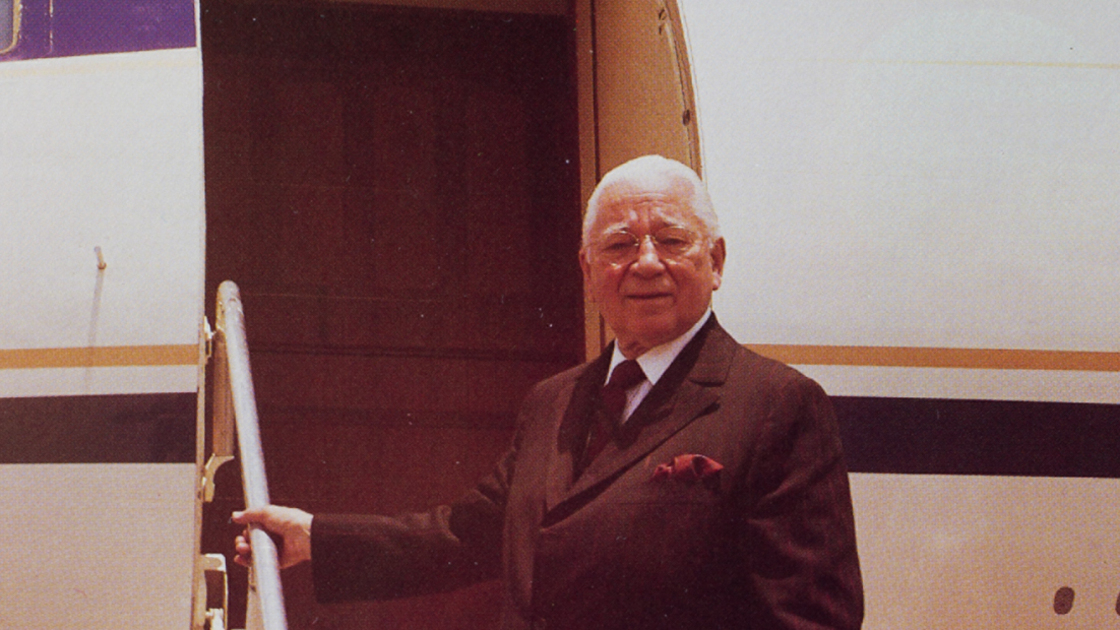 Apostle means “one sent forth” with authority to deliver a divinely-inspired message. Apostles are messengers. About 2,000 years ago, Jesus Christ commissioned His apostles to preach the message of the Kingdom of God to the citizens of Jerusalem (Matthew 10:5-6). This message was the gospel (Mark 1:14-15).

After Christ’s death, those apostles traversed thousands of miles throughout the Roman Empire, via three primary forms of transportation—on foot, on horseback or traveling by sailboat—to preach the message of God’s coming future government.

In stark contrast to the first century, the sixth era of God’s true Church was provided a means of transportation that could cover more miles in a single day than any one of the apostles could have covered in an entire lifetime: the airplane.

One of the birthright blessings that the descendants of Abraham received from God was the means by which to invent air travel. Wilbur and Orville Wright began the progression to today’s high-tech passenger jet airplanes in 1903 with their four short flights at Kitty Hawk, North Carolina. Because of this astounding invention, God’s Work was able to soar to new levels of effectiveness during the 20th century.

Jesus Himself prophesied, “And this gospel of the kingdom shall be preached in all the world for a witness unto all nations; and then shall the end come” (Matthew 24:14). In the sixth era of the Church, the gospel was preached through Herbert W. Armstrong, and in order to most effectively preach the gospel to the world, God’s apostle was required to utilize this invention. Though he had to battle and overcome a fear of flying at first, Mr. Armstrong went on to fulfill this divinely-inspired commission through traveling around the world by plane.

The Need for an Aircraft

As the Autobiography of Herbert W. Armstrong details, Mr. Armstrong began his travel on foot, just as the original apostles had. He then utilized trains, boats and automobiles. His first airplane flight came on Dec. 7, 1941. He was traveling between Seattle and Portland in order to keep up with his hectic World Tomorrow radio program schedule.

“This was the first time in my life I had ever been up in an airplane,” he wrote. About 15 minutes after takeoff, the captain quietly informed the first few rows of passengers of historic news.

“When he came to me, he said he had just received word over the plane’s radio that the Japanese had bombed Pearl Harbor that morning, December 7—that the United States Navy fleet stationed there had been knocked out. The captain had spoken so quietly to prevent any excitement of hysteria on the plane.”

In the 1950s, Mr. Armstrong traveled to North Africa, the Middle East, Europe and Eurasia by airplane. His wife and eldest son, Richard David, often accompanied him on the trips. They traveled by commercial jet.

Eventually, it was necessary for the Church to purchase its own aircraft. The first airplane Mr. Armstrong used to further the delivery of God’s gospel message was a Falcon Fan jet. This was later replaced by the Gulfstream ii, which was bigger and could travel farther. This plane served the Work for 14 years, covering more than 3 million miles. In 1984, the Church upgraded to a Gulfstream iii.

People might wonder why the Church needed an aircraft—some might think that it was a lavish and unnecessary expense. In the 1985 Behind the Work film, which played at all Feast of Tabernacles sites worldwide, Mr. Armstrong personally explained that his travels were of unsurpassed value in helping him to fulfill the commission of preaching the gospel to the world as Christ prophesied in Matthew 24:14. And in order to travel, he needed an aircraft.

In that Behind the Work film, Mr. Armstrong explained his talks with heads of government. He did not go to them with a religious message about accepting Jesus Christ as their Savior. If he had done that, the world leaders would not have listened to him—especially the ones who had different religious beliefs.

Instead of preaching Christ to them, he talked about world conditions and problems they had to deal with. He talked about the causes of those problems—about why the world did not have peace. He explained that sin, the violation of God’s law, was the cause of the problems, but he did not use religious terms like “sin” and “God’s law.” That would have gone over their heads.

Instead, he talked about the way of get versus the way of give. He explained that everyone in the world wanted to get for himself, and that was what caused all the problems. If people were focused on giving to others—loving them and being just as concerned for their welfare as they were for their own—the problems would be solved.

Mr. Armstrong spoke to these men about the Kingdom of God—about how Jesus Christ was going to return and rule with God’s government. And he told them that when Jesus Christ returned, there would finally be true world peace.

The leaders Mr. Armstrong spoke with could understand him. They were practical men, and they understood that giving to and loving others would lead to peace. They even saw Mr. Armstrong as an ambassador for world peace. When he talked, they listened.

In this way, Mr. Armstrong preached the gospel message around the world, just as Matthew 24:14 says. And he was able to reach so many world leaders because he had a means of transportation that allowed him to travel quickly and efficiently. Without the Gulfstream ii and iii, Mr. Armstrong would not have been able to fulfill the Philadelphia era’s commission as thoroughly as he did!

Mr. Armstrong died on Jan. 16, 1986; the Laodicean leadership of the Worldwide Church of God eventually sold the Gulfstream iii and purchased a larger commercial airplane instead. They spent more money on fueling this aircraft, and they used it to transport a larger entourage of associates around the world, but they did not do so to preach the gospel. They changed their focus entirely.

In the meantime, God was preparing another apostle to continue preaching Christ’s gospel. God would have this man focus on prophesying again: “And he said unto me, Thou must prophesy again before many peoples, and nations, and tongues, and kings” (Revelation 10:11). This man was to preach the gospel to the world once again, but this time, he would focus on warning the world since he could see the sword of the Great Tribulation coming (Ezekiel 6:3; 33:2-3).

As a warning meant specifically for the Laodicean ministry who had rejected the commission of preaching the gospel, God revealed Malachi’s Message to God’s Church Today to this man—Gerald Flurry—and had him take it to the Laodicean ministry as a warning. When they rejected the warning and fired Mr. Flurry, Christ left the wcg and moved His lampstand to the Philadelphia Church of God (Revelation 1:20; 2:5).

For the past 28 years, Mr. Flurry has trumpeted the royal vision of God’s “prophesy again” message. He also has walked by foot, driven by car, and flown around the world by aircraft preaching Christ’s gospel. Recently, the pcg acquired a Gulfstream G-450 to aid in fulfilling the commission—just as Mr. Armstrong did. The gospel is once again going around the world, and this time, the completion of the Church’s commission will lead directly to the event that this gospel is centered around: the return of Jesus Christ and the establishment of the Kingdom of God—the government that will finally bring world peace.